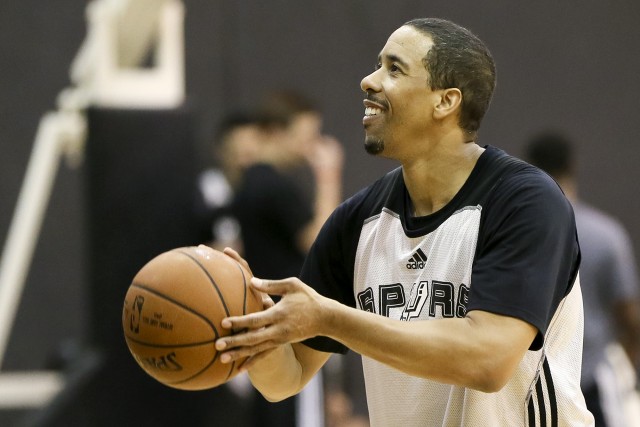 In his 19-plus seasons on the Spurs’ bench, Gregg Popovich has often found himself fantasizing about players he would have loved to coach.

Some names, such as Kobe Bryant and LeBron James, are obvious.

Then there are the lesser-lauded players who just seem to have been pre-programmed to play the game the Spurs Way.

Andre Miller is one of those.

“He’s one of those players you look at and say, ‘Boy, I could figure out how to fit him in,’” Popovich said. “He has been such a great player for several teams, and he does the same thing (everywhere). He’s just a pro, the consummate pro.”

It took almost 17 years, but at last Popovich has a chance to put Miller’s skills to use for the Spurs.

The veteran point guard went through his first full practice with his new team Tuesday, less than 24 hours after inking a free-agent deal for the remainder of the season.

He could be active Wednesday, when the Spurs return from their rodeo trip to face Detroit at the AT&T Center…..Read More