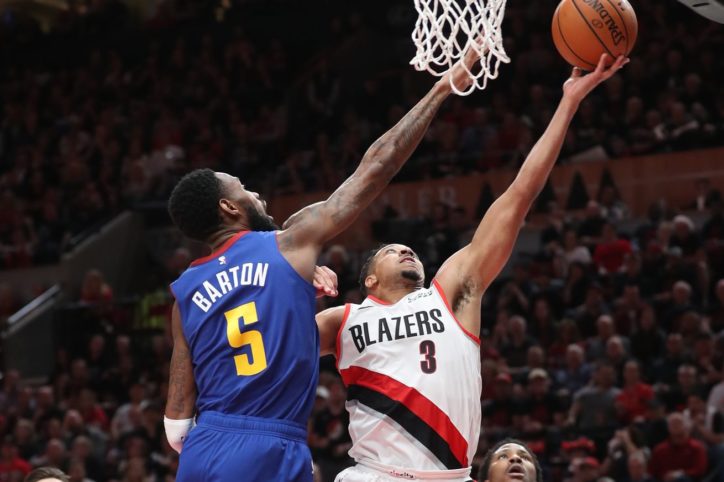 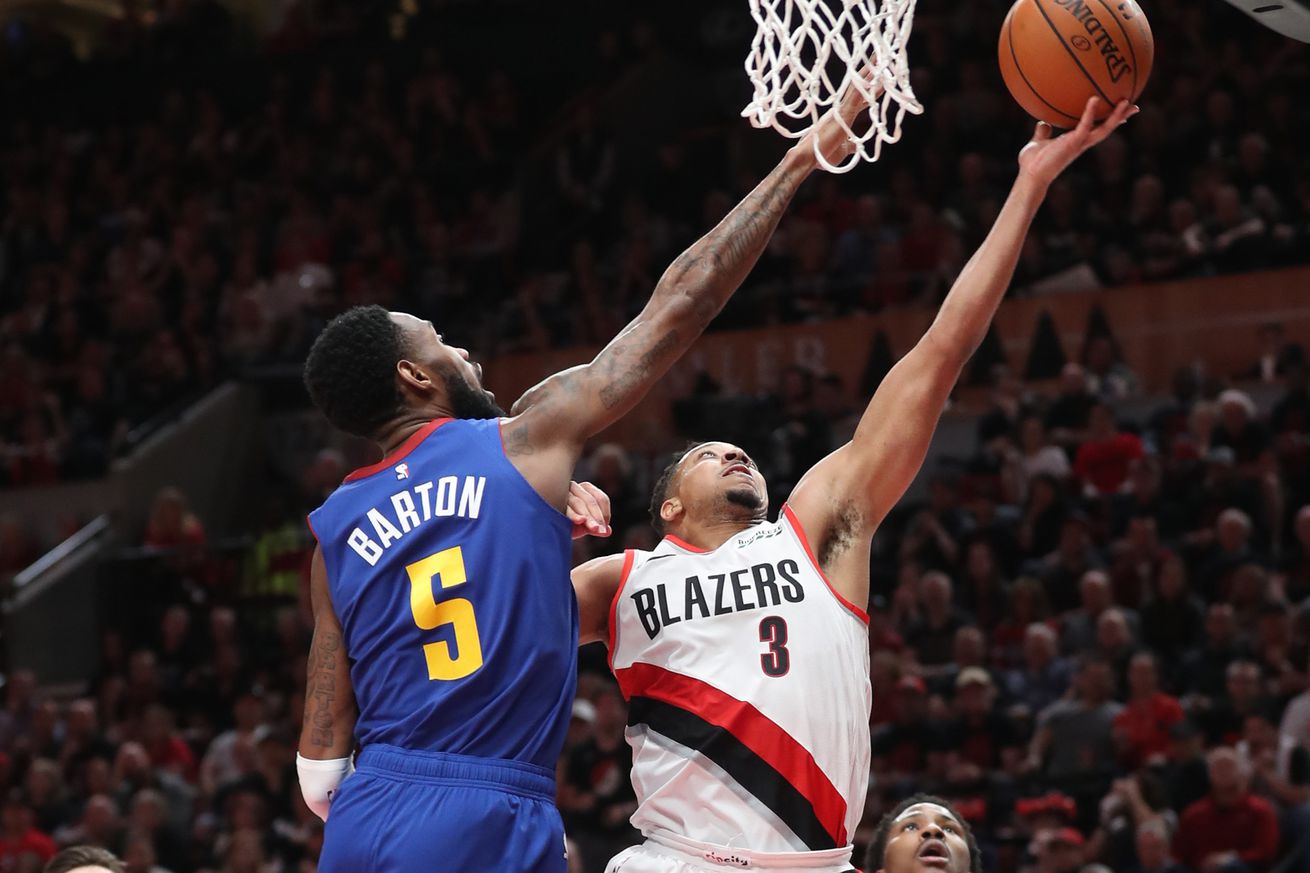 The playoffs can still be fun, even if your team is out.

The Trail Blazers outlasted the Nuggets in a 4 OT marathon on Friday night to take a 2-1 lead in their second round match-up. Far from over, the series appears destined to go the distance, though the Nuggets now face a potential 3-1 deficit as they head into Game 4 on the road on less than 2 days rest.

Both teams will have to dig deep to be ready for another 48 minutes of basketball (at least) and whoever has the most left in the tank probably takes the game. So far, through their first 12 quarters and 4 overtimes, the two teams are separated by just 2 points.

Game 3 was a microcosm of the series in that respect, as the game was within 5 points for the last 7 and a half minutes of the 4th quarter and through all 4 overtime periods. In the end, despite nearly heroic performance on both sides, it was a late substitution that swung the outcome.

With a little under 2 minutes to go in the 4th OT, Rodney Hood checked in for Maurice Harkless. Hood, who was catching DNP’s not that long ago, went to work on Jamal Murray, knocking down two straight jumpers to tie and then take the lead. More importantly, after Paul Millsap dropped in an incredibly difficult falling left-hander to retake the lead that could have easily drawn an and-1, Hood did this:

Those 7 points from Hood won the game for the Trail Blazers and put them in the driver’s seat in this series. That could make this a heartbreaking loss for the Nuggets, but on the flip side, if any one of a hundred things had gone differently, they could’ve easily won this game and taken back home court advantage.

This also isn’t the first time the Nuggets have been down 2-1 on the road. Spurs fans probably remember all too well being in this exact same situation against this Nuggets team, so there’s little doubt the Denver squad will fight back.

As they do, it’s probably fair for Spurs’ fans to wonder how their team would’ve fared had they managed to move on. It’s easy to forget with all the hubbub around No-Foul-gate, but that series was close, too. Over 7 games, with home court advantage, the Nuggets outscored the Spurs by just 13 points.

While the Trail Blazers, with their two dynamic guards, are better equipped to take advantage of the Spurs’ defensive weaknesses, they would struggle to cover LaMarcus Aldridge and would be more susceptible to the Spurs’ bench scorers, especially Davis Bertans, which would make for an interesting chess match between two great coaches.

One other thing Spurs’ fans should take from this series is how irrelevant some common narratives are to what actually happens on the floor. Nikola Jokic’s conditioning comes up nearly as often as his incredible offense talent, and rarely in a good light. And yet, the Serbian big man played nearly 65 minutes, including every second of the 2nd half and all 4 overtimes.

He played so much it broke the NBA app:

The NBA app wasn’t ready for anyone to ever play more than 60 minutes, so it just started over for Nikola Jokic… pic.twitter.com/xFgDnWmMsh

And Basketball-Reference wasn’t ready either:

Just something to keep in mind as the world discusses the Silver and Black this summer.

You can read more about the actual game (it was amazing, you know you want to) over at Blazer’s Edge and Denver Stiffs.