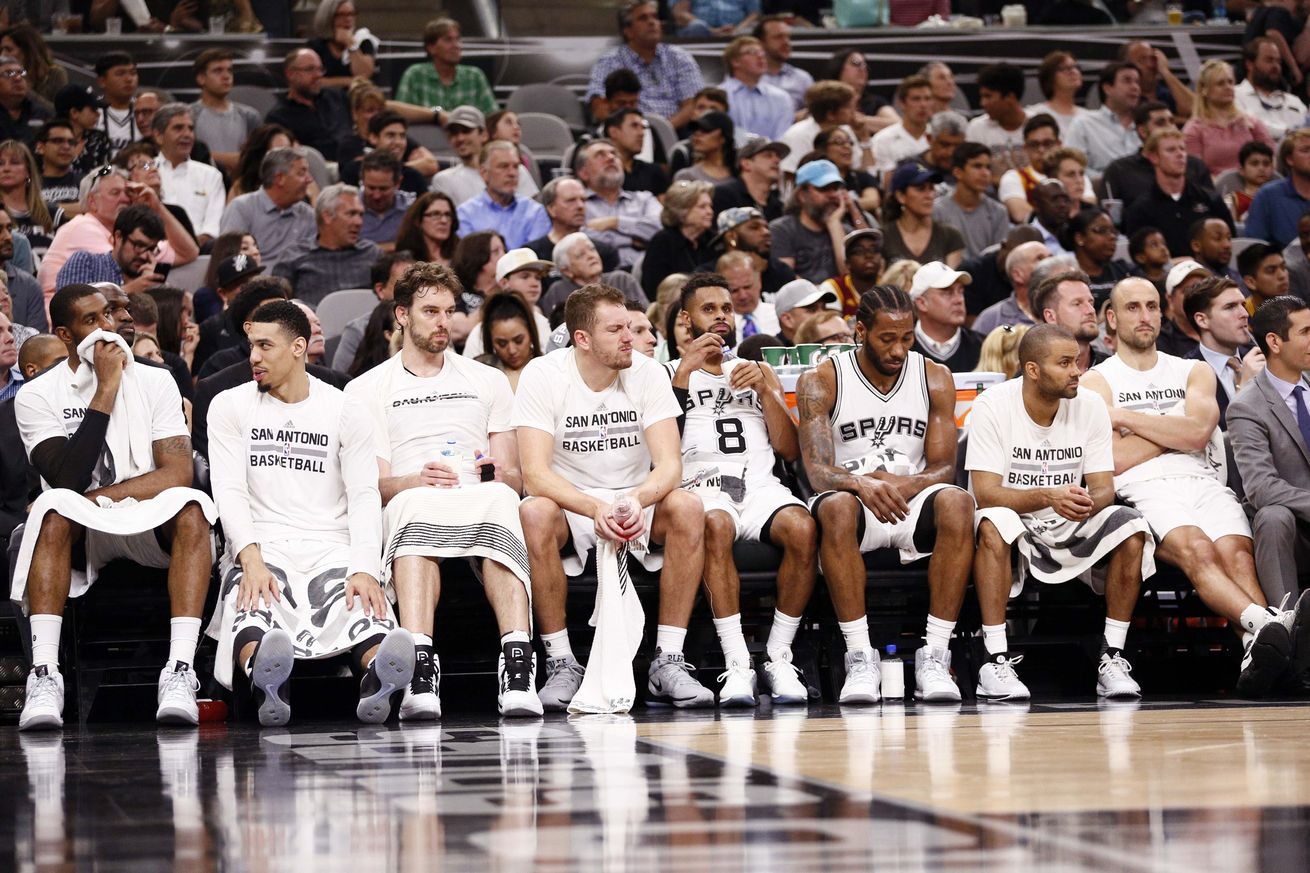 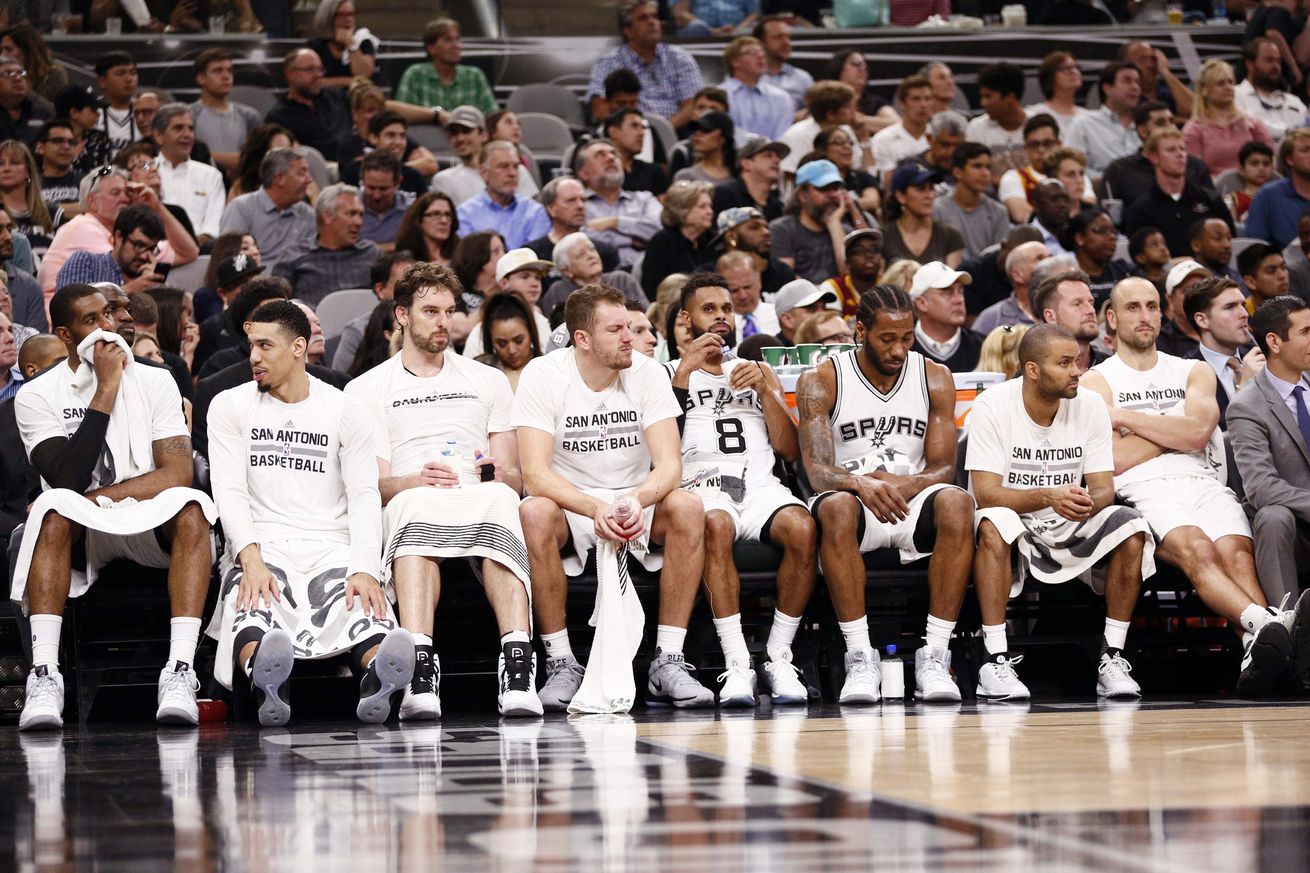 After a rocky end to the regular season, the Front Office is taking the practice of resting to extreme lengths in hopes for a more productive postseason.

In an unbelievable attempt to steady the course going into the postseason, PATFO is testing the practice of resting not only players, but also the Spurs’ support staff. So today’s announcement that the Spurs’ veteran payroll manager Janine Rodriguez will sit out all of next week comes as no surprise. Rodriguez’s absence indicates a larger trend—paying staff to abstain from working. Senior VP of Finance, Bronwyn Davies-Shapiro, explains her decision to rest employees, challenging, “Rest is a trade off. Which is more important—releasing every paycheck in full on time, or making the payments when they count?”

Now in her sixth season with the Spurs organization, Rodriguez plays a pivotal role in the accounting department. She dominates in fund transfers, and has logged career-high minutes in code compliance during six of the last ten pay periods. This level of productivity is as taxing as reporting taxable wages.

“No player would disagree with a well-timed DNP,” admits Manu Ginobili, “but I have not been paid in three weeks.”

Innovations in analytics have helped us understand the physical conditioning required for such a tireless desk job. While ergonomic keyboards and deskercising will prolong the career of a payroll manager, high performers like Rodriguez risk depreciation in the face of increasingly rigorous operating schedules. Changes in the dates for remitting tax forms have increased the workload that payers face in January and February, making rest more vital before the postseason push. “No player would disagree with a well-timed DNP,” admits Manu Ginobili, “but I have not been paid in three weeks.”

Rodriguez has a lot to prove this postseason. Last year, despite her early reporting, her computational efficiency suffered in May, and she was unable to provide the leadership that the accounting department needed down the stretch. Davies-Shapiro and the rest of the front office hope that more time on the DNP (Do Not Payroll) list will improve accuracy and paymaking. Reducing back-to-back meetings is a big part of this effort. According to Davies-Shapiro, “Yesterday, Janine had eight staff meetings in eight different offices in thirteen hours. She topped 10,000 steps.” By sitting next week, Rodriguez will cheer on rookie payroll clerk, Steve, from the comfort of her ice bath and cryotherapy chamber. “Could she work fewer hours each day? That way we could still get paid?” Ginobili asked.

Not everyone holds stock in the philosophy of rest. Last week, the American Payroll Association released a strongly worded memo criticizing the practice. “At a time when hand-signed checks are declining in popularity, compared to direct deposit, we in the APA are encouraging members to curry favor with their payrollees,” the memo implored.

Annual salaries for payroll managers have skyrocketed to more than $63,780. “I think it’s a joke, especially when you’re screwing the athletes. Just for the record, we’re the reason they make, $10, $20, even $30 [an hour].” David Lee complained. Critics of payer rest remind that the job requirements of payroll managers are clear. With high paychecks come high expectations.

While some cite all-time payroll greats, like Mike Hill-Gordon, who managed entire seasons without taking a single personal day, others contend that complaints about resting are unfairly directed at a select few. “The truth about it is, it’s only for a couple of payers in the department,” Rodriguez argues. “They don’t care if Charlie from bookkeeping rests. It’s only for, like, Bronwyn, Steph [Sr. Credit Manager], James [Financial Analyst], Russell [Accounts Receivable]. So, you want a rule for just we five payers? We need a mental break sometimes. Sorry, I’m not a calculator.”

Some say that issuing twenty-six paychecks in a year is just too much, but that number is not going to change. Rather than criticizing high performing payers and team leaders, the APA should audit the entire fiscal calendar. Until either continuous minutes spent in staff meetings are reduced, or the duration between pay periods is increased, resting will continue.

Rodriguez has publicly stated her desire to be a franchise accountant. The paid rest that she takes throughout the season will add years to her career, if not balance to the books.