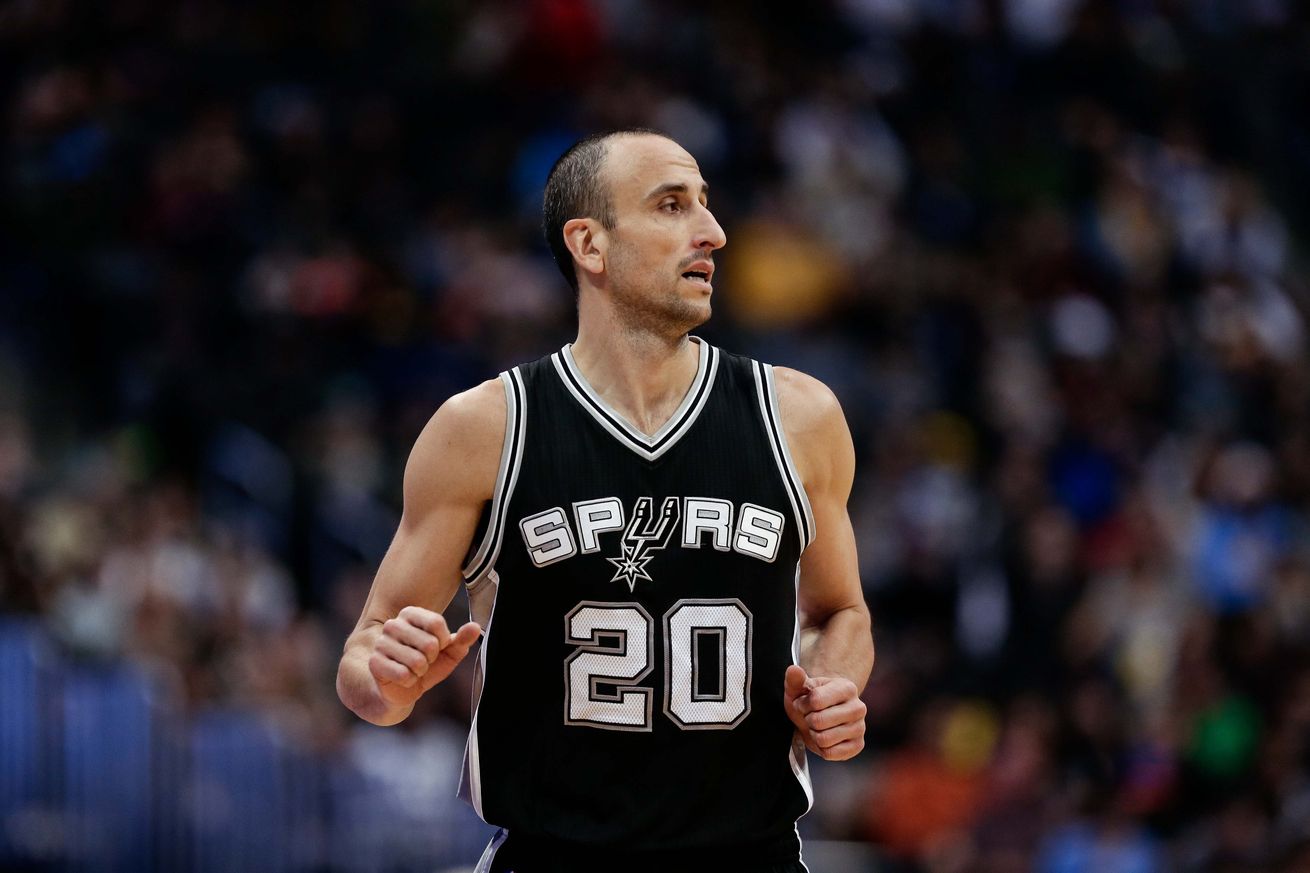 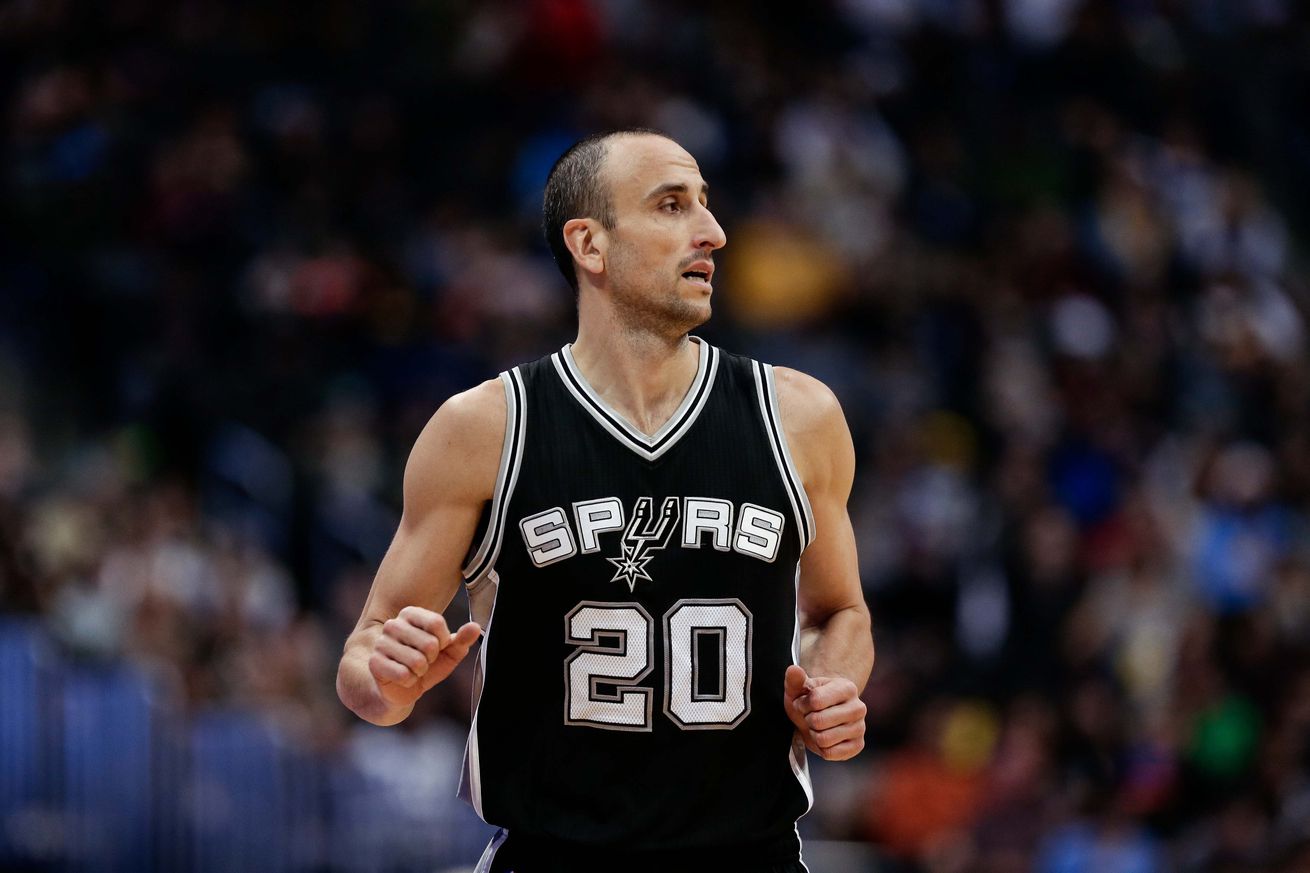 There’s a new PER in town, and the improved tool just loves San Antonio’s favorite Argentine.

Manu Ginobili didn’t do a whole lot in his nine minutes of action against the Sixers on Thursday, but I don’t hold that against him because he’s the same age as me and I consider it a victory if I can go a whole shift at work without falling down. He still has a couple of moments per game that remind us of glories from the not-too-distant past, however, and thanks to Justin Willard of Nylon Calculus, it turns out that Ginobili’s heyday was even better than we thought.

As you may be aware, Ginobili has long been one of those players whose numbers don’t look all that impressive when you go by the traditional counting stats and averages we see in box scores. He’s never averaged 20 points-per-game in any season and he’s been a reserve for more games than he’s started. He was only a two-time All-Star, and never a starter. It’s long been a touchy subject for Spurs fans. Conventional wisdom has it that Ginobili will owe his future enshrinement in the Naismith Memorial Basketball Hall-of-Fame more due to his international accomplishments than his NBA resume, where the best thing he’s got going for him being a part of four championship teams.

Here’s the thing though: It turns out Ginobili’s resume for the Hall is pretty convincing even if he was from Gary, Indiana instead of Bahia Blanca, Argentina. He’s basically been a perennial All-Star quality player, largely unnoticed among bigger names.

The advanced stats have favored Ginobili pretty much from the beginning. He’s always been up there among the leaders in adjusted plus-minus (tops among shooting guards as recently as 2013-14), in net rating, Win Shares per 48 minutes and, for a long time, in PER.

PER, or Player-Efficiency-Rating, was the brainchild of former ESPN.com statistician John Hollinger, who now works in the Grizzlies front office. It’s not without its faults, as Hollinger himself has readily admitted. Remember, it was invented over a decade ago. The fact is there is no perfect, foolproof stat that can encapsulate everything an individual does on both ends of the floor, and adjusting for variables such as teammates, coaches, positional responsibilities and so on makes it even more complicated.

Still, I’ve found PER more reliable than most metrics and now Willard has improved upon it, applying various calculations to correct the areas where Hollinger’s formula is lacking. For example, Hollinger’s PER used to reward people for field goal attempts, as long as they were bare-minimum efficient (32.4 percent from the field was the break-even mark). Willard has adjusted that to something more reasonable. He’s also tweaked things like giving more credit for assists on three-point shots than twos, taking away credit for making (or attempting) technical free-throws, and adjusted calculations to take into account the different types of rebounds, the appropriate value of steals and blocks and so on.

Frankly, a lot of this stuff is over my head, but you can read here for a better explanation of what Willard did and why he did it. The main thing to understand is that with his “PER 2.0” the new ratings skew to more extremes, both positively and negatively. Whereas the top stars would peak out around a 30 PER with Hollinger’s formula, they now get to nearly 50 with Willard’s. And there are a lot more guys who have negative PER 2.0’s, too.

What does this have to do with Ginobili, you ask? Well, PER 2.0 frowns upon wanton chucking more than its predecessor did and when you think of wanton chucking, what recently-retired legend comes to mind?

Yeah, that’s the stuff. Miss that guy. Anyway, it turns out that as much as Hollinger’s PER liked Ginobili, Willard’s PER 2.0 really thinks the Argentine is the cat’s meow. To give you an idea to what degree, I looked at Ginobili’s peak, from 2004-05 to 2011-12. He only made two All-Star teams in those seasons, which is a gross miscarriage of justice right there with anything that’s ever transpired in all of history as far as I’m concerned. Let’s look at where Manu ranked among his All-Star peers according to Hollinger’s PER and how he measures up by Willard’s formula.

It started out well enough, when Ginobili first established himself on the scene. He was rightly named to the All-Star Team this season and he’d go on to have the best postseason of his career. One can certainly argue that he deserved the Finals MVP over Tim Duncan, but he was clearly the breakout star of those playoffs. I’d also posit that Bibby, who led the Kings to a 50-32 record, had a better claim for the fifth guard spot than the one-dimensional Allen.

Anyway, we quickly notice the difference Willard’s new PER makes. Ginobili jumps from the third-best mark among Western guards to the top spot by a significant margin, including over Nash, who’d go on to be named MVP that season. Though Manu had several better seasons by the conventional PER metric, 2004-05 was his peak according to PER 2.0.

And now we get to the silliness. Ginobili missed a few games due to various injuries next season and was a bit less explosive, but efficiency-wise he was still the top guard in the conference. Also, you’ll notice that Paul, even as a rookie was pretty much brilliant right away. They both deserved nods over Parker and McGrady, who snuck into the starting lineup as a small-forward and would get a fan boost for several years from the Chinese market by virtue of being a teammate of Yao Ming.

Ah, but 2005-06 was just a preview of the farce to come. Witness the following season, when an injury epidemic sidelined Yao, Nash and Iverson. Who did the West name in their stead? Why Allen, Howard and Anthony, of course. Ginobili and Paul should’ve been on the team to begin with, and so should’ve Davis, who’d go on to lead the “We Believe” Warriors to a spirited second-half run that continued through the playoffs. Howard actually wasn’t the worst idea as an injury replacement, considering the 67-win Mavs probably deserved another representative besides Dirk Nowitzki, but putting in Melo and Allen —who led the Sonics to a last-place finish that season in the Northwest— was a joke.

Alas, it was “only” a three-year reign for Ginobili as the top guard in the West, but it’s still three more than you thought going in, right? Paul’s the man for the rest of our journey, but there’s certainly no shame in finishing second to CP3. 2007-08 was Ginobili’s top season going by traditional PER and even more traditional PPG, so he really got shafted by the voters and coaches here. He just can’t catch a break. Finally the voters’ love affair with the overrated McGrady has come an end, but A.I. and Roy just take his place. Interestingly enough, even Martin, my longtime nemesis, had a case to make the squad over Roy and Nash.

This one’s more academic. Ginobili couldn’t have played in the game anyway as he got hurt just before, but he still had the stats to be named to the team, certainly over Billups. Williams could’ve been named as his injury-replacement.

This one makes me angry more than anything. Again, there was a rash of injuries, forcing Paul, Bryant and Roy out. The league named Billups, Kidd and, of all people, Kaman, to replace them. As you can see, by Willard’s metric Kaman had no business even being allowed in the building as a fan let alone playing in the game. DeJuan Blair would’ve been more deserving. All three injury fill-ins were terrible picks. If there was ever a year for Miller —long recognized as one of the best players in NBA history to never make an All-Star team— this should’ve been the season, a lifetime achievement award token of appreciation.

Finally, the voters and coaches got it right. Nothing to complain about here. You’ll notice that Martin was at the doorstep again.

Okay, objectively Ginobili had no business making the All-Star team this season. He played only a handful of games before breaking his hand and only played 34 games and 792 minutes all season in the lockout-shortened campaign. He was a wizard in those cameo appearances however, setting career marks in field goal percentage (52.6), three-point percentage (41.3) and averaging 20-7-5 per-36 minutes. What’s interesting to me here (and sadly, we saw it borne out in the Western Conference Finals that year), was that Harden as a sixth-man was actually better than Westbrook for the Thunder that season and also that Lowry was emerging as a beast even before he joined Toronto. Bryant and Nash were clearly on the down-slope by this point and Parker had not one but two teammates who were more deserving.

So there you have it. Though his counting stats won’t impress anyone, Ginobili had a solid eight-year run as one of the best two guards in the Western Conference and as the best shooting guard in the West, period. It’s a shame Ginobili was named to just two All-Star teams when he was one of the most dominant players of his era. Serious fans who paid attention to the advanced stats have always had some idea that Ginobili was underrated, but my guess is his career will be appreciated properly —by Americans, anyway— 15 or 20 years down the road, when stats nerds invent even better ways to contextualize and compare this stuff.