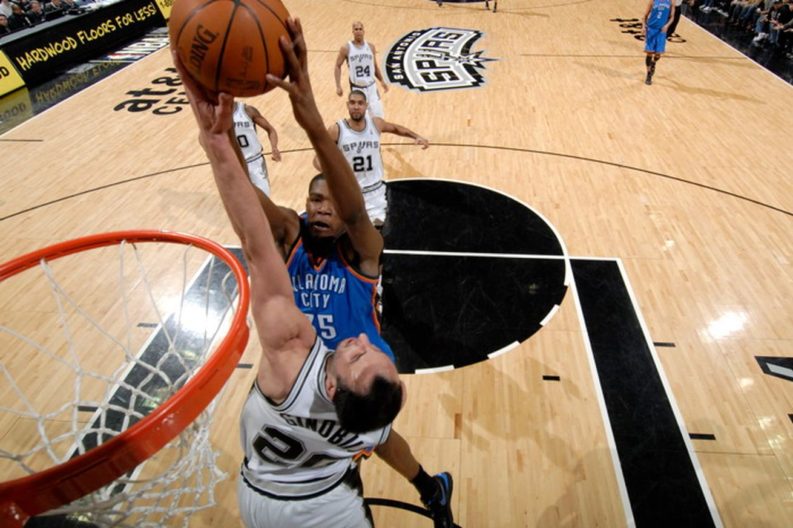 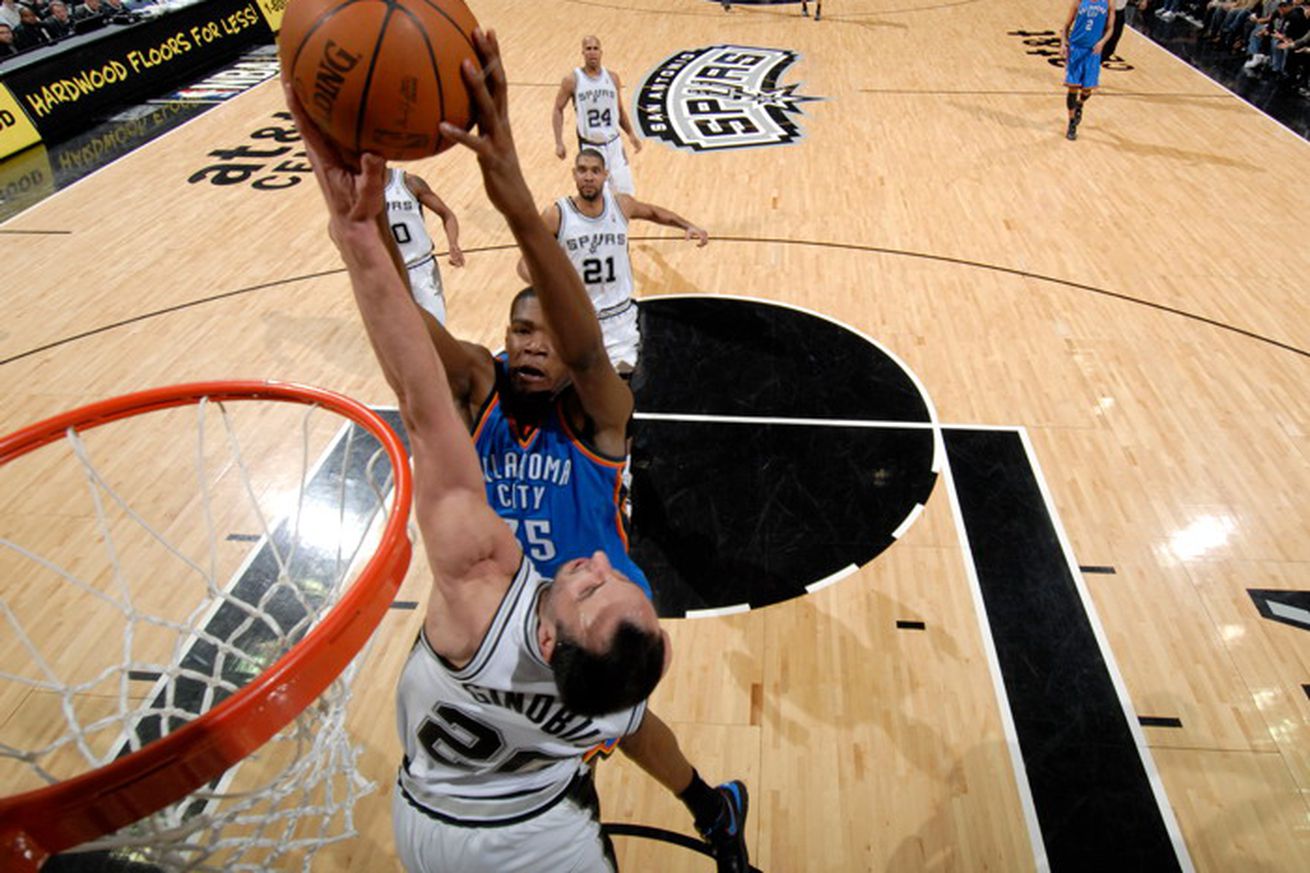 Come vote and move four Manu blocks to the Sweet 16.

Welcome to Round 1 of the The MANU Tournament, where today we will be voting on Manu Ginobili’s best blocks of all time. An often-overlooked aspect of his game, Manu was always a deceptively good defender. Not only did you not want to get that ball anywhere near him on the dribble, but he could block your shot into oblivion no matter his age (and especially, as this bracket will show, if your name is Kevin).

In true NCAA Tournament format, each play has been seeded one through eight, going head-to-head with its opposite seed (1 vs. 8, 2 vs. 7, etc.), and the winners will advance to the Sweet 16 next week. Be sure to vote for a winner of each match-up, and remember everyone can only vote once, so make yours count. If you haven’t already, go back and vote for Round 1 of Assists/Passes.

Check back tomorrow for Round 1 of Shots! Remember all polls for Round 1 will close on Sunday at 6:00 PM CT.