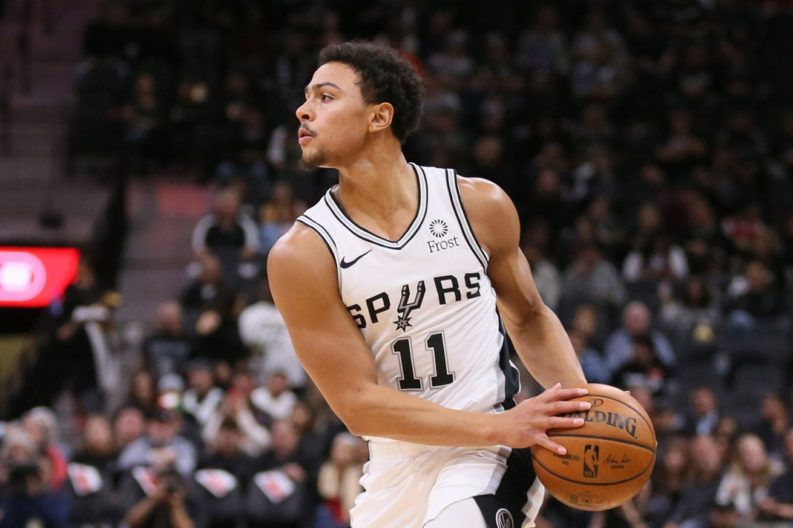 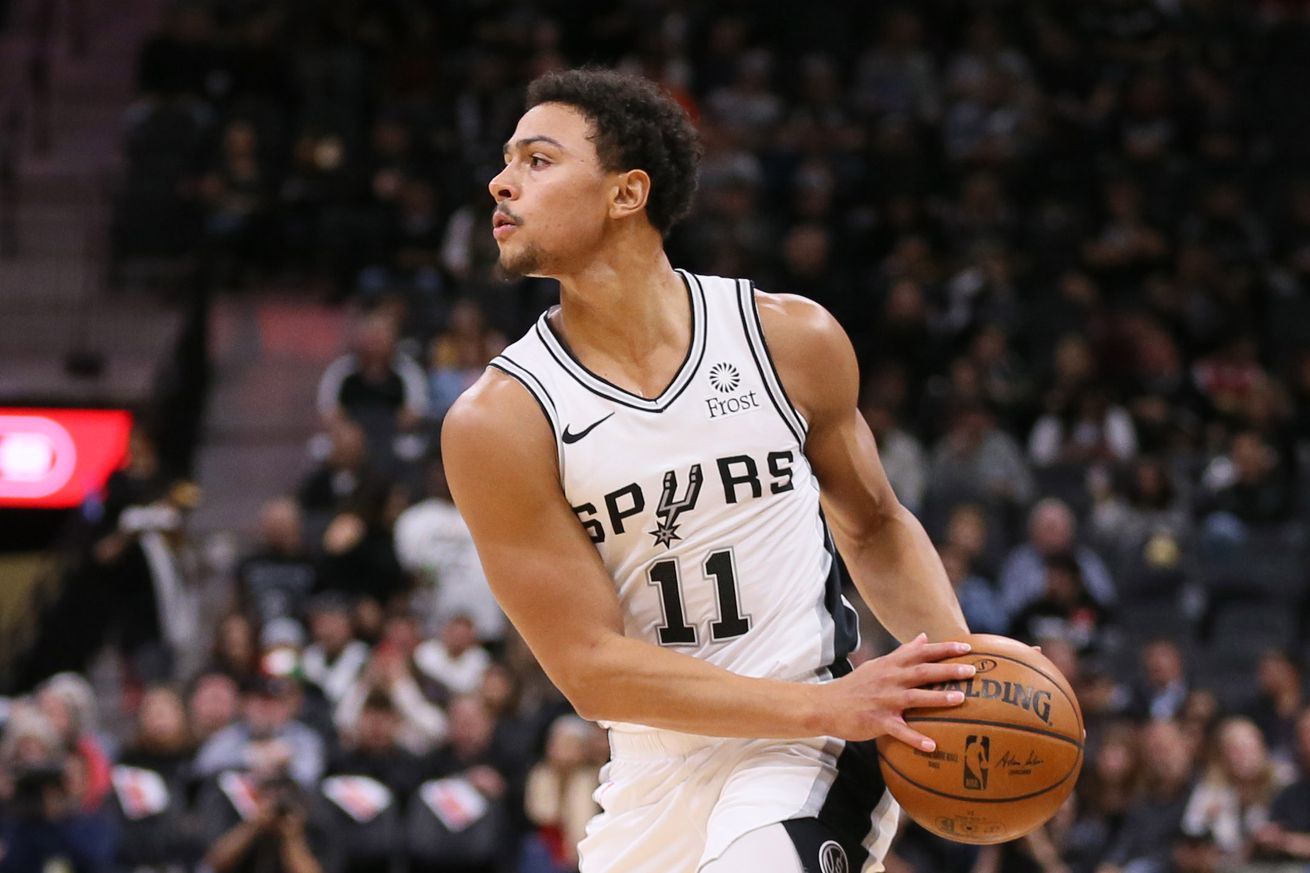 The Spurs offense generates some incredible offensive possessions when everything is humming just right. Wednesday night’s game against the Timberwolves was no different, and the results were as pretty as ever.

This is the kind of ball movement I’d like to see all year. pic.twitter.com/hJigDrZm50

This is the Spurs’ motion offense at work. Players move in concert based on how the defense responds to the ball, with off-ball screens and cuts built in to force all 5 defensive players to make multiple correct decisions in a row on every play. The first action on this play is Patty Mills dribbling down the right side of the court to the top of the corner. He passes close enough to LaMarcus Aldridge that Gorgui Dieng drops to contain penetration. Mills kicks the ball back out to Aldridge, who is stationed on the right wing.

There’s a brief moment where it appears that Bryn Forbes, standing in the left corner might have a backdoor cut on Derrick Rose, who is watching the ball. As the ball moves from Patty to LaMarcus, Jimmy Butler drops just far enough to close the window. Aldridge isn’t looking that direction though, and doesn’t hesitate to continue swinging the ball around the perimeter to Pau Gasol at the top of the key.

Gasol pivots directly into a dribble hand off with Forbes, while both LMA and Rudy Gay cut down to the block. Rudy spaces back out to the left corner, and Aldridge curves under the rim. Tyus Jones helps too far off of Mills, and if Derrick Rose had been unable to navigate the screen and get back into position, it’s likely the Spurs get an open corner 3 right here. Take another look at Rose slithering over the pick from Gasol, though.

That’s excellent footwork and balance. Anthony Tolliver is ready to help on Forbes as well, but when Rose clears the screen, he stays attached to Gasol instead. Once Rose is back in position, Jones notices that Mills is fading back to the corner, and starts to recover back to him. With his penetration cut off, Forbes immediately turns back to Gasol for another dribble hand off. He passes to Gasol, sets, and heads towards the screen.

The Spurs have run 9 seconds of offense so far, with 3 passes, 1 screen, and 2 cuts, to get to this position. Derrick Rose is just far enough behind Forbes that he can’t navigate the screen from Gasol, and 2 dribbles and 2 passes later, Mills nails an open corner 3.

Gasol makes enough contact with Rose to push him out of the play. Notice Gasol’s right arm give Rose just a little bit of an extra push as Gasol begins his roll to the rim. Forbes’ pocket pass to Gasol is the second most important part of the play. The timing and delivery of the pass allow Gasol to continue his dive towards the basket at full speed, forcing three different Minnesota defenders to collapse on him. One of them, Tyus Jones, had no business being that deep in the paint with Mills in the corner, but the threat of the big Spaniard rolling unimpeded to the rim was enough to force a mistake.

Gasol’s awareness, and ability to hit Mills on the move is critical as well. As much potential as Jakob Poeltl possesses, this play almost certainly doesn’t turn out this way if he’s in Gasol’s position. The most important part of the play follows immediately after, and no, we’re not talking about Mills drilling the three. We’re talking about Forbes calling the shot before it’s even left Patty’s hands.

The Spurs’ motion offense only runs when its players are confident. It requires them to make instant decisions, whether to shoot, drive, or pass for the person with the ball, and whether to space, cut, or screen for those off the ball. When any one player can’t or won’t do those things, the offense grinds to a halt. That’s why players like PauGasol and Marco Belinelli have so much value with this team – they never hesitate. Forbes is another one who’s never lacked for confidence, and it may be his single most important attribute on this team. Confidence is the fuel that makes the motion offense go.

This wasn’t the only example from the game, though. In the first quarter, the Spurs put this beauty together:

And added this one in the 3rd:

It’s not a coincidence that the players doing most of the heavy lifting on these plays – Patty, Pau, Bryn, and Marco – all have years of experience with this offense. As the season progresses, more of the roster should make their way into plays like these. The more who do, the higher the team’s offensive ceiling will rise.