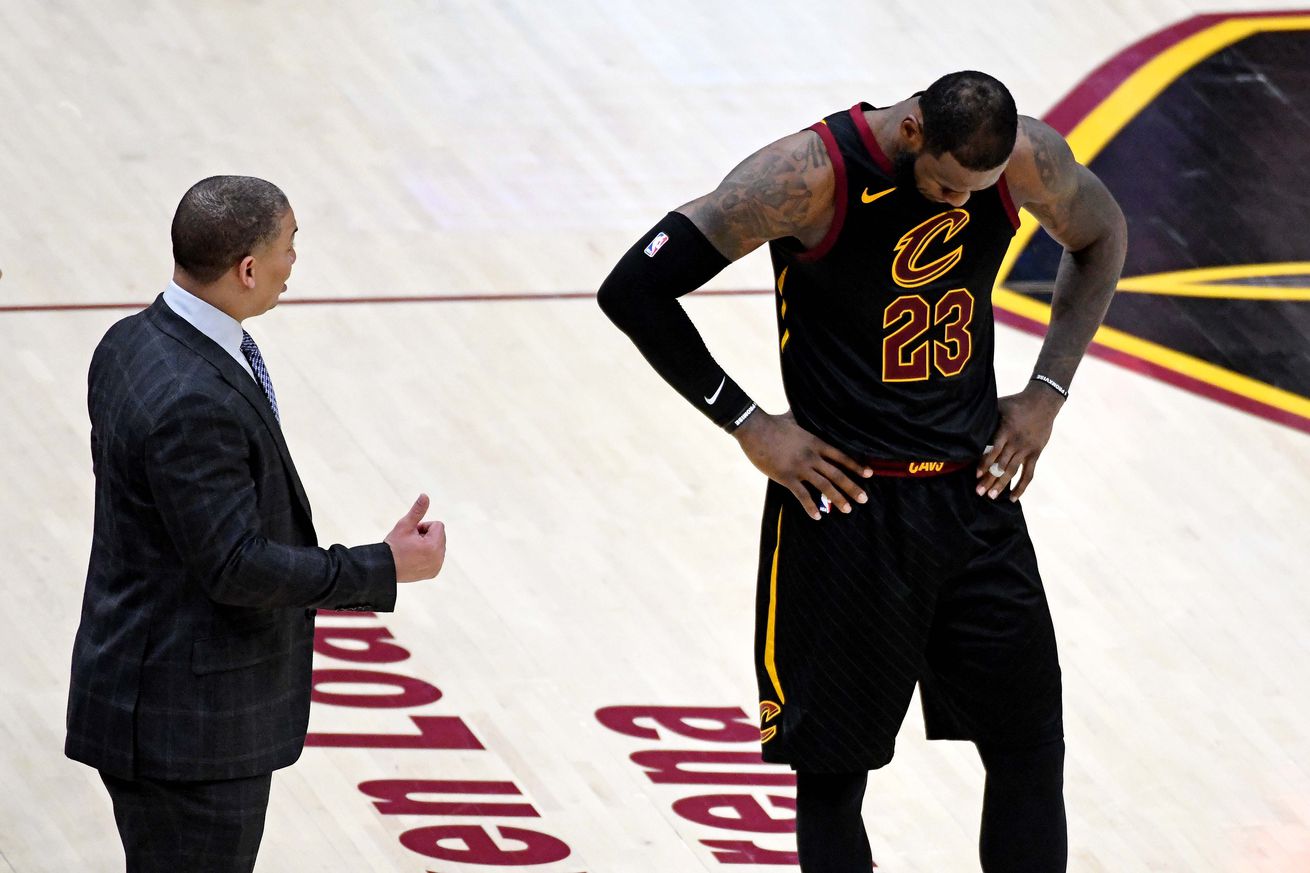 There is little reason to believe that period won’t being tonight.

When I first started writing my basketball blog years ago, I strove to point out things that others did not. That blog led to this role with Pounding the Rock. My goal has become more difficult to achieve as more writers, including my fellow PTR writers have weighed in, which in turn puts more pressure on the actual game announcers to avoid spouting cliches instead of real insight. Even Mark Jackson has (mostly) minimized his stock phrases — hand down, man down and Momma, there goes that man. Of course, he still resurrects them when he has nothing better to say.

Despite this improvement, I don’t think I heard any of the announcers mention during Game Three that the Cavs made 6’9’’ Jeff Green the primary defender on Steph Curry. We don’t know if that coaching decision contributed to Curry’s abysmal night (1 for 10 from 3 for the best shooter ever), but I bet Green and his coach think so.

Another point I haven’t seen elsewhere is that the Warriors wound up with six players in double figures, and another with 8 points. Those stats often indicate extremely balanced scoring. Alas, it did not for Game Three, as the Warriors had one player with 11, and four with 10. If we had followed the Sumerian system with base 12, instead of the decimal system based on 10, the Warriors would have had only one player in double figures. Fortunately, that one player (Kevin Durant) had a ton (English system of measurement) of points under any system.

The Warriors’ unbalanced scoring was a function of something else not widely recognized. While they are widely considered to be a great shooting team, they actually have very few three-point shooters. They have three great shooters — KD, Steph, and Klay Thompson. They have another guy who shoots threes (Nick Young) but while Nick is in fact an NBA player, he is not a good one. No one else in the rotation can shoot from three, partially because the roster has a ton (English system of measurement) of centers.

Luckily, those other players are very good at shooting two-pointers. In Game Three, the bench guys, plus JaVale McGee, shot a combined 16 for 23 from the floor — with no threes made or attempted. The best actual shooter of the group is Shawn Livingston, who has “missed” only one shot in the Finals — and that one miss was blocked. It probably would have gone in otherwise.

Because of those guys, some great defense, and a tall skinny guy who made almost all of his shots, the Warriors were able to win a game in which two of their three shooters went 7 for 27 overall, 3 for 15 from 3, and Draymond Green had more fouls (4) than rebounds (2) in forty minutes on the floor

We also must remember that the Cavaliers continue to miss over 70% of their three-point attempts. This from a team that was designed to surround Lebron James with three-point shooters. The Cavs would have been wise to instead surround Lebron with three-point makers. Because the Cavs did not do that, Game Four will likely be a long, slow descent into way too many days without NBA basketball.