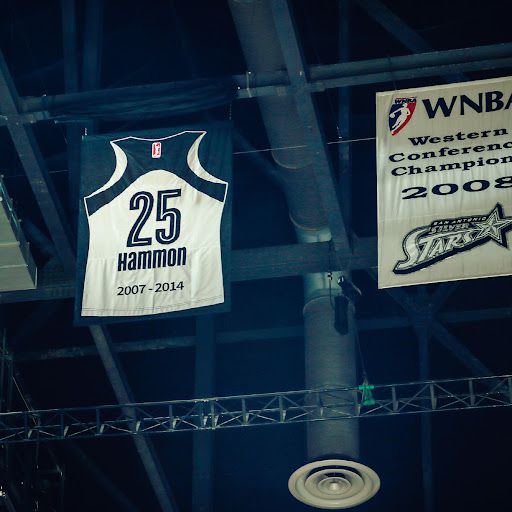 The accolades keep coming for Spurs assistant coach Becky Hammon. The Las Vegas Aces — formerly the San Antonio Silver Stars — have announced that they will raise her no. 25 jersey to the rafters of at Michelob ULTRA Arena. Per the Aces’ official press release:

“Becky Hammon played a huge part in the history of our franchise before it moved to Las Vegas,” said Aces President Nikki Fargas, “and as we’ve continued to celebrate the 25th season of the WNBA, we wanted to officially recognize her retired jersey here at Mandalay Bay. Every one of the players who suited up for this team, in Las Vegas, San Antonio, or Utah, is always going to be a part of our Aces family, and we are looking forward to celebrating her tremendous career in front of our fans next Monday.”

The 5-6 guard was recently named to The W25 honoring the 25 greatest and most influential players in league history. A six-time WNBA All-Star, and four-time All-WNBA performer, Hammon led the Stars to the franchise’s first appearance in the WNBA Finals in 2008.

Hammon’s jersey has been hanging in the AT&T Center since 2016.

The retirement ceremony in Las Vegas will take place on Monday, September 13 during halftime of the Aces’ game against the Dallas Wings. The game will be televised on NBATV at 1:00 PM CT.