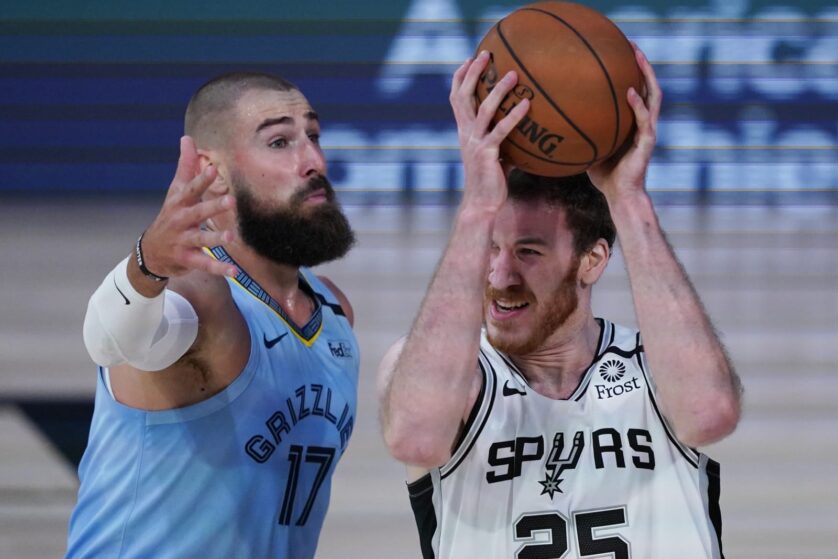 Just five games in, the San Antonio Spurs have already made improvements from last year, but there’s still one major weakness to address.

While the San Antonio Spurs accumulated a 4-1 record at this time last year, this season’s team seems to have made some drastic improvements despite starting 2-3. Defensively, the Spurs find themselves more towards the middle of the pack in terms of defensive rating, but that is far better than last season’s 25th-place finish.

Offensively, the team is playing at a faster pace and sharing the ball tremendously. Currently, they are tied for fifth in the NBA in assists per game at 27.6. Their versatility in the backcourt has made them a tough matchup for anyone, with multiple players on the court at all times that can penetrate and kick and space the floor with their shooting.

Keldon Johnson and Dejounte Murray have already put up career-highs in scoring. Lonnie Walker is slowly starting to tap into his full potential, and DeMar DeRozan has the second-highest 3-point percentage on the team. This all while Derrick White just returned and is already taking charges and swishing threes. So what’s been the problem?

For decades, the Spurs always had one of the best frontcourts in the league, thanks in most part to Tim Duncan. That is no longer the case, and this year more than any, the frontcourt has been the biggest issue.

More specifically, a few players have been struggling in that area: LaMarcus Aldridge, Rudy Gay, and Jakob Poeltl.