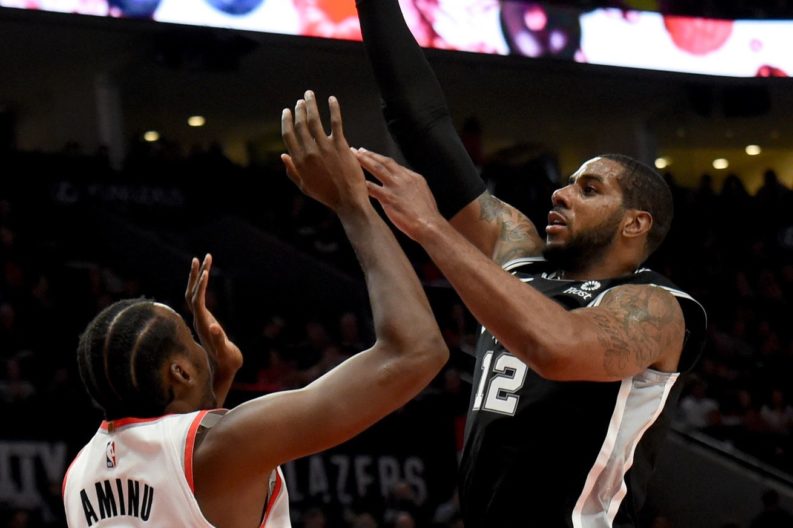 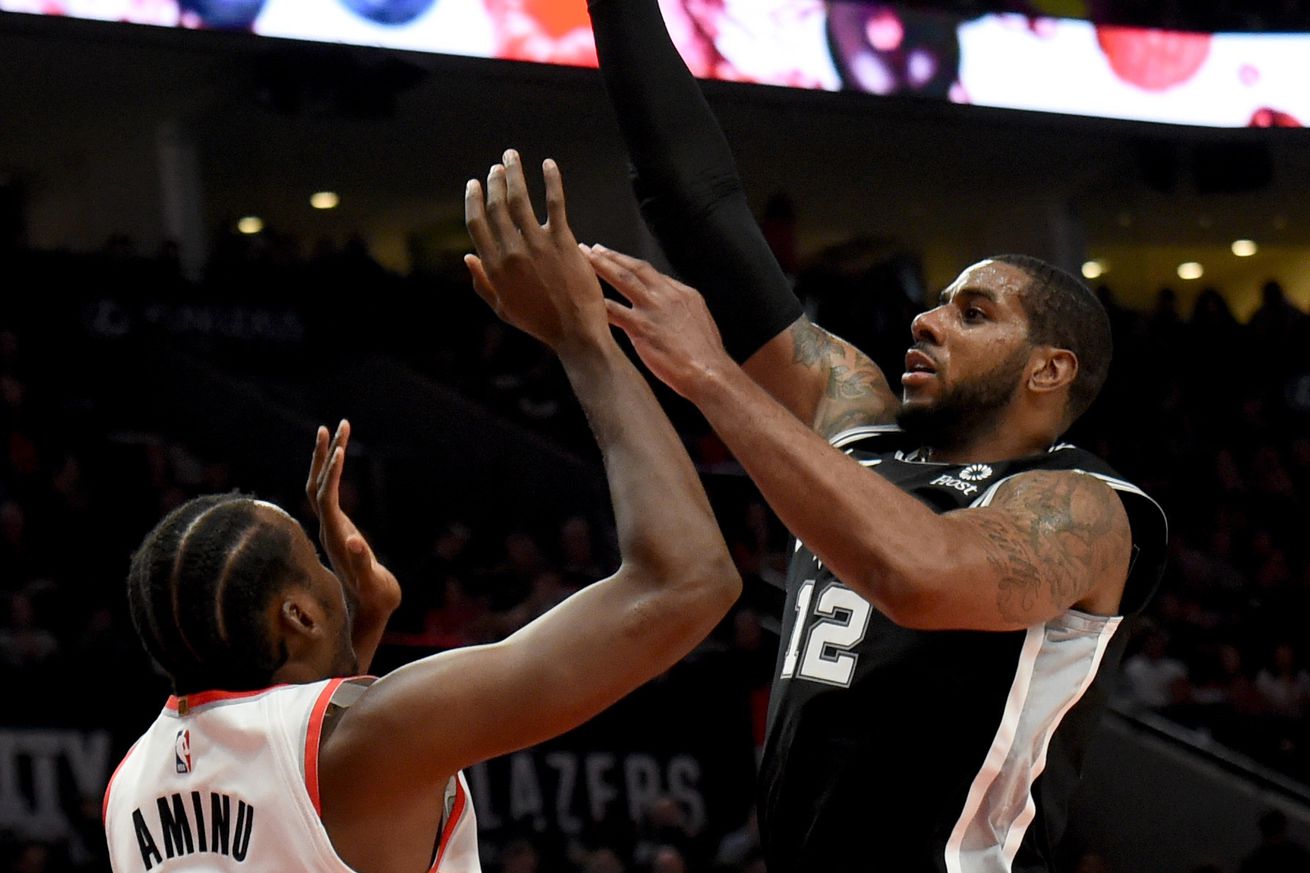 Not all post opportunities are created equal, and being selective could yield huge dividends for San Antonio.

The Spurs stayed close through the first quarter of their first road game of the season on Saturday. But once Portland’s offense settled in, the Trailblazers steadily pulled away. The defense will get much of the blame, and rightly so, but San Antonio’s offense was complicit. It may be hard to imagine how an offense that put up 1.14 points per possession (PPP) could be at fault, but it’s true.

The Spurs ran their offense through the post or backed their defender down on 25 possessions in the game (up to when Pop cleared the bench with 3:28 remaining). They scored only 24 points on those possessions (9 FGM, 1 putback, and 4 FTM). Here are all 25 plays, just in case you face five minutes to spare and enjoy watching bad offense.

Any way you slice it, the Spurs got less than 1 PPP on those 25 opportunities. And this isn’t a new phenomenon, or just a one-game anomaly. They averaged .94 PPP, good for 5th in the league, on 12.4 post up possessions per game last season. It appears the Spurs have, if anything, increased their number of post ups this season.

Not all were bad decisions. 6 of those 25 were opportunistic post ups — primarily resulting from cross matching in transition — and the team scored 6 points and drew a personal foul on those possessions. The personal foul led to 2 made free throws, meaning those plays were slightly better than the team’s overall offense.

That leaves 19 possessions the team intentionally used for post ups, which only produced 16 points, or about .84 PPP. Excluding those plays, the team scored 92 points on 76 possessions, or 1.21 PPP. If the team would have redistributed those post up possessions to more efficient opportunities, they could have scored about 7 more points, which ended up being a little over half the difference in the final score.

Split another way, the team’s primary bigs, LaMarcus Aldridge and Pau Gasol, posted up on 17 of those 25 possessions, resulting in only 11 points. DeMar DeRozan and Rudy Gay posted up on the other 8 and netted 13 points. Just redistributing the bigs’ post ups would have gotten the team about 10 more points than they actually produced.

Of course, it’s not that easy. Assuming the team could redistribute those possessions and maintain their PPP averages is overly simplistic. There are other factors at play, too. Bigs typically like to post up and getting them involved in the offense is important for several reasons. Most players play better all over the floor when they’re able to get some shots up in their comfort zone. It’s also generally a good idea to have a diverse offense, though there are definitely exceptions to that rule. Still, not all post ups are created equal and the Spurs would do well to excise the worst of these possessions from their offense.

On the above play, there is minimal movement, and the entry pass doesn’t occur until there is only 11 seconds left on the shot clock. LaMarcus is immediately doubled and kicks the ball out to Bryn Forbes, who throws a decent skip pass to DeMar on the right wing. The pass is a little low, else DeMar might have gotten an okay look at a catch and shoot three. As is, he catches the ball with 6 on the shot clock and the defense in good position. Worse, with Al-Farouq Aminu forcing him baseline and Rudy in the way, DeMar has little choice but to throw up a well-contested corner three.

Pau catches the ball earlier here, but Maurice Harkless is in good defensive position. Pau can’t make any headway against him on the initial catch, so he throws it back out to Patty Mills for a repost. Once he gets the ball back, Pau tries to go baseline, but gets nowhere, so he reverses course to the front of the rim. He manages to get a decent look at a running one hander, but it rolls out. Rudy cuts down the lane during the initial post, and Patty follows suit after the repost, but the threat of Pau’s post up ability doesn’t draw much attention from the defense, and the cuts expose nothing of value.

These plays have to go. The Spurs defense is going to continue to struggle, at least until Derrick White and Lonnie Walker come back, and even then, there will be nights, especially against backcourts like Damian Lillard and C.J. McCollum, when the team is going to have to win a shootout.

LaMarcus is an incredible, All-NBA caliber player, and his ability to make some of the most difficult shots, no matter what the defense throws at him, can be astonishing. He deserves to have the ball in his hands, but low efficiency opportunities like these have no place in this kind of game, and maybe not in the NBA at all these days.

The thing is, the Spurs know how to turn post ups into low-risk, high-reward plays.

LaMarcus establishes deep position on the left block early in the clock. The Spurs immediately swing the ball around to get a good angle for the entry pass. LaMarcus catches, takes a single power dribble into Zach Collins’ chest, then drop steps to a left hook from the edge of the paint. Collins might as well not even be there.

Once again, LaMarcus establishes deep position early. This time, it’s through a little subterfuge. Aminu doesn’t even realize it’s a post up until the last second. Once Bryn enters the ball, LaMarcus takes one dribble, gets into Aminu’s chest to create space, and nails the right-handed hook from just outside the restricted area.

Both of these plays are difficult to double, and result in high-value opportunities. If the Spurs are going to continue to feed their bigs in the post, this is how they should do it. Until their defense improves, they simply can’t afford to do it any other way.