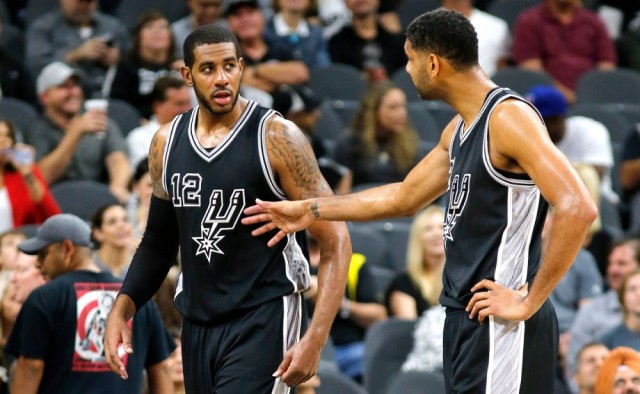 There’s no question signing LaMarcus Aldridge was a coup for the Spurs. Aldridge is one of the best two-way players in the NBA, he’s 30 years old and allows the Spurs to, at the very least, continue winning 50-plus games the next few seasons as Tim Duncan, Tony Parker and Manu Ginobili decline. Many stat geeks are quick to point out that Aldridge isn’t an efficient player. He takes a ton of long twos and doesn’t shoot them at an out-of-this-world rate, hovering just above 42 percent from mid-range on his career. That, however, isn’t much of a problem. Aldridge has been the focal point of a Top 5 offense the past few seasons and functionally he works as a very good shooter since teams are afraid to leave him alone on the perimeter. Offenses featuring Aldridge as the hub have always been very good, a trend that should continue going forward……..Read More

Source: The good and the bad of LaMarcus Aldridge trying to fit in | HoopsHype