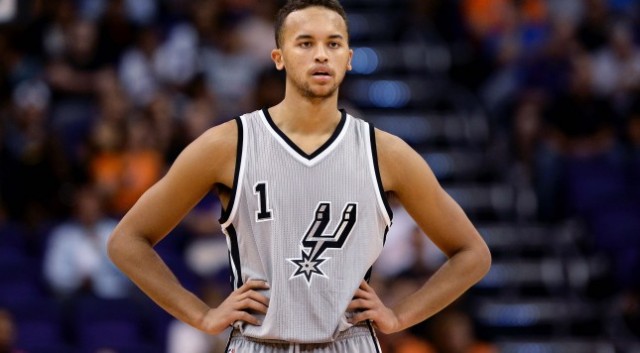 Usually when a professional athlete is called slow, it is viewed as a criticism. For San Antonio Spurs second-year forward Kyle “Slow-Mo” Anderson, it’s used as a complimentary term of endearment.

Despite only being 22 years old, Anderson’s style is that of a crafty veteran. When Anderson was still in college at UCLA, Grantland’s Andrew Sharp once described Anderson as, “a 60-year-old, 6-foot-9 man playing basketball. He can do everything, he’s smart, and he has the explosiveness of a 60-year-old. This sounds critical, but I swear it’s a compliment.”

In a league full of freak athletes sprinting down the court and jumping out of the gym, the effectiveness of Anderson’s methodical style is baffling, yet refreshing. Anderson moves across the court smoothly, waiting for a weakness to develop in the defense, so he can capitalize with a sharp pass or a smart shot. He is basically the complete opposite of fellow former UCLA Bruin point guard Russell Westbrook, a player that rarely stops to process a situation and sometimes takes ill-advised shots…..Read More