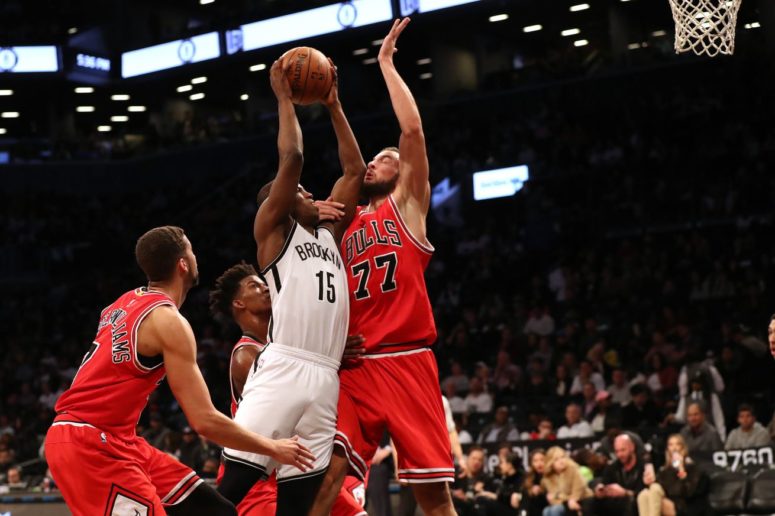 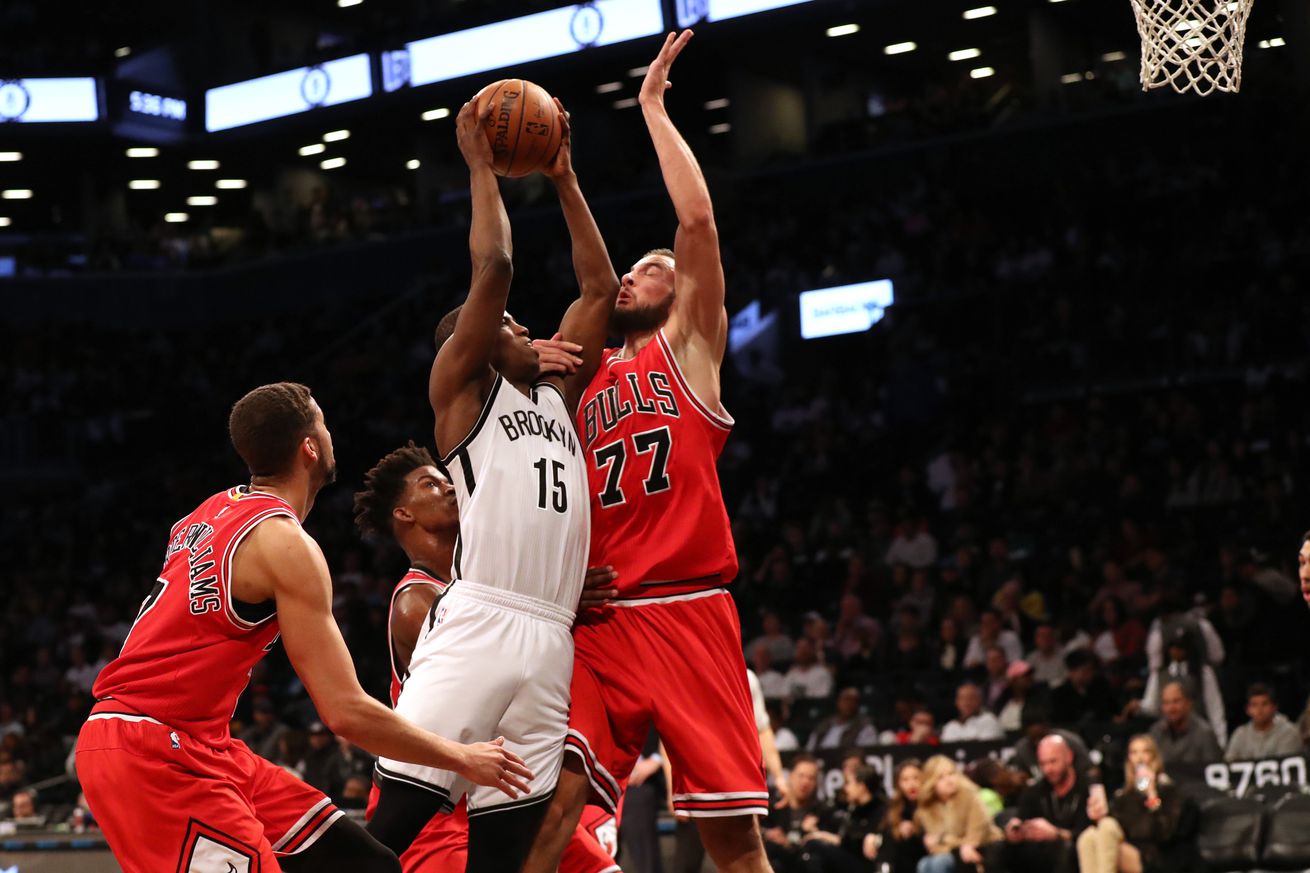 Can the underperforming Frenchman finally carve out a role in the NBA?

While rumored talks between the Spurs and several star free agents were teased in mid-June, little ended up happening. Even in this relatively quiet offseason, one of the Spurs’ few moves has stayed so far under the radar it’s practically scraping it’s belly on the ground: the Joffrey Lauvergne signing. There’s no mystery why fee have taken notice; JoLau has barely earned any playing time on several mediocre rosters and is now playing for his fourth team in as many years. But at the very least, this signing is intriguing because

Actually, if Lauvergne’s stats were just “bad”, that would be kind of boring. No, what makes this signing such a headscratcher is the fact that Joffrey does not have the numbers of an average role player – let alone a terrible one. Opponents shoot 3.1% better than average at the rim when Joffrey was in the paint last season. He’s also a below-average on the boards, with an adjusted rebound percentage of 67.8%, a number so low that it is tied with the 6’1” Lou Williams.

These numbers could easily be glossed over if the Frenchman produced on the other end of the floor. After all, the Spurs have gotten away with giving big minutes to ghastly defenders in the past (see: Neal, Gary). But unfortunately, Lauvergne is pretty pedestrian offensively too. He shoots 48.3% from two, which would suffice if he were a high-volume player like Rudy Gay or a floor-stretcher akin to Ryan Anderson. He’s not. Joffrey has been consistently inconsistent from deep in his NBA journey – his career high three-point percentage of 33.7% last season was 2.1% less than league average.

It would be one thing if the Spurs signed him for a garbage time role – Joffrey would be the perfect player to soak up minutes in a blowout. But he’s the first big man coming off the bench, and will likely have to take the minutes that David Lee and Dewayne Dedmon had last season. As discouraging as his stats may be, there could be reason to hold out hope.

Lauvergne has never averaged more than 17.6 mpg in an NBA season, which is on the low-end for a role player. Part of the reason for this is that he’s always been on teams with a logjam of better big men; Denver had Nikola Jokic, Jusuf Nurkic and Kenneth Faried, Oklahoma City had Steven Adams and Enes Kanter and Chicago had Robin Lopez, Taj Gibson and Nikola Mirotic. Because of this, Joffrey has never been given the consistent minites he may need to succeed in the NBA.

The signing is befuddling to say the least. It’s not the move alone that’s concerning, but the fact that the Spurs did not compound it with any other acquisitions to fill their sparse big man depth.

So why did the Spurs sign him? Perhaps Pop sees some hidden potential that other teams have overlooked. Or perhaps a small ball lineup of Dejounte Murray, Danny Green, Kawhi Leonard, Rudy Gay and Lauvergne will get some run in particular situations. Either way, Joffrey will get his first true shot at a consistent NBA role, and we’ll be watching to see how the Spurs design around him.