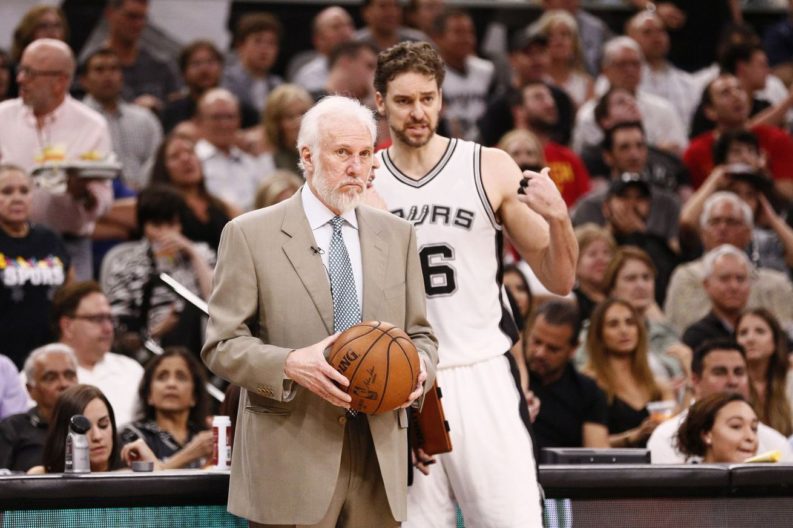 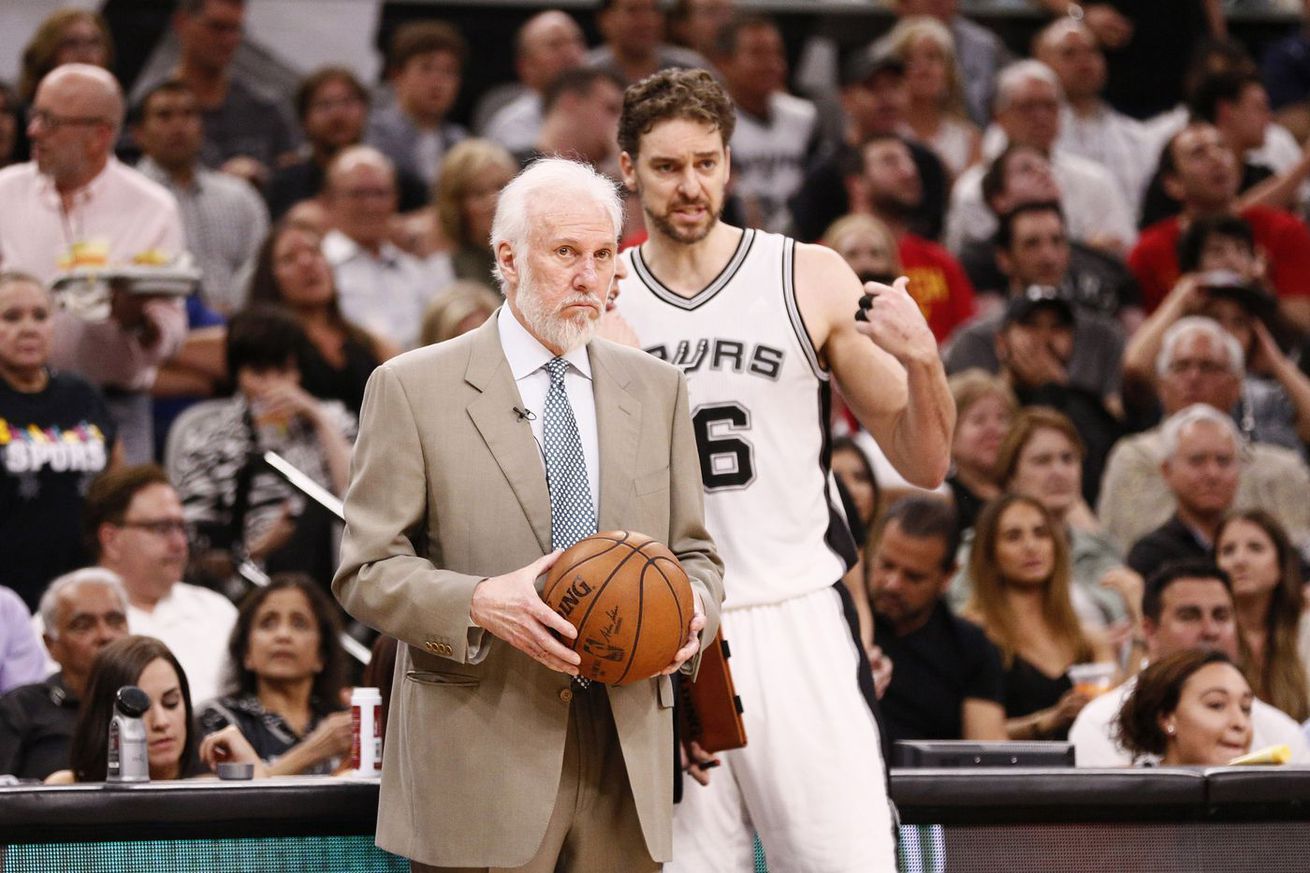 An amazing picture of Pau and Pop was just begging to be captioned, so we put it to our followers to come up with some good ones.

One of my favorite things to do with my brother and our friends is to look at scenes or pictures where we have no clue what is going on and insert dialogue and scenarios into the scene, almost always for comedic relief. Caption this such a great way to get the creative juices flowing and, in my experience, usually leads to a good time.

PtR is no stranger to asking our readers to, “caption this,.”

Earlier this week, on Jesus Gomez’s piece on Pau Gasol’s embrace of The Spurs Way there was a picture just begging to be captioned. I put it on our Facebook and Twitter feeds, got some reactions to it, and here are the best ones.

2. Joe Schlmoe’s post had me cracking up because it makes it sound like Pau just wants to stuff the stat sheet. My brother and I have a joke about Pau that he just wants to shoot the ball all the time and stat pad his rebound totals (neither is true), and this one made me think about that:

3. Joshua James must be on PtR. How many times while he was playing did we see comments on game threads talking about Point Timmy? Could Pau be asking to be Point Pau? We know how awesome he is at passing, but I think it could look tragic on the break:

4. Scott Valla plays on the love of wine that Coach Pop, a self-confessed foodie, is known to have.

5. Ivo Greenberg makes it sound like Pop can get a bit crazy in the locker room, while making Pau out to be one of the recipients of that craziness.

6. Carolyn Burton depicts a playground scene. I’m sure we’ve all had that moment in our lives where we go, “betcha I can do it!” Hopefully we all also had a friend as good as Pau to back us up when doing something stupid!

7. Chris Estus has my favorite one. When you look at an image long enough, it becomes burned in your mind to look a certain way. When you go back and analyze it, though, sometimes things are there that you never noticed. I think this is the best example of this picture being modern art without the wine!

What do you guys think? Want to try and do better yourselves? Caption it yourself in the comments below and let us know when you see San Antonio Spurs images you’d like us to use for our next caption this challenge.