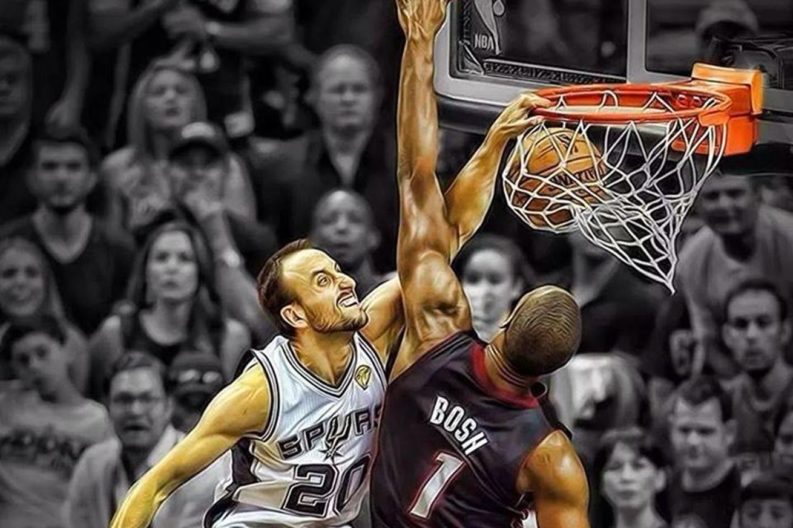 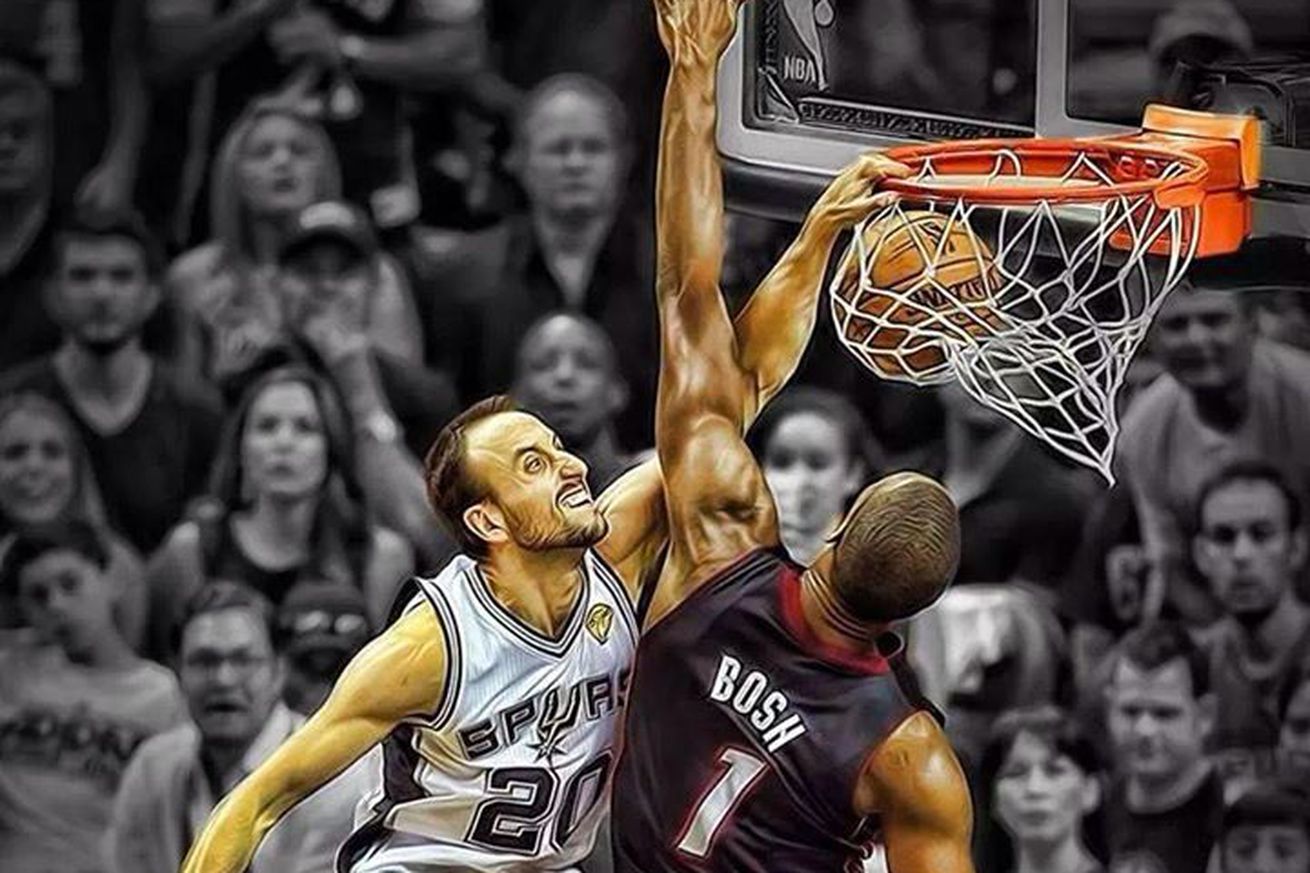 The Manu Torunament is over, and one play stand above the rest.

It took three-and-a-half weeks and 11 rounds of voting, and now you the fans have finally crowned the champion of The MANU Tournament and determined Manu Ginobili’s greatest play of all time! The result shouldn’t be so surprising. Winning the Finals by a result of 62% to 38% was the Dunk on Chris Bosh, a.k.a. The Redemption Dunk.

Just like the entire 2014 championship, this play was the embodiment of redeeming the horror that was 2013. Besides an amazing Game 5 performance that had the Spurs on the cusp of winning their fifth championship, Ginobili had an otherwise pretty poor showing in the 2013 Finals against the same Miami Heat squad and was one of several players with mistakes in the waning moments of Game 6 that cost the Spurs a late 5-point lead — the staff at the American Airlines Arena were already setting up to present the trophy — and ultimately a championship.

In 2014, both the Spurs and Ginobili returned with a hunger and determination that was never seen before, and nothing was going to stop them from achieving their ultimate goal: redemption. After two surprisingly dominant victories in Miami, the Spurs came back home for Game 5 with perhaps a dose of complacency. However, they came to life after spotting the LeBron James and the Heat a 22-6 lead, and from there they would go on a 39-15 run spanning from the five-minute mark in the first quarter to two minutes left in the second. Ginobili played an integral role in that run with 14 of his 17 points on the night, and the aforementioned dunk was the play that really signified that it was all over for the Heatles.

With a tiny revenge shove to a semi defensively-engaged Ray Allen and a leap over Bosh that Ginobili swore he wouldn’t try again (he missed 8 games a few months earlier after pulling his hamstring on a dunk vs. the Rockets), the world was reminded that Manu could still Manu, and calls for his retirement had been premature. Also, did we mention that he did all this with a stress fracture in his leg?

Here’s the dunk with more angles and reactions:

That’s it for The Manu Tournament! I want to thank everyone who participated and made this whole thing possible. Over 500 votes every round was more than I ever imagined. This was a project I had been planning all summer regardless of Ginobili’s decision, and it was just a matter of getting his answer before knowing if it would be in honor of is retirement or celebration of his return. Unfortunately it turned out to be the latter, but that didn’t make this project any less enjoyable.

Now with Training Camp underway, it’s time to turn to the next chapter in Spurs history and start seeing what some younger faces can do. However, like all other Spurs legends, Manu and the contributions he brought to the team and community will not be forgotten any time soon, and even if his playing days are over, hopefully his time with the Spurs is only beginning.