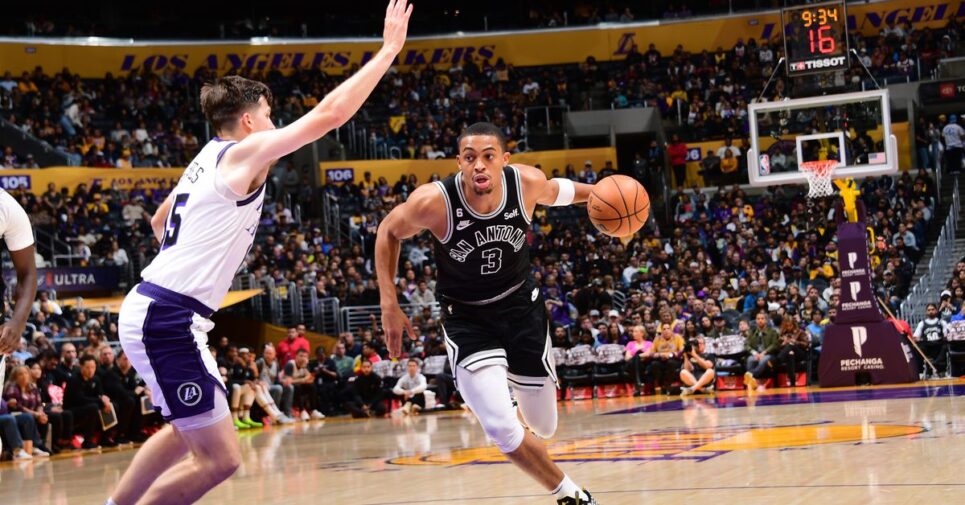 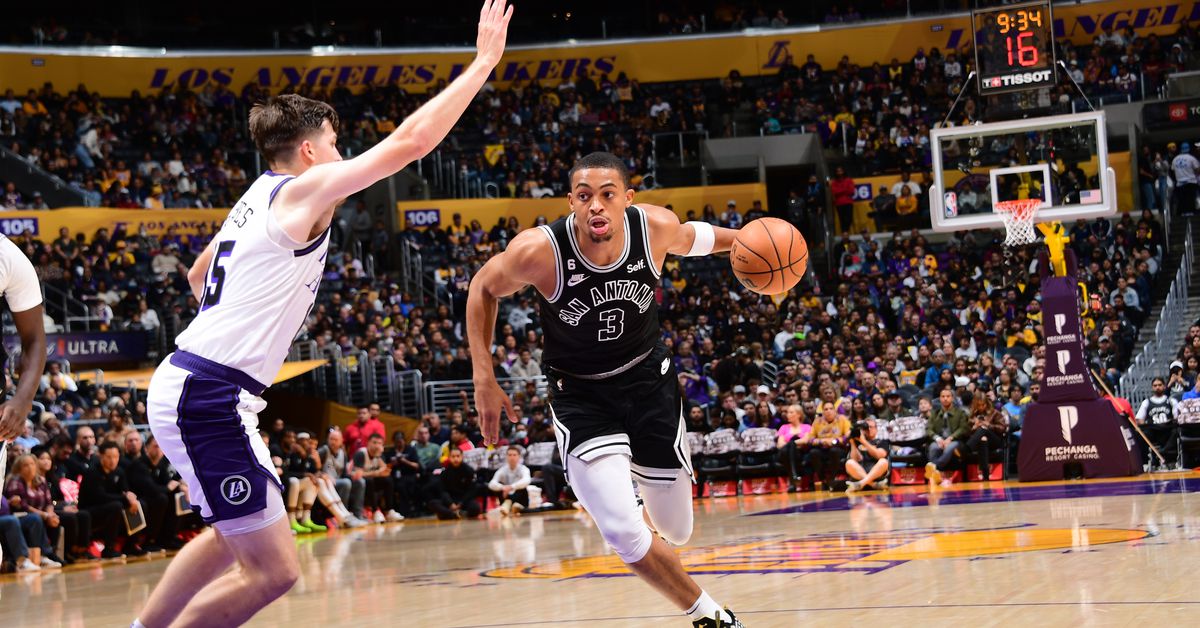 The San Antonio Spurs continued their downward spiral on Sunday, losing their fifth consecutive game as the Los Angeles Lakers sent them packing with a blowout in the finale of their Western Conference road trip. Most of their matchups have started sluggish, and this one followed a similar path that saw them dig an early hole they couldn’t overcome.

Devin Vassell led the Silver and Black with 17 points and four assists on 7-of-14 shooting, but it wasn’t enough to propel them to victory. The rest of the starters failed to match his productivity, with Keldon Johnson, Gorgui Dieng, Tre Jones, and Jeremy Sochan chipping in 41 points on a combined 34.6% line from the field that put the proverbial nail in the coffin.

Tre Jones has been the straw that stirs San Antonio’s offense this season, and the third-year point guard connected with a rim-running Gorgui Dieng in semi-transition for an uncontested layup.

Devin Vassell continued his experimentation as a go-to scorer against the Lakers, utilizing a handoff from Charles Bassey to get to the elbow before converting a tough and-one on a midrange jumper.

Keita Bates-Diop may not be the flashiest player on the roster, but the 26-year-old forward pulled off a stunning floater over Russell Westbrook that kissed the back of the rim on its way down the net.

While Josh Richardson has struggled to find his range over the last couple of games, the veteran swingman confidently stepped into this above-the-break three-ball as the Spurs tried to trim the deficit.

Despite suffering a humiliating blowout, the Spurs held to the principles of their motion offense, generating an opening for Doug McDermott to go off the glass with their continuous ball movement.

Vassell was one of the only bright spots for the Silver and Black, and the former lottery pick showed off his pedigree with an off-the-dribble three from the top of the key with a defender in hot pursuit.

Though a depleted depth chart opened minutes for Charles Bassey to get a call-up to the NBA, he has quickly shown he belongs in the rotation with massive slams like this one over Lonnie Walker IV.

And as always, here are the full game highlights.