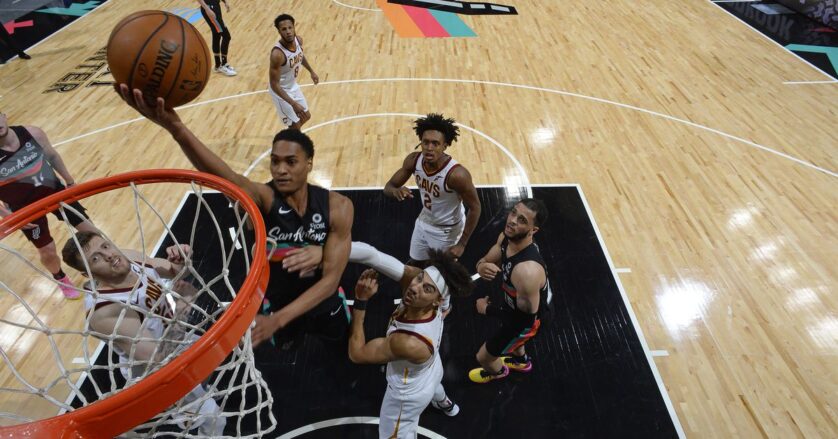 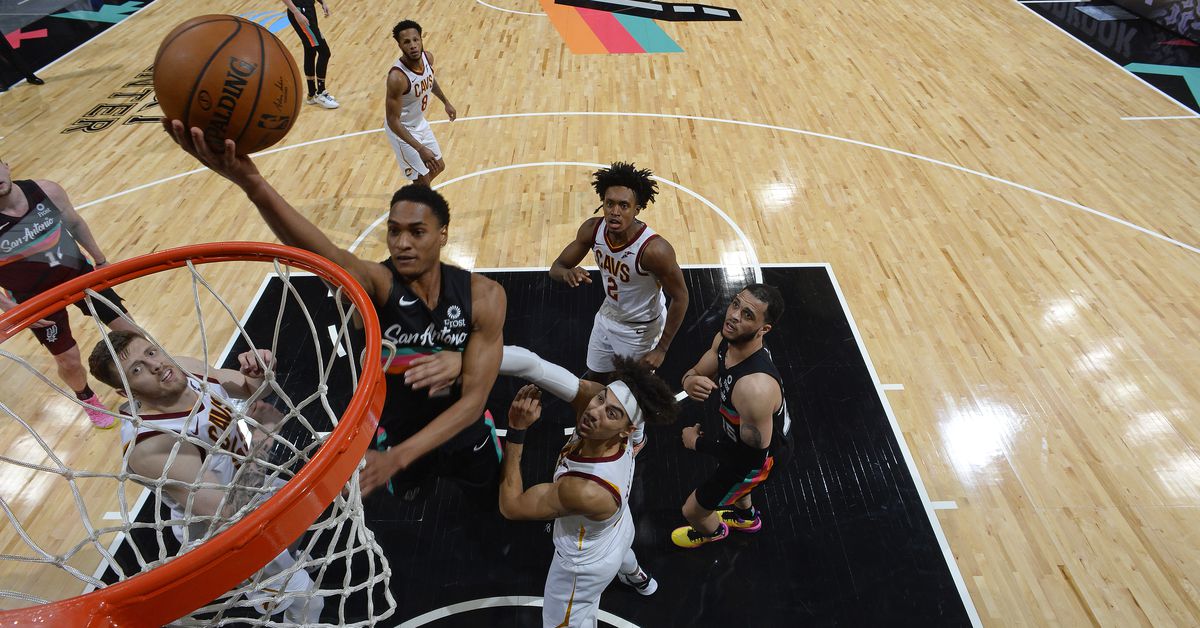 The San Antonio Spurs continued their freefall in the Western Conference standings as they lost their third consecutive contest, finishing with a paltry 2-7 record on the longest homestand in franchise history.

After coming gut-wrenchingly close to victory in back-to-back overtimes versus a pair of Eastern Conference playoff hopefuls, San Antonio laid an egg against the 14th place Cleveland Cavaliers.

There weren’t many promising signs from the Silver and Black on Monday night, but here are the highlights that stood out in an otherwise frustrating outing for a struggling ball club.

Second-year forward Luka Samanic got a surprise start for San Antonio after Dejounte Murray was a late scratch and put the Spurs on the scoreboard with a heads up short-roll assist to a cutting Jakob Poeltl.

Derrick White then hit a closing Darius Garland with a mean left-to-right crossover and finished with a feathery teardrop through the sophomore guard for an and-one.

There’s not much defenses can do once Keldon Johnson gets a head full of steam going downhill, and the six-five wrecking ball barreled his way to the rim for an easy two points.

Rookie wing Devin Vassell has made a name for himself on the defensive end this season, but the Florida State product has flashed some enticing scoring potential off the dribble.

After spraining his shoulder in his Silver and Black debut, Gorgui Dieng finally knocked down his first field goal for San Antonio on a catch-and-shoot triple that tickled the twine.

Patty Mills navigated the perimeter without the ball and nailed a three-pointer off a shovel pass from the always craft White.

DeMar DeRozan showed off his grown-man strength in semi-transition when he displaced Dean Wade with his right shoulder and effortlessly finished at the cup with a lefty layup.

Believe it or not, Rudy Gay has been one of San Antonio’s most reliable marksmen this season, and the veteran combo forward kept his newfound stroke rolling with this trifecta.

While Poeltl couldn’t get much going against the Cavs, the seven-footer rattled home his patented pop-a-shot through and proceeded to swish his lone free throw of the evening.

Samanic displayed more encouraging comfortability handling the ball as he drove from midcourt and absorbed contact to convert a side-step layup floater over Kevin Love.

Vassell continued demonstrating tantalizing self-creation ability with this impressive half-spin to step-back mid-range jumper with a defender draped all over him.

Second-round point guard Tre Jones also got in on the action in garbage time as he picked off an inbounds pass and went the other way for a couple of uncontested fastbreak points.

And as always, here are the full-game highlights.