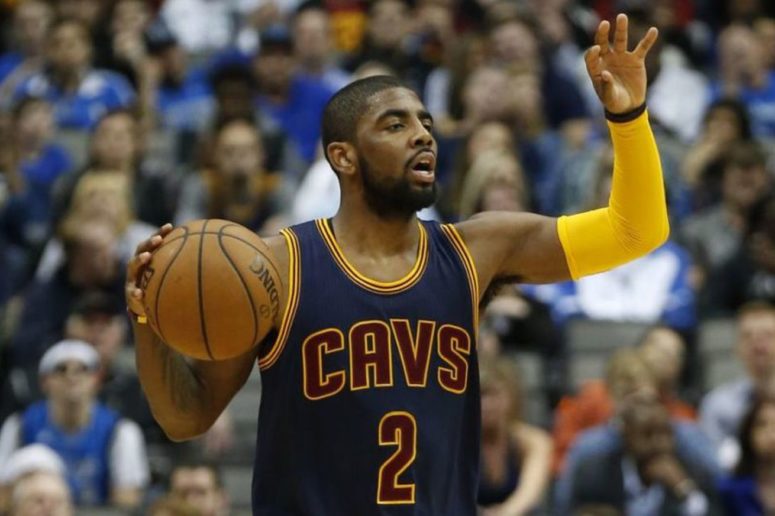 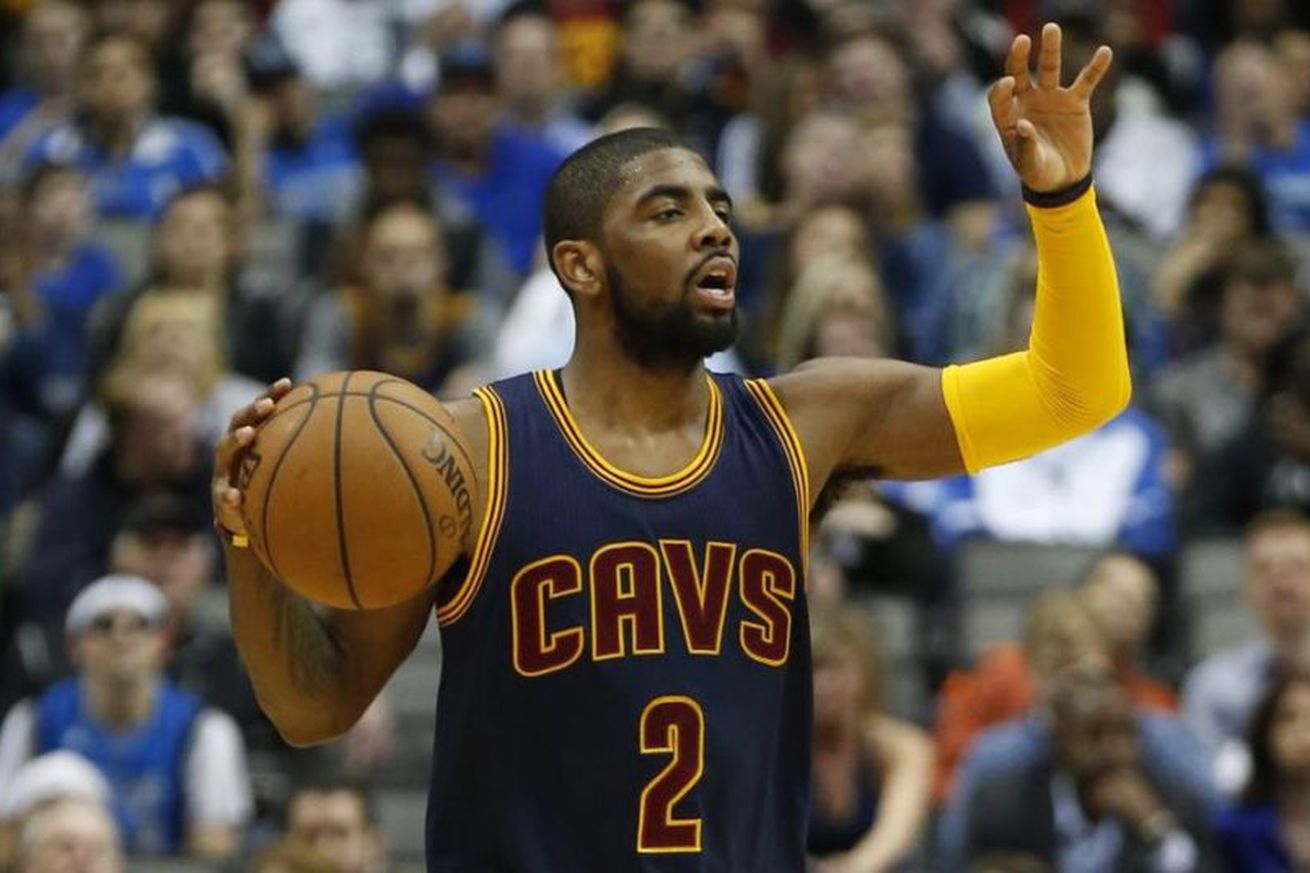 I know what you’re thinking: “not more Kyrie Irving talk, it will likely never happen, etc,” and you’re probably right. The odds are slim that the Spurs can concoct something that would work for both them and the Cavs in a swap for Kyrie Irving, plus the Cavs have plenty of other things to consider with regards to trading their star point guard…like if they even should at all considering the uncertain future a noncommittal LeBron James has them facing.

With that being said, the fact remains that the Spurs are still on Irving’s radar. He has even stated he would sign an extension with them, and as long as these rumors keep swirling, so will the discussions (especially in the deadest of NBA dead periods). There’s no denying Irving’s talents would be an immediate upgrade at the position for the Spurs, and that’s something that hasn’t gone unnoticed by a certain Spurs legend who was recently asked about the possibilities on NBA Radio, and when David Robinson talks, you listen:

Who ya got: Kawhi or KD?

Remember when this was an easy question to answer…back when Kawhi Leonard was a supposed to be a bona fide Bruce Bowen and Kevin Durant an all-world player? Well, it’s not so cut and dry anymore. While Durant has met his lofty expectations, Leonard as far exceeded his own to the point Grant Hughes of Bleacher Report found it appropriate enough to ask the question listed above. You’ll have to read it to find out who won, but the fact that this can even be a logical discussion today says more than enough about how far Leonard has come.

Gay is hungry for more

The Spurs made several under-the-radar signings this offseason, and the one that will most likely have talking heads wondering how they missed it will be Rudy Gay. After years of fruitlessly trying to guide DeMarcus Cousins and the Kings out of turmoil, Gay decided it was time to win. To do that, he joined the Spurs on a relative discount (although a recently torn Achilles probably helped) and is hungry to prove that he can contribute to a winning culture. (The bit of shade recently thrown his way by a former teammate probably helps that motivation as well.)

Oh, and if you need any more proof that he has what it takes to be a Spur, here he is kickboxing as part of his offseason regime. What more do you need to know?

I haven’t done one of these in ages (four months and five days to be exact), and while it’s only from one site, it’s still something. Without further ado, here is what I guess we’ll call Week 0 of the NBA Power Rankings:

Key question: Can Kawhi Leonard develop into a great passer?

Leonard’s offensive game has come a long way, but he can still get better, especially in regard to making plays for others. Among the 10 guys with a usage rate of 30 percent or higher last season, he had the third lowest assist rate, and he ranked 52nd in the league with just 60 total secondary assists. Though they played 1,904 minutes together in 67 games, Leonard assisted LaMarcus Aldridge only 47 times. The Spurs can’t help but play great defense (they’ve ranked in the top five on that end of the floor in 18 of the last 23 seasons) and the offense can be better with more development from their MVP candidate.

@Ronnie2K @NBA2K #NBA2K18 #2KFirstLook Well this is me for 2k18. What you guys think?? Too bad you can’t see my right hand in this one pic.twitter.com/1NXioTihKs

Well, that’s…something. It certainly isn’t Davis Bertans, that’s for sure. Last I saw, the Latvian sophomore has red hair, not brown, and he certainly doesn’t have a gray streak. And the facial features…let’s just say if you put this in front of me with nothing else to go by (like a Spurs jersey), I wouldn’t be able to tell you who it was. (Maybe Chandler Parsons in 15 years after a horrible face lift job?) If nothing else, perhaps it would help if we could see Davis’ right hand, where he lost his ring finger as a kid in a wood chopping accident.