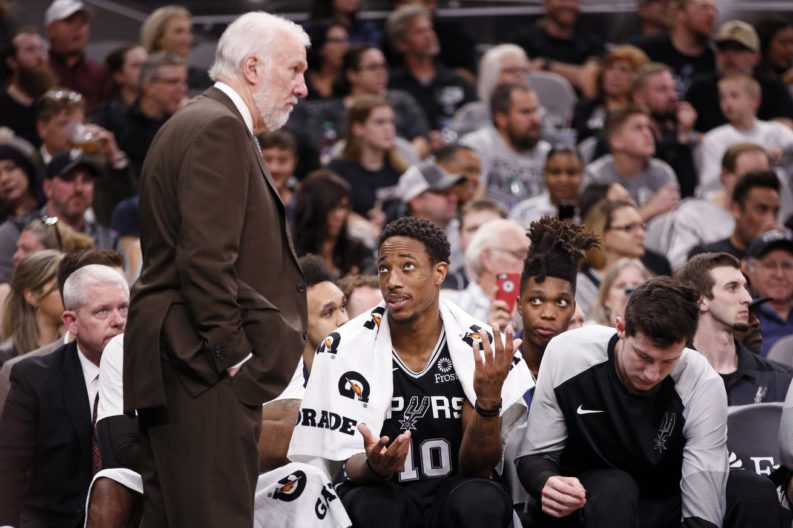 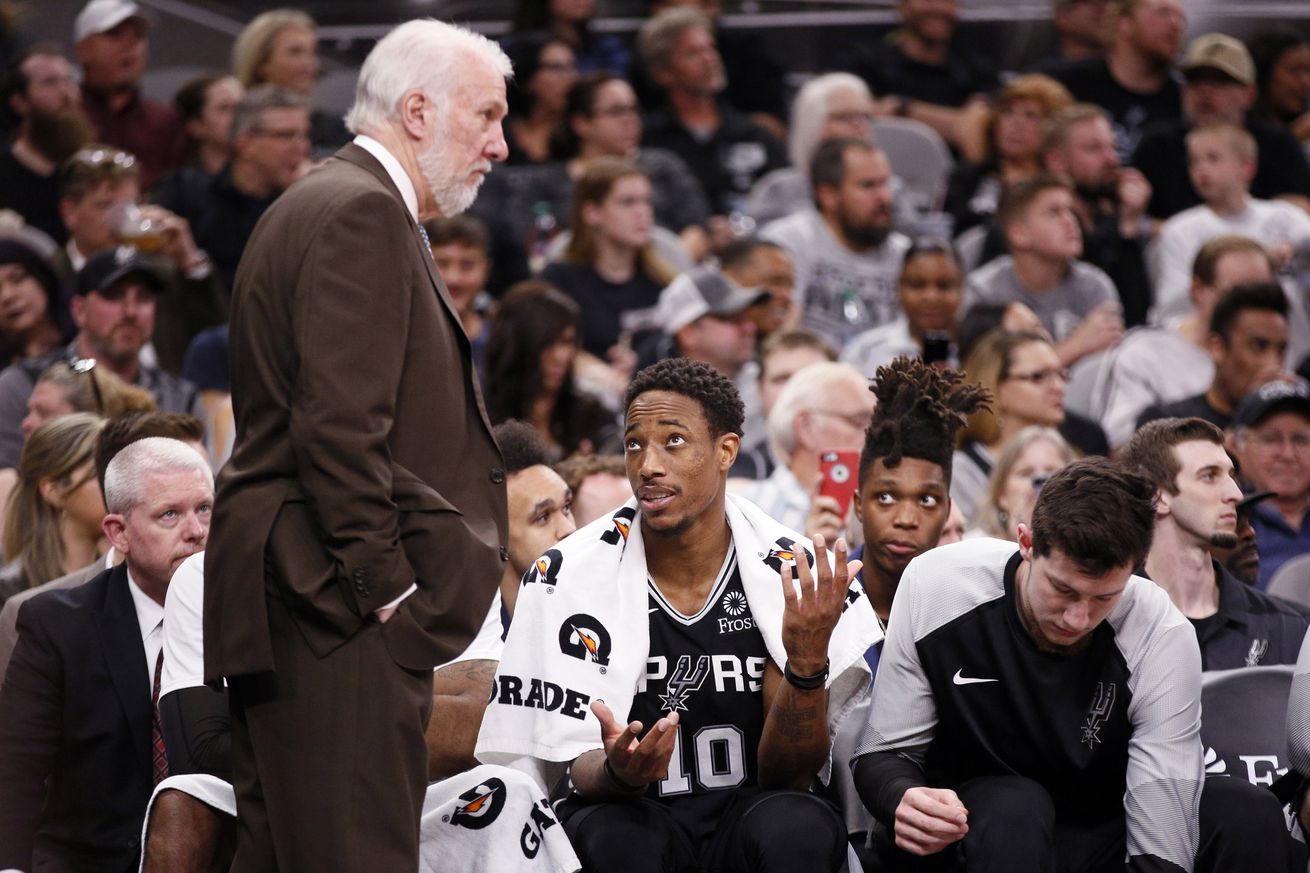 Parsing through various numbers that help tell the story of the Spurs’ 6-4 start to the season.

Early in an NBA season, you have to take certain numbers and performances with a grain of salt. It’s too small a sample size, and the team we watch in early November is hardly the one we’ll see in March, April and (hey, who’s to say?) May of next year.

That said, some stats can tell the story of what’s happened until now, adding context for how the Spurs have gone 6-4 and giving us a good idea of what the team’s strengths and weaknesses have been up until now. Here are a handful that have stood out.

8: Number of games DeMar DeRozan has led the Spurs in scoring

Judging by his assimilation into the Spurs system and how comfortable he’s looked down the stretch of games, it hasn’t looked like these were DeRozan’s first days in San Antonio. He’s been integral in their six wins, not only by attacking off the dribble and scoring (26.4 ppg) but by creating for his teammates. He’s also led the team in assists in 7 of their first 10 games, and is averaging just under 7 dimes per game.

No one expected the Spurs to roll into this season after so many top defenders left in the summer — one way or another — and immediately shut opponents down. They’re currently 18th in the NBA in defensive rating, and will continue to be a work in progress over the coming months. The emergence of Dante Cunningham as a guy Pop can lean on versus the league’s top wings is a major plus.

72.5: Combined minutes per game for DeRozan and LaMarcus Aldridge

DeRozan is averaging 36.9 minutes per game, and Aldridge isn’t far behind at 35.6. That’s not only high for players on a Gregg Popovich-coached team, it’s a lot for anyone, with DeRozan coming in at second and Aldridge at seventh among all NBA players. Throw in that DeRozan (second in distance run per game) and Aldridge (23rd) are both working hard to get to their spots and earning points the hard way, and fatigue is certainly something to keep an eye on as the season moves forward. I’d expect this combined minutes number to go down.

If you’ve watched the team at all, it shouldn’t be a surprise to see they’re comfortably, even defiantly, leading the new-age NBA in mid-range and long two-point attempts — in addition to their retrograde slow pace. It’s translated to the 11th ranked offense in the league, an improvement over last season’s 17th.

I wrote about this here, so no reason to double up too much. Still, the hustle and constant off-ball movement remains an important part of how the Spurs’ offense grinds opponents down and generates quality looks for both their two stars and the various shooters that flank them.

Aldridge hasn’t started the year particularly hot (42.7% from the field), and his struggles in operating in the pick and pop (where he’s averaging 5.6 attempts per game) are part of the reason why. He’s shot 41.9%, 43% and 45% in his three previous seasons with the Spurs on catch-and-shoot attempts, so it would seem there’s nowhere to go but up as he finds a better rhythm within the new-look offense.

The Spurs lead the league (in a good way) in both these stats, which speaks to the discipline they’ve shown while trying to jell as a unit.

Despite needing to fill in at various times of his career as a true point guard, Mills has always been at his most effective when he’s knifing through defenses off ball and getting to his spots to catch and shoot. We’re seeing a bit more of that this season, leading to an uptick in numbers for the Aussie in a number of categories.

An unlikely starter for the Spurs in all 10 games, Forbes is second to DeMar DeRozan in pull-up attempts per game (5.3), and he’s been fairly efficient with them until now, a combination that should keep him in the rotation regardless of what Pop decides to do as he re-integrates Derrick White. Forbes’ 52.8% eFG on pull-ups puts below the elite Steph Curry/Kemba Walker tier, but has him above players like Kevin Durant and Kyle Lowry right now. That’s big, since reliable pull-up shooting can be a lifeline for an offense when possessions get stuck in the mud.

The Spurs haven’t exactly faced a murderer’s row of opponents thus far, with the only top-three team for either conference being the Blazers and 6 out of 10 at home. With 8 of their next 11 on the road, including tilts against the Warriors and Bucks and three back-to-backs, November is about to get significantly tougher for them.

A few other numbers to keep an eye on: