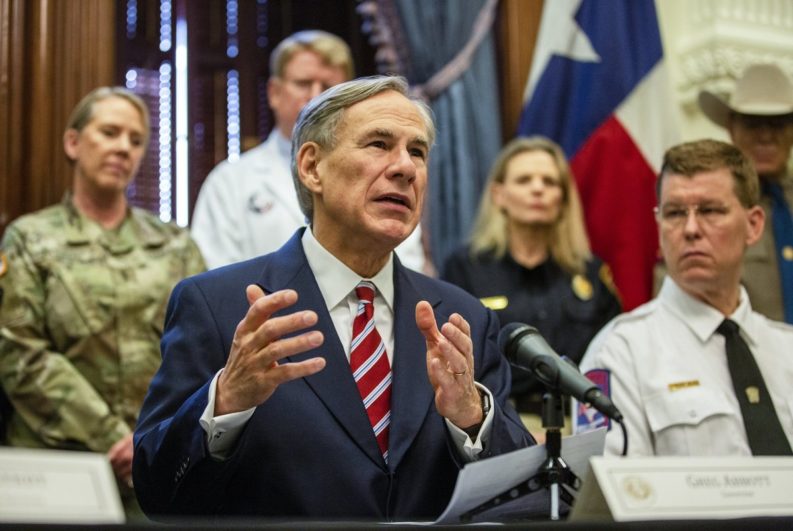 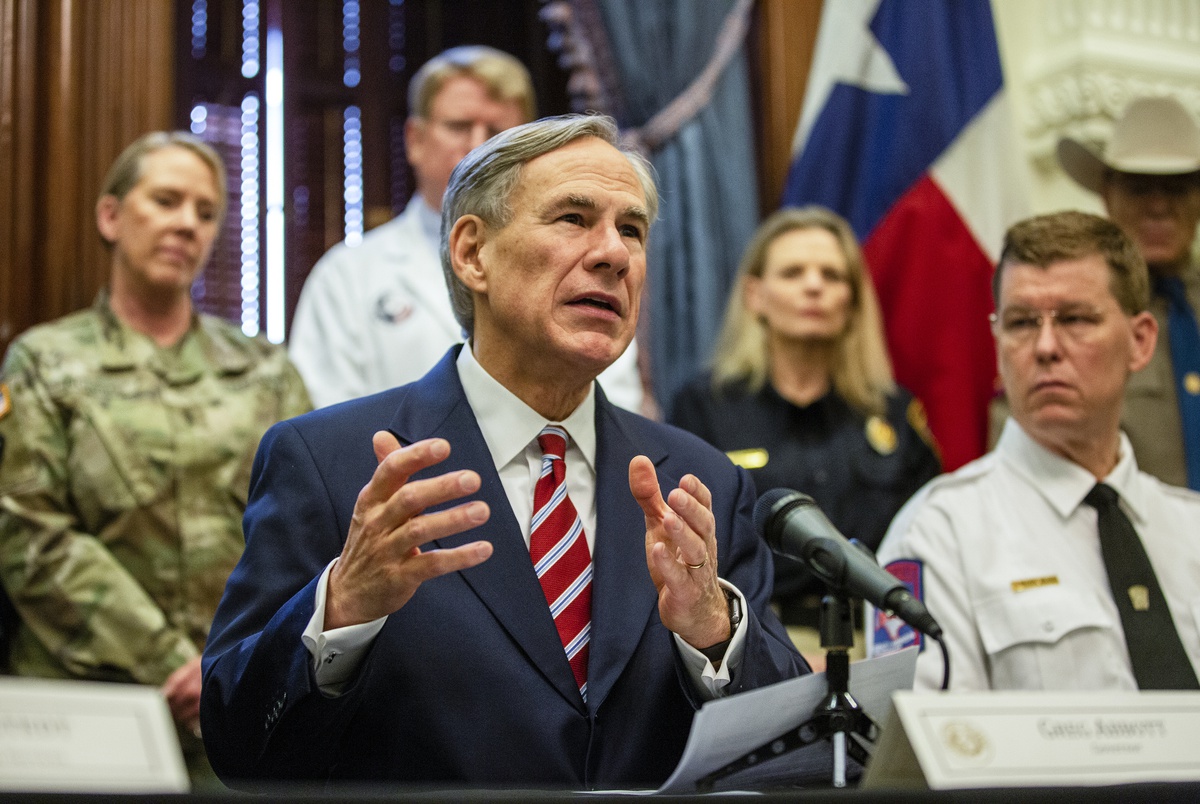 The top officials responding to the coronavirus pandemic in Texas say they are seeing early signs of success in slowing its spread, though they are warning the fight is far from over and urging Texans to keep up their efforts to keep the virus at bay.

During two news conferences this week, Gov. Greg Abbott and his leading advisers in fighting the outbreak — officials like John Hellerstedt, state health commissioner — struck a very tentative but new tone of optimism about the situation in Texas. They said they were particularly encouraged by the declining rate at which the number of Texas cases is doubling, which was initially three days but is now up to six.

John Zerwas, a former state lawmaker and physician leading a supply-chain task force, said the decreasing “doubling time” shows Texas’ efforts to contain the outbreak are having a “profound impact,” while Abbott touted the trend as a “mathematical sign of success.”

“As we head into Easter weekend, I’m filled with hope knowing the character that Texans have shown in responding to the coronavirus in Texas,” Abbott said Friday toward the end of a news conference where he presented data from several key counties that he said showed the spread was starting to decelerate in most of them.

“This fight against COVID-19 has been compared to a war, and just like a war, you don’t stop fighting until you know peace is at hand,” Hellerstedt added. “And right now we need to continue to do the things that we have been doing that are leading to these early signs of success — that are leading us into that hope — and we really should be optimistic about it because the sacrifices that we’ve made are working.”

Abbott has put Texas under what is essentially a stay-at-home order through the end of the month. That order went into effect April 2, while many of the state’s population centers had already acted to keep their residents at home except for essential activities like grocery shopping or getting health care. The state’s schools remain closed until May 4.

Abbott appears comfortable enough with the status of the outbreak in Texas that he is preparing an executive order to begin laying the groundwork for reopening the state’s economy, which has been devastated by the far-reaching measures that have been taken to combat the coronavirus. Abbott previewed the executive order during his news conference Friday, saying he will issue it in the context of anticipated guidance from the White House next week regarding “economic revitalization.”

“Next week I will be providing an executive order talking about what will be done in Texas about reopening Texas businesses … in a way that will be safe for that economic revitalization,” Abbott said. “We will focus on protecting lives while restoring livelihoods.”

President Donald Trump and some other top Texas Republicans like Lt. Gov. Dan Patrick have been more outspoken, at least until now, in pushing for the start of a return to economic normalcy. On Tuesday, Patrick formed a task force from his Business Advisory Council to make sure the Texas economy is ready to go once Trump and Abbott give the go-ahead.

Hours before Abbott spoke Friday, Patrick said on a Texas GOP tele-town hall that he hoped Texas could start phasing back in its economy during the first week of May. Asked about that timeline at his news conference, Abbott only said he understood there was a desire to get back to work soon — but that the transition would have to happen in a safe way, and his executive order will aim to strike that balance.

Abbott gave his latest update on the state’s response to the coronavirus as the number of Texas cases reached at least 11,671, including 226 deaths, according to the latest numbers from the Texas Department of State Health Services. Nearly three quarters of Texas’ 254 counties — 176 — have reported cases.

The number of Texans that have been tested for the virus is 115,918, according to the latest DSHS figures.

That figure has continued to alarm many given how tiny of a fraction it is of Texas’ population, which numbers nearly 29 million people. But Abbott and other state officials sought to deemphasize the importance of the tally during the news conferences this week, saying other states have had much higher testing levels because they had far more deaths. The officials have also argued that preventive measures such as social distancing are more important to slowing the spread than testing.

In any case, Abbott said Friday that testing will be a “component” of his forthcoming executive order on reopening the economy.

Among the counties that Abbott pointed to Friday as cause for optimism was Lubbock County, which saw a spike in cases in late March that is now leveling off. In an interview Tuesday, Craig Rhyne, chief medical officer for the Covenant Health hospital system in Lubbock, said he was beginning to see signs of hope locally.

“At this point in time, we are preparing for the worst and hoping for the best, [but] what we have started to see because of the aggressive stance that our local city government took and the aggressive stance that the governor took … we’re starting to see a flattening of the curve,” Rhyne said. “It’s not over, and there’s no telling what the future may bring — we may see that sudden spike in new cases that everyone has dreaded and feared — but at this time … it appears at this moment in time to be working.”

Abbott’s presentation was not all positive news. He pointed out some places are still on a steady upward trend, including El Paso County, which saw its largest single-day increase in cases Wednesday. Abbott said he has spoken with El Paso Mayor Dee Margo and offered whatever state assistance the area needs.

Meanwhile, in Dallas County, an early hotspot, Abbott said it is “fair to say that things are beginning to look like they are leveling off a little bit.” Dallas County was among the counties that instituted stay-at-home orders in the days before Abbott took statewide action.

“We are definitely getting the sense that the sacrifice, the [county] judge’s orders, everything, is making a difference, but it’s dependent on us continuing to be vigilant in practicing the physical distancing,” Philip Huang, the county’s top health official, said in a news conference Friday. He added that the county is “looking at a peak toward the end of April, first week of May,” but the timeline continues to fluctuate based on the data coming in.