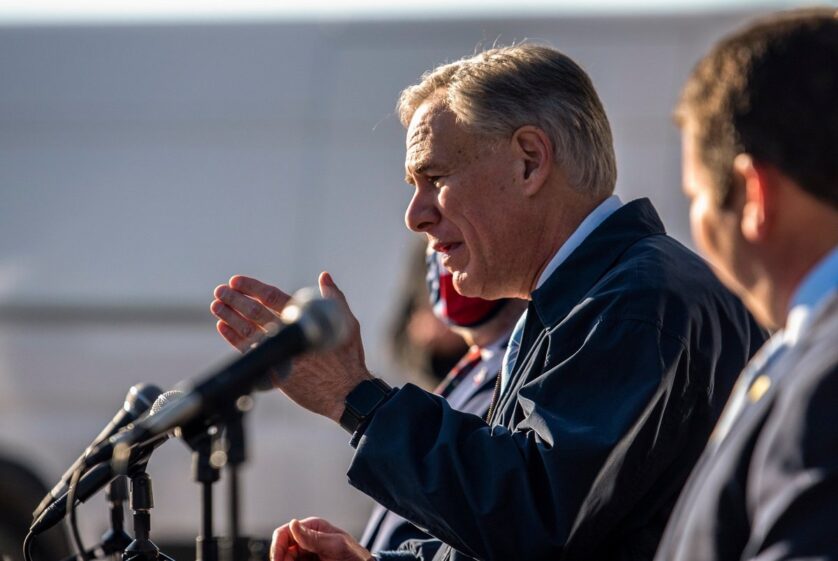 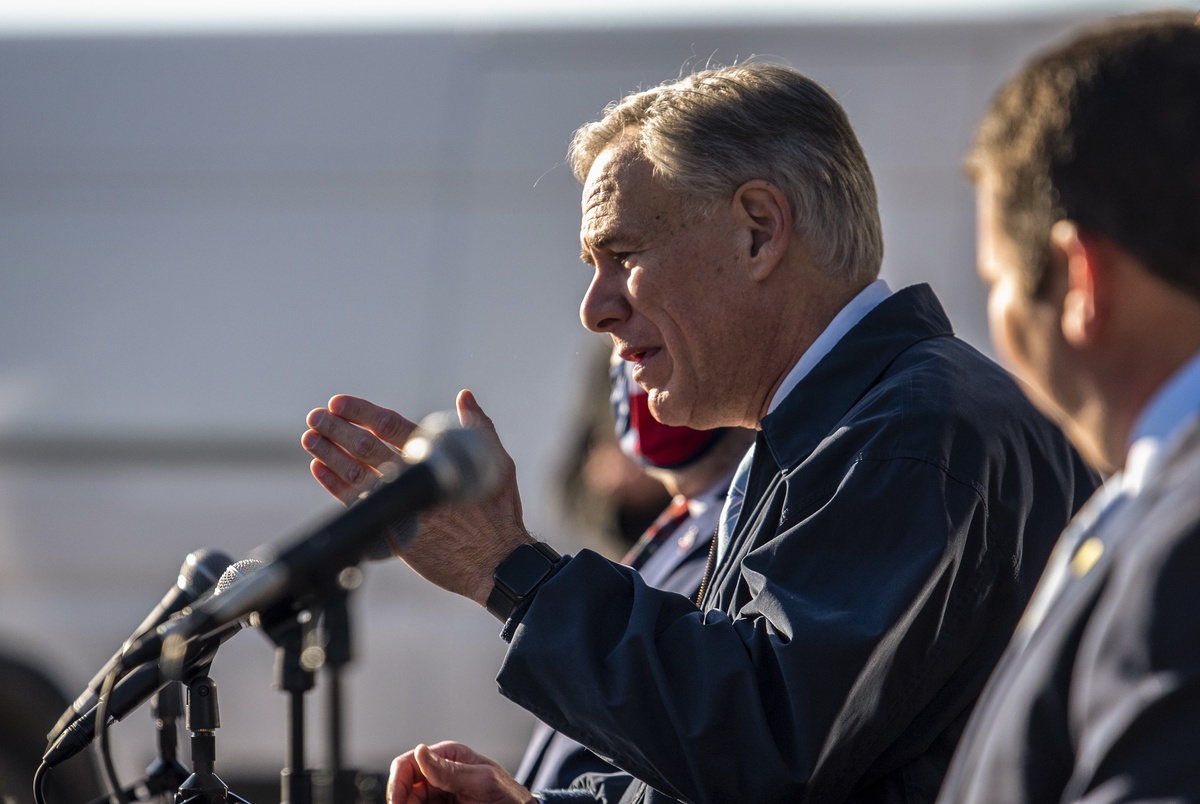 Need to stay updated on coronavirus news in Texas? Our evening roundup will help you stay on top of the day’s latest updates. Sign up here.

Gov. Greg Abbott on Tuesday said his health priorities for this year’s legislative session include expanding telemedicine across the state, increasing services for those dealing with mental health issues, and making sure Texas has an adequate supply of personal protective equipment.

His public comments came after a meeting in Houston with state health leaders and the president and CEO of Houston Methodist Hospital to brief them on his priorities for Texas lawmakers, who returned to the Capitol last week.

Abbott also praised the state’s vaccine rollout and the success of the large-scale “vaccination hubs” he said were instrumental in speeding up the administration of the vaccine. Some 78% of the 1,725,575 doses already shipped to providers have been administered, including second doses, Abbott said.

“It’s remarkable when you think about it,” he said.

The hubs, of which there are nearly 80 across the state, allow Texas “to have several locations capable of vaccinating thousands of people at each of these locations,” he said.

Houston Methodist, one of the vaccine hubs, has reported vaccinating 4,000 people in a single day, Abbott said.

The meeting at Houston Methodist Research Institute was private and initially did not include local public health officials or elected officials, drawing the ire of Houston Mayor Sylvester Turner, who said in a weekend tweet that “any round table conversation in Houston about vaccine distribution in Houston, Harris County region should include diverse representation to ensure there is equitable vaccine distribution to at risk, vulnerable communities.”

In his public remarks, Abbott noted the presence of state Sen. Borris L. Miles, a Houston Democrat whose district includes Houston Methodist, but Miles did not speak during the news conference.

The meeting comes as Texas is set to receive 333,650 first doses of COVID-19 vaccine for 260 providers across the state, including nearly 80 hubs capable of focusing on large community vaccination efforts.

State officials are warning the COVID-19 pandemic is at its worst in Texas after 1,231 deaths were reported for the state in just three days. Hospitals in the Abilene, Bryan-College Station and Laredo areas have also run out of intensive care unit beds.

Texas is outpacing other states in administrating the vaccine, topping 1 million total doses last week. As of this weekend, the state had fully vaccinated, with both doses, nearly 180,000 people. Another 500,000 doses will be shipped to Texas for second doses, Abbott’s office said.

Meanwhile, health officials on Tuesday warned Texans to continue social distancing and washing their hands, pointing out that the state’s supply of vaccine is still far short of the more than 8 million people who are currently being prioritized, a group that includes health care workers, front-line responders and Texans over age 65, among others.

They also encouraged residents to trust the vaccine.

“Everyone needs to run towards this vaccine and get this vaccine when it’s their turn,” said Dr. Marc Boom, Houston Methodist president and CEO.