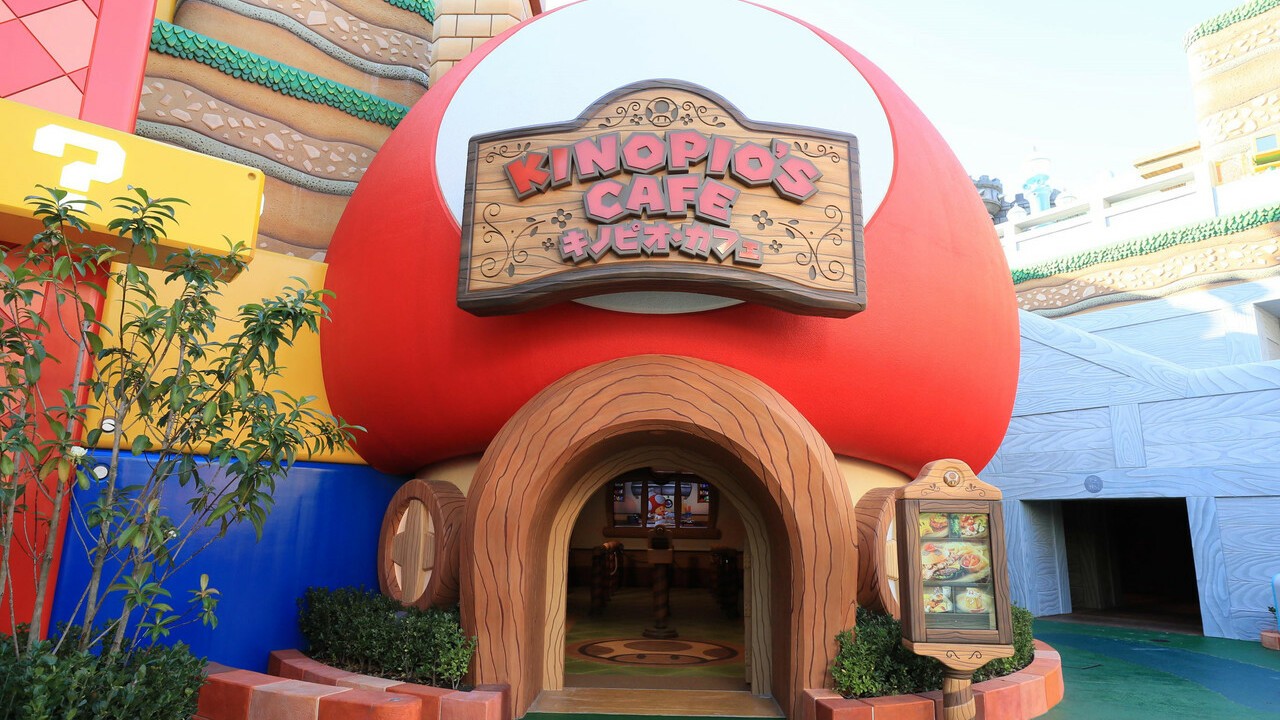 Let’s start with that all-important map. Immediately after the park’s grand entrance, it appears that you can head one of two ways, with Bowser’s Castle being situated on the far-left side. The café is located in the middle of the park, which seems like a nice, convenient spot, and the family-friendly Yoshi ride is close by if you need something gentle to do after eating.

Next up, let’s head inside Kinopio’s Café (Kinopio is Toad’s Japanese name). The entrance looks as charming as you’d expect, as if it had come straight from the set of a children’s fantasy movie, and the food looks pretty yummy too.

Finally, here’s a closer look inside the 1-Up Factory gift shop. After walking through the Green Pipe entrance, you’ll probably find yourself spending your life savings on every Nintendo product under the sun – including that Tokotoko Mario toy. Here’s a look at some of the goodies on offer.

If you missed Miyamoto’s tour of the park – during which he officially confirmed that he was Mario and Luigi’s actual dad, of all things – you can rewatch the entire thing right here.

Do you hope to visit Super Nintendo World one day, when it’s safe to do so? It officially opens next February, although we imagine it’ll be a while before we can all jump on a plane and see the sights – we’re sure it’ll be worth the wait!