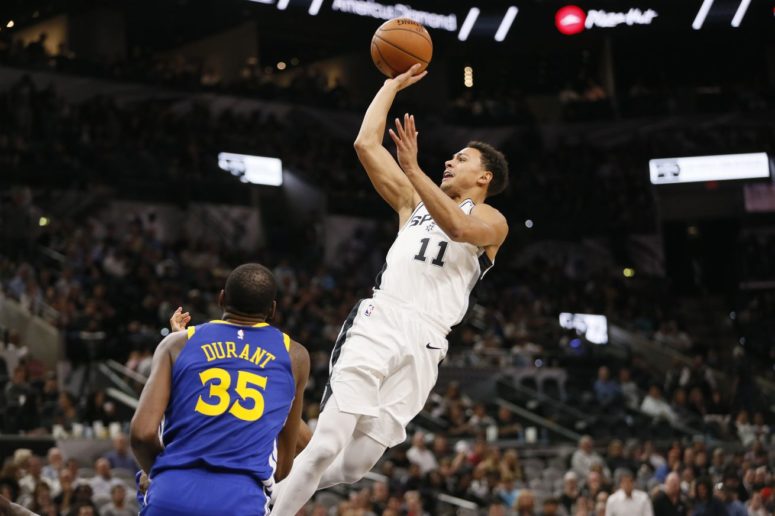 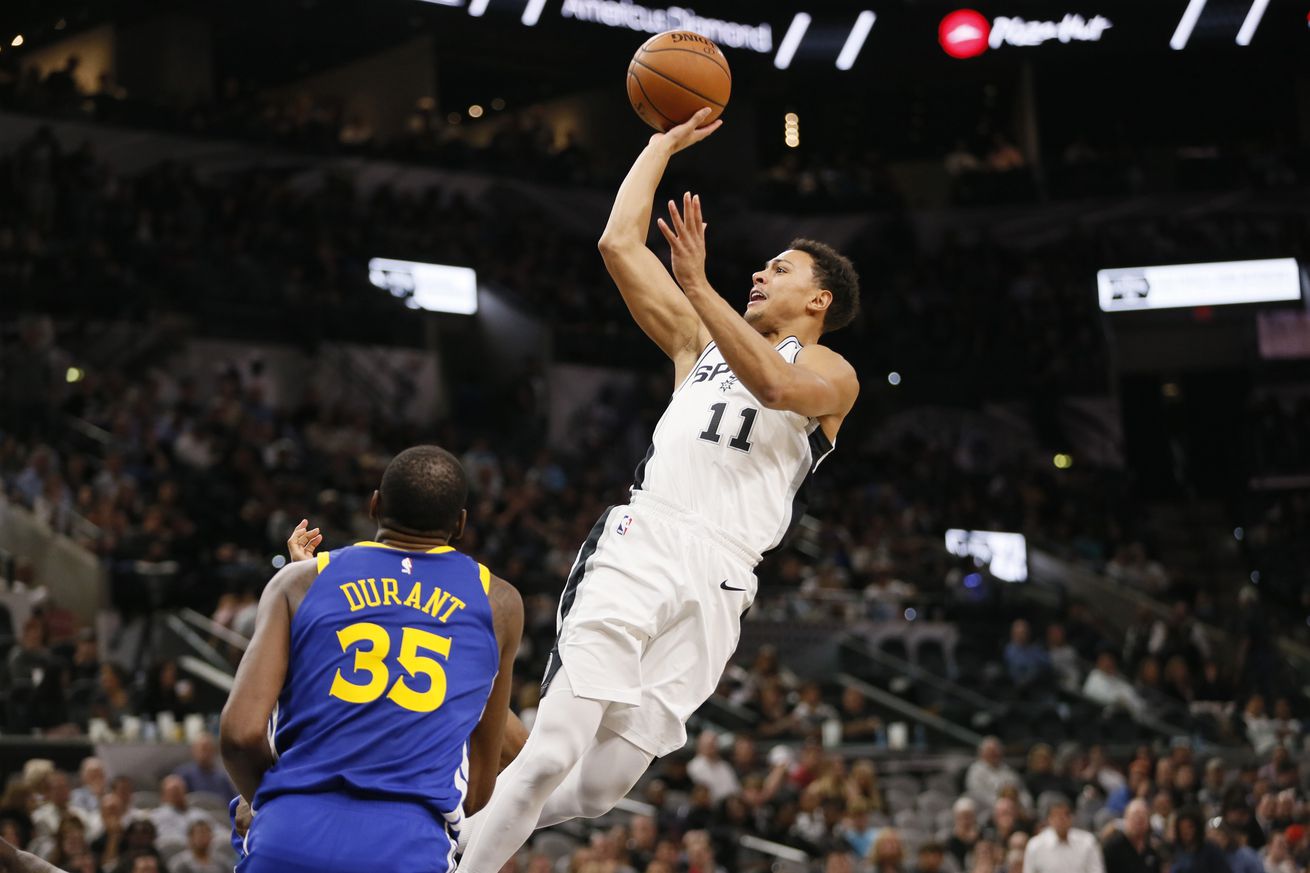 The defense didn’t hold up either, but it wasn’t all bad

Each of the past three years, the Golden State Warriors finished the regular season with a top-five defense. So, even though they ranked just 25th defensively heading into Thursday night’s game in San Antonio, this projected to be a difficult matchup for the Spurs’ anemic offense (also ranked 25th heading into the contest). Even when the Spurs catapulted out to a 19-point first quarter lead, it didn’t feel sustainable.

After the first period, the Spurs offense stagnated, shooting 35% from the field and 1-11 from behind the arc. One reason was San Antonio’s complete inability to generate points off Warriors’ turnovers, the one area where they tend to be vulnerable. Thursday night, the Spurs scored just 0.86 points per possession off of Golden State turnovers, per Inpredictable.com. For reference, last season the Dallas Mavericks ranked dead-last in scoring efficiency off turnovers at 1.07 points per possession. Plays like this killed San Antonio last night:

Not only does the fast break opportunity turn into an airballed three-pointer, but that turns into a goal-tended Steph Curry layup on the other end. Those five-point swings add up quickly against the best team in the league. Rudy Gay didn’t have a good night and Manu Ginobili looked his age after connecting on his first two shots. During their 17 minutes together, the Spurs scored just 73.5 points per 100 possessions and had a net rating of -47. Gay seemed out of rhythm throughout.

In that clip, Gay throws a lazy pass, resulting in an unforced turnover and a Steph Curry layup (another goaltending) on the other end. For Ginobili, Golden State’s length really appeared to bother him on drives. He drove the ball seven times last night, going 1-of-3 on shots off those drives, and one turnover.

San Antonio’s bench units lean on those two for offense when LaMarcus Aldridge sits and both came up empty Thursday. But Aldridge had another strong offensive game, despite an 8-of-22 shooting night. He played with power and forced Golden State to double team him, opening opportunities for his teammates.

One note about the defense: last season, the Spurs ranked best in the league in rim protection, allowing teams to convert just 49.1% of their shots at the rim. Last night, they allowed the Warriors to shoot 70.8% at the rim, which is like their entire team turned into Giannis Antetokounmpo for the night. You know it’s a bad game when your backup point guard, Dejounte Murray, leads the team in contesting shots at the rim. Pau Gasol was a pylon on defense, with opponents going 3-for-3 against him at the rim. He hardly even moves here:

If a team scores 50% from three and 70% at the rim on you, you’ll probably lose. But, with all that said, this game was not nearly as lopsided as the 112-92 final score indicated. With five minutes remaining in the fourth quarter (immediately before Pop was ejected), this was a single-digit game. Golden State finished the game on a 14-3 run during what was nearly all garbage time. During the competitive portion of the contest, San Antonio held the Warriors to a 112 offensive rating, 6.7 points below their season average heading into the game. Kyle Anderson looked good. Danny Green continues to show flashes of his ability to put it on the floor (and that dunk!). Steph flopped egregiously twice. It was mostly a fun game to watch.

This Spurs offense will continue to struggle to scrounge up points against the league’s top defenses. And every team in the league will struggle to slow down Golden State’s offensive pyrotechnics. What San Antonio really needs is a top-five offensive player who also doubles as the best perimeter defender in the league. If only such a player existed … as my colleague BrunoPassos wrote, there’s a Kawhi-shaped hole in San Antonio, and until Leonard’s return, all analysis has to end with his absence. But, looking at the team’s habits and trends remains a useful exercise. Even a healthy Kawhi will need all the help he can get when he comes back, including this bully-ball version of Aldridge.