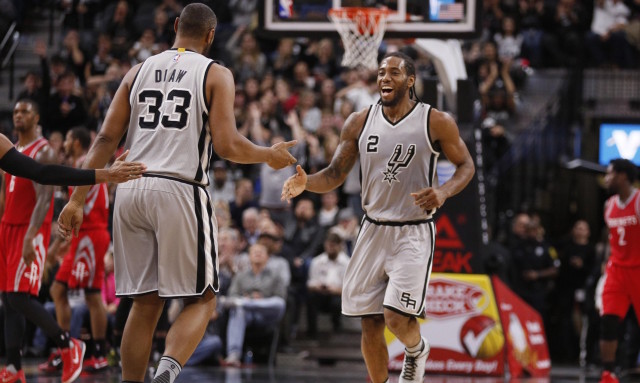 Lawler’s Law tells us the first team to score 100 points wins. While this claim holds true 93.9% of the time according to the site tracking it, it’s especially helpful when trying to explain the Spurs’ 11-game win streak. This is nothing new. All season, San Antonio has stifled opposing offenses, allowing a league-lowest 89.6 points per game. But since laying a lump of coal against Houston on Dec. 25, the Spurs haven’t lost, and have put a bow on their game by putting more points on the board — stuffing stat sheets and stockings alike. San Antonio has gone from scoring 103.9 per game to 109.7 per game over their 11-game run, and have upped their offensive rating from 108.3 to 113.  Let’s take a more detailed look at how the Spurs’ play style and personnel have improved since Christmas…..Read More