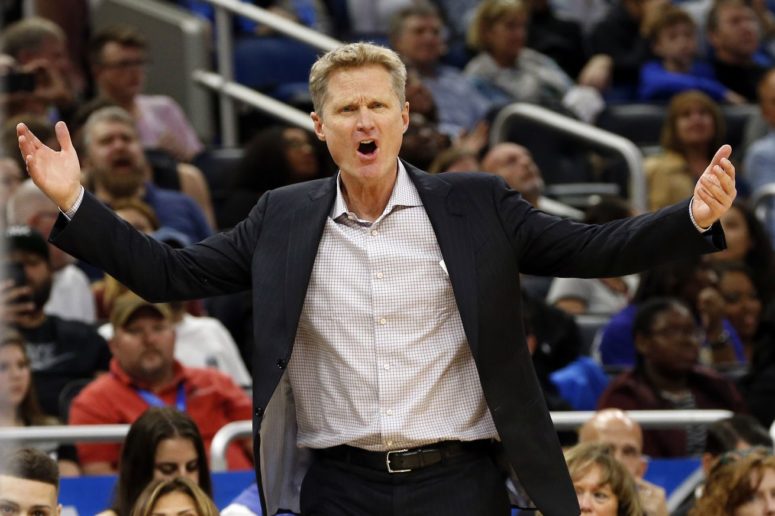 Without video replay, Steve Kerr thinks the Spurs could have won The-Game-that-shall-not-be-named.

Warriors head coach and former Spur Steve Kerr went on Bill Simmons’ podcast recently to talk about a number of topics, including video replay. Both Simmons and Kerr were always advocates for limiting timeouts as a means to speed up the game, and they got their wish this season as the number of timeouts were lowered from 18 to 14, and all timeouts are now 75 sec long instead of 100 or 60 sec.

However, another thing Kerr believes is still slowing the game down is video replay. When discussing whether or replay should be used to determine if a shot is worth two or three points, Kerr used an interesting moment that Spurs fans would rather forget to make his point about eliminating it:

Kerr: Even that one though bugs me a little bit, based on the Ray Allen shot against the Spurs. You know, the famous shot in Game 6 of the Finals in 2013. Because of the rule, the official was scared to death to not look at it.

Simmons: The Spurs could’ve taken it out!

Kerr: They could’ve taken it out, and Ray Allen’s buried in the corner, and the Spurs have Tony Parker—the fastest guy in the league—and if there’s no replay on that, the Spurs inbound it as a four-on-four and Parker actually gets a way better shot than what he ended up getting. And so, what’s really tricky with replay is the unintended consequences. I would like to see it restricted to just the most basic stuff [like] buzzer-beaters. [With] the 3-point stuff, if you get the call wrong, if his foot is barely on the line, I can kind of live with that. That sounds crazy, but at the expense of the flow and the pace of the game—

You can listen to the whole thing here.

What do you think, Pounders? Did video replay hurt the Spurs in that instance, and do you agree that stopping play to see if a shot is worth two or three points is worth stopping the flow of the game?