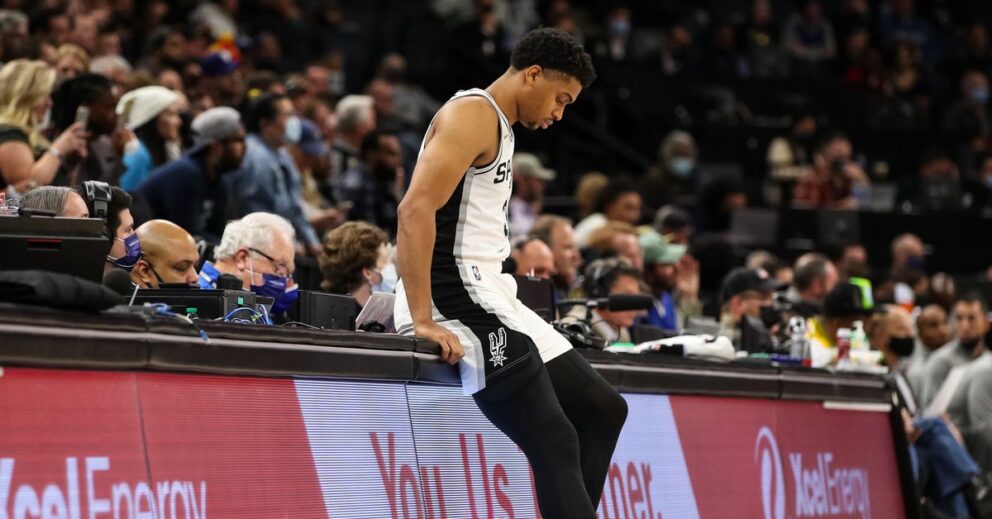 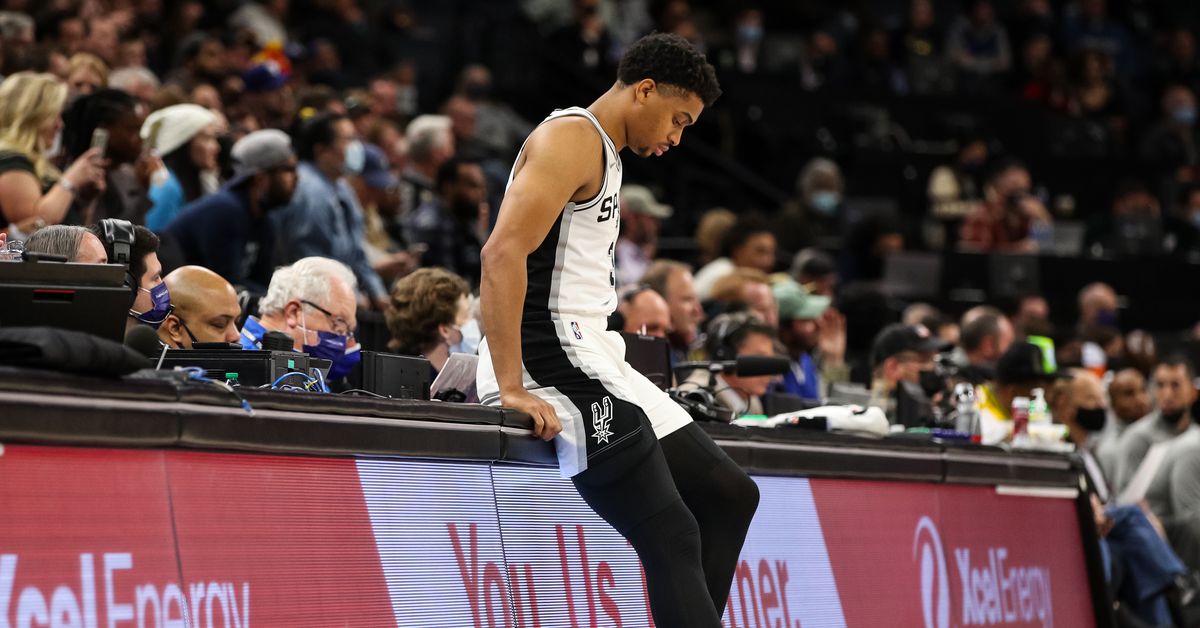 Welcome to the Week in Review: a new Monday feature that will look back at the week that was for the San Antonio Spurs, see what others are saying, take a look at the week ahead, plus more. Enjoy, and any helpful feedback or suggestions to improve the content is appreciated!

Week 4: The Spurs found their stroke from beyond the arc.

While this isn’t the Spurs’ first four-game losing streak of the season, this is the first time they have looked truly “bad” — or in other words, more like a team that is eyeing a bottom five record and not the one that appeared “better than their record indicated” after taking every playoff team they faced down to the wire. Those “close” games have mostly ended on this four-game skid, with three of them being by double digits and essentially over by the fourth quarter.

After ending last week with a home blowout loss to the Mavericks and getting their only single-digit loss to the Lakers to start a three-game road trip, they got blown out again by the Kawhi Leonard-less Clippers on Tuesday before possibly their worst game of the season on Thursday: a 25-point loss to a T-Wolves squad that had been struggling just as badly as the Spurs coming in.

While some good news came before the game that Jakob Poeltl would be returning to action after missing the last seven in COVID protocols, the good vibes didn’t last long as the Spurs had a rare bad first quarter, getting down by 20 points and spending the rest of the game playing catchup. Unfortunately, for every run they could make, the Timberwolves had an answer. They seemingly couldn’t miss no matter how bad of a shot the Spurs’ solid half-court defense forced them into, every 50-50 ball seemed to go Minnesota’s way, and they hit 21-49 threes, compared to just 6-32 for the Spurs.

Speaking of which, after discovering their three-point stroke the week before — hitting 47.8 percent of them, which shot them up to 5th in the league in that category — the Spurs averaged back to mean in an extreme way this week, combining to make just 11-54 threes: good for just 20.3 percent and sending them back down to 16th. Not that they’re expected to hit such extreme numbers like they did the week before, but it would be nice if they could find a happy medium between the extremes, especially as another tough week begins.

We already discussed the Spurs horrid three-point shooting, plus that was last week’s stat, so here’s another one that certainly didn’t help their cause: free throw attempts. The Spurs only got to the line 26 times in two games, which is also not a recipe for success. They shot them at an okay clip, hitting 19 for 73 percent (above their season average), but it was especially costly and a potential game-changing stat against the Clippers, where they only shot 5-7 from the line compared to the Clippers’ 20-22. Some of that could be the Spurs’ tendency for settling for jump shots in the half court (while the Spurs continue to be one of the top teams in the league in points in the paint, a lot of that comes in transition), and their lack of any star power to persuade the refs doesn’t help. Regardless of the reasoning, it’s still extremely rare for any NBA team to get single digit free-throw attempts in a game, and such discrepancies will always leave the team on the losing end left wondering what just happened.

In case you missed it

The Good, Bad and Ugly of the Spurs’ first 15 games

The Spurs are a relatively young team, but they rank just 16th in the percentage of their minutes (14%) that have come from rookies or second-year players. So far, 387 (75%) of those 514 minutes have come from Devin Vassell, who was the silver lining as the Spurs lost their fourth game in a row (an ugly defeat in Minnesota on Thursday in which the Spurs trailed 22-3 after seven minutes). Vassell’s 18 points included an incredibly athletic finish over late help, a pull-up 3 over Karl-Anthony Towns and a dunk over the clean-up guy. The second-year wing has useful length and instincts on defense, along with a smooth-looking jumper. He’s one of 11 players who have shot 50% or better on at least 35 pull-up 2-pointers.

Jakob Poeltl’s return from a seven-game absence didn’t help the Spurs’ defense, which has allowed more than 116 points per 100 possessionsin three of the four losses on this streak. Only the Lakers, Cavs and Blazers have allowed their opponents to take a higher percentage of their shots in the restricted area than the Spurs (32%), and that number has been higher with Poeltl on the floor (36%) than it’s been otherwise (30%).

Having just completed their first of two extended breaks of the season (three days off), the Spurs are home for nine of their next 12 games. But it’s a pretty tough stretch in regard to opponent strength and the Spurs are just 1-6 against the 17 teams that are currently over .500.

It was a light week of work for San Antonio, which had only two games in a seven-day span. Both of the games last week were losses, dropping the Spurs to 4-11 this season. That mark is the second-worst 15-game start in San Antonio franchise history, behind only the 2-13 start in 1996-97. That season, Gregg Popovich replaced head coach Bob Hill after 18 games. — Andrew Lopez

Most thankful for: Dejounte Murray’s excellence. With the days of Tim Duncan, Tony Parker and Manu Ginobili long gone, a rebuild has begun in San Antonio, but the Spurs don’t exactly have a number of pieces to build around. Luckily, Murray’s MIP-caliber play proves they have at least one franchise cornerstone on the current roster. – Kyle Irving

Although the Spurs begin a welcomed four-game homestand this week, they will be hard pressed to avoid their first five-game losing streak of the season with the red hot Phoenix Suns, who are on an 12-game winning streak, coming to town on Monday. It gets a little easier against a couple of underachieving, should-be Eastern Conference contenders, but both are also currently on winning streaks and finding their form, so hopefully the Spurs can do the same in the comfy confines of the (not for much longer) AT&T Center.