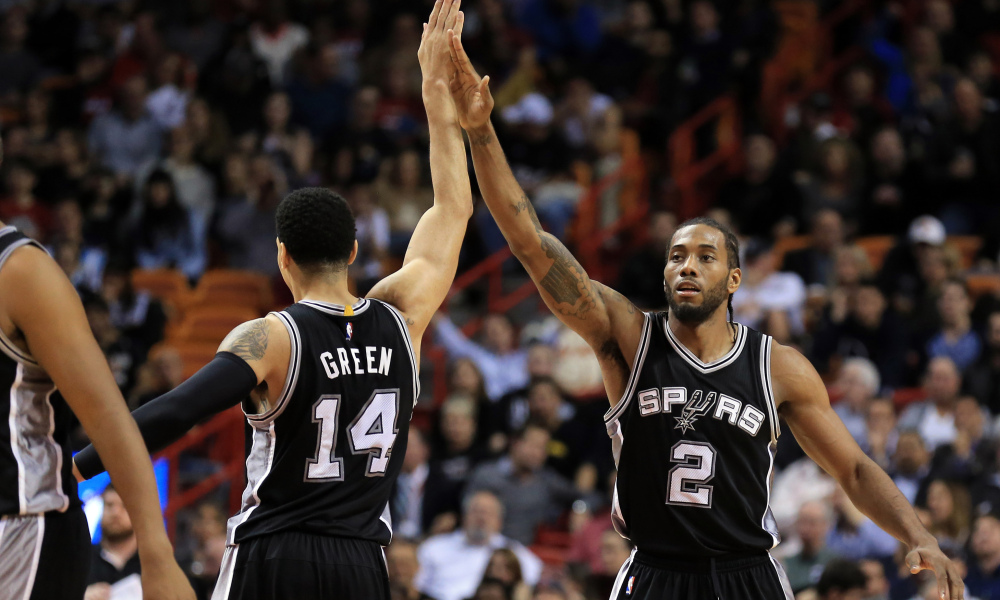 The San Antonio Spurs (46-13) beat the Indiana Pacers 100-99 on Wednesday night. Kawhi Leonard had 31 points and ten rebounds for San Antonio in the win. The Spurs are currently on a five game winning streak and have the second best record in the Western Conference. San Antonio looks to continue their winning streak tonight as they face the New Orleans Pelicans for the fourth time this season. In their first game against the Pelicans, the Spurs won 98-79. Patty Mills had an outstanding game for San Antonio, scoring 18 points and grabbing five rebounds in the win. Along with Mills, Kawhi Leonard had a great game for the Spurs, scoring 20 points and recording two steals against New Orleans. San Antonio could be without Tony Parker for tonight’s game as he is dealing with a leg injury.

The New Orleans Pelicans (24-37) beat the Detroit Pistons 109-86 on Wednesday night. Anthony Davis had 33 points and 14 rebounds for New Orleans in the win. With the win, the Pelicans snapped their three game losing streak and are now 5-5 in their last ten games. New Orleans look to continue their winning ways tonight as they face the San Antonio Spurs for the fourth time this season. In their last game against the Spurs, the Pelicans won 119-103. Anthony Davis had an outstanding game for New Orleans, scoring 16 points and pulling down 21 rebounds in the win. Along with Davis, Jrue Holiday had a great game for the Pelicans, scoring 23 points and dishing out 11 assists against San Antonio. New Orleans could be without Omer Asik for tonight’s game as he is dealing with an Illness.

Keys to the game

The Spurs must get extra offensive touches to Kawhi Leonard tonight if they expect to beat the Pelicans. Over the last ten games, Leonard has been outstanding for San Antonio, averaging 27.8 points and 6.0 rebounds a game. If Leonard can have another big offensive game tonight, the Spurs should win easily.

The Pelicans must play great team offense tonight if they stand any chance at beating the Spurs. New Orleans has struggled on offense over the last five games, scoring 99.2 points a game. If the Pelicans can be efficient on the offensive side of the ball tonight they should have a good chance to pull off the upset.

The Spurs are by far the better team and because of this I fully expect San Antonio to take control early and win on the road tonight.