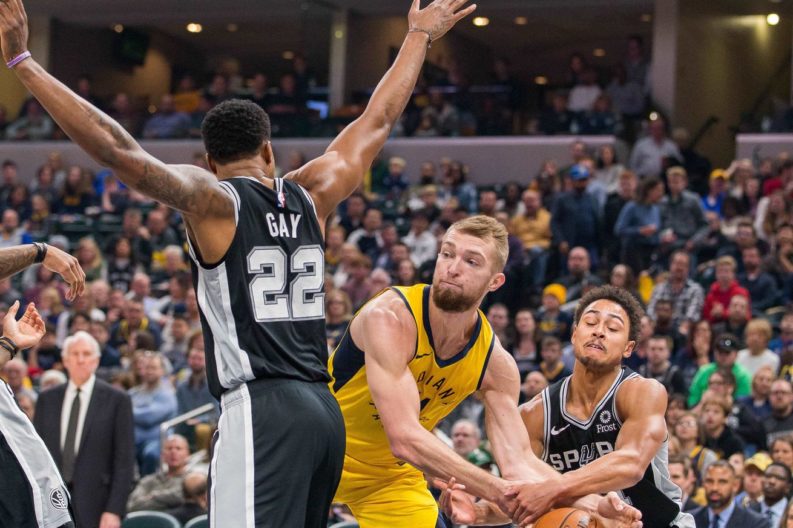 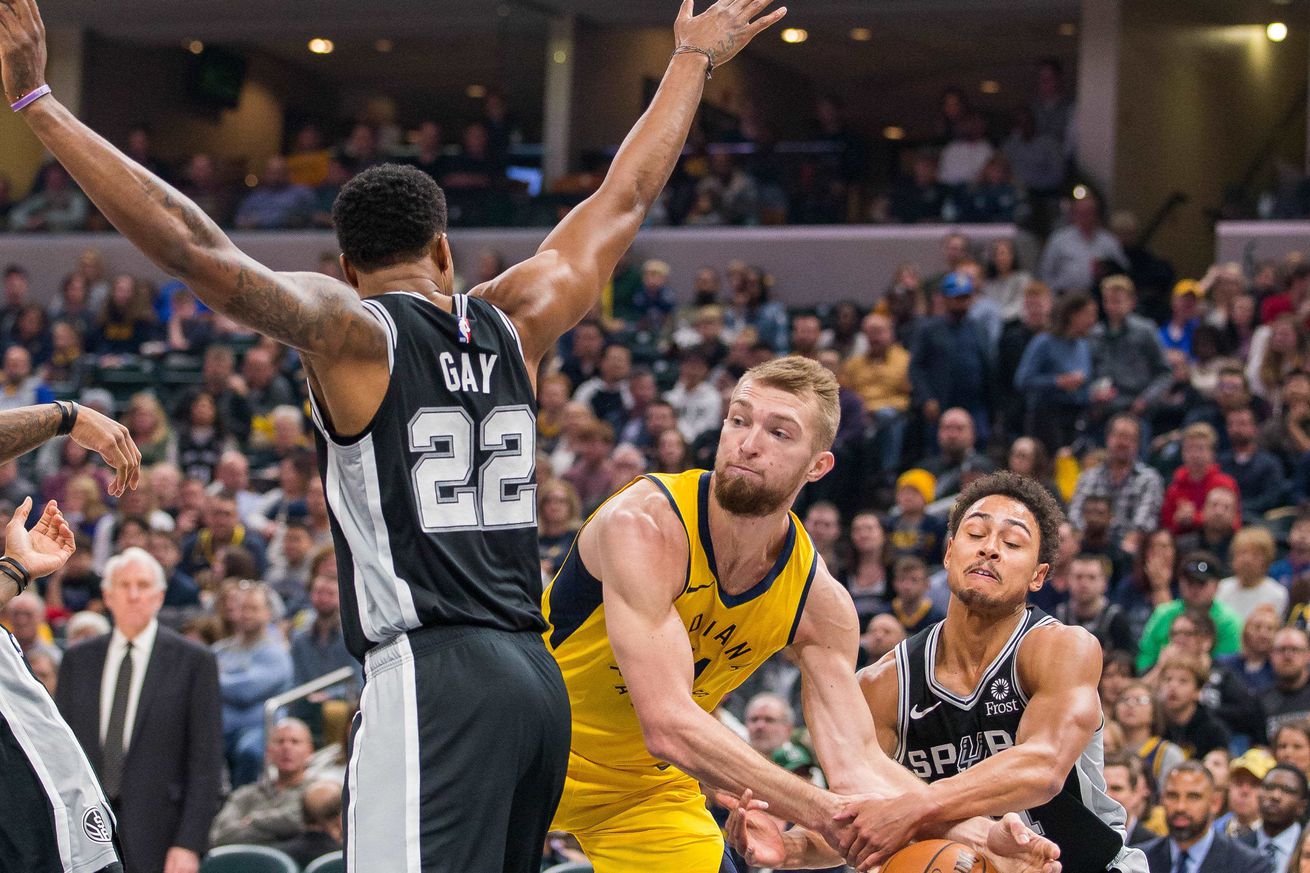 LaMarcus Aldridge had 33 and 14, Rudy Gay added 11 points, 12 rebounds and 7 assists, and the Spurs improved to 3-6 on the road against a scrappy but short-handed Pacers team.

The Spurs got their four-game Eastern Conference road trip started on the right foot on Friday, improving to .500 with a win against the Pacers. Would a blowout have been better in order to let their starters rest for tomorrow’s SEGABABA in Milwaukee? Sure!

DeMar DeRozan and LaMarcus Aldridge got things started with two pick and rolls going left on back to back plays in the first minute. One led to a DeRozan pullup, the next to a LaMarcus jumper off the pick and pop. Aldridge followed it up with an aggressive drive to the rim, and feeding him seemed to be one of the points of emphasis for the Spurs against a thin and undersized Pacers back line. He’d finish the first half with 18 points and 9 rebounds.

The Spurs were playing another one without Pau Gasol (foot soreness), and the Pacers were kind enough to reciprocate, with starters Victor Oladipo and Myles Turner, who was a late-game scratch, both in street clothes. Domantas Sabonis meanwhile played through a banged up ankle, gritting his way to a 19-16 double double but still looked hamstrung throughout. Aldridge was also able to defend far off from Sabonis, allowing him to help often and pick up blocks around the rim.

While Aldridge was option 1A, DeRozan also found ways to remain aggressive, getting to his spots off the pick and roll and in isolation. He had 11 points and 4 assists in the first half and finished with 16 and 6. Rudy Gay filled up the stat sheet in another start, going for 11, 12, and 7 and a game-high +24 in his 27 minutes of action.

The first and second quarters took on similar arcs, with the Spurs creating separation early, stagnating towards the middle, and cobbling together late runs to make more palatable scores going into intermission. At the end of the first, that happened courtesy of a Patty Mills buzzer-beating three that pushed the lead to 29-23. In the second, it happened with a 9-4 run in the final two minutes.

That trend continued in the third and fourth quarters, as the Spurs got up by as many as 20 in the third, but gradually winning the war of attrition proved to be enough, thanks in large part to Aldridge’s two-way effort in the paint. He finished with 33 points, 14 rebounds and 2 blocks on 14-of-25 shooting. The Spurs also did a good enough job rushing the Pacers off the line, halting Indiana runs, and shooting from beyond the arc (10 of 21) to secure the W against a scrappy but ultimately less talented group.