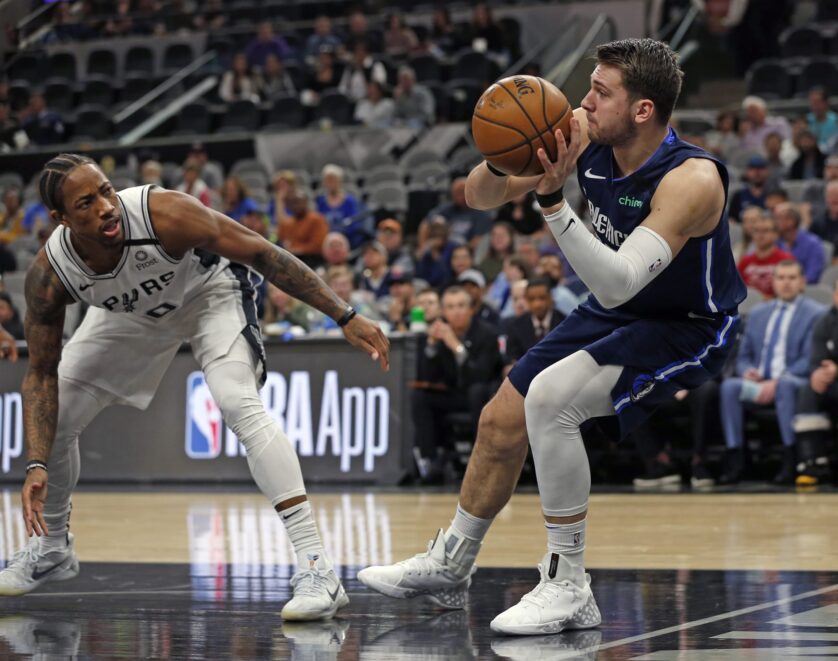 The top spot in the Southwest Division will be on the line when the Dallas Mavericks visit the San Antonio Spurs on Friday night. The 8-7 Spurs come off a disappointing effort against the Warriors that saw their defensive rating drop two spots after they allowed 121 points to Steph Curry’s squad.

After losing three straight, the Mavericks are coming off a 124-112 win in Indiana behind a 27-point, 13-rebound effort from Kristaps Porzingis. While the Spurs dropped three of four to Dallas last season, they took the last matchup in March one day before the NBA was shut down due to the coronavirus pandemic.

Short of trading Seth Curry for Josh Richardson, the Mavericks roster is mostly unchanged from last season. Richardson, however, has been sidelined since January 8th due to medical protocols related to COVID-19.

The key for San Antonio will be getting their 3-point shooting back to a respectable figure after their abysmal 4-for-33 night in San Francisco, which was the second-worst outside shooting performance in the NBA this season.

While I would expect Luka Doncic and Porzingis to get theirs, the Spurs will need to limit wide-open looks for guys like Tim Hardaway, Trey Burke, and Dorian Finney-Smith to keep the Mavericks’ offense under control.

Here’s everything you need to know about the Texas showdown in the Alamo City.