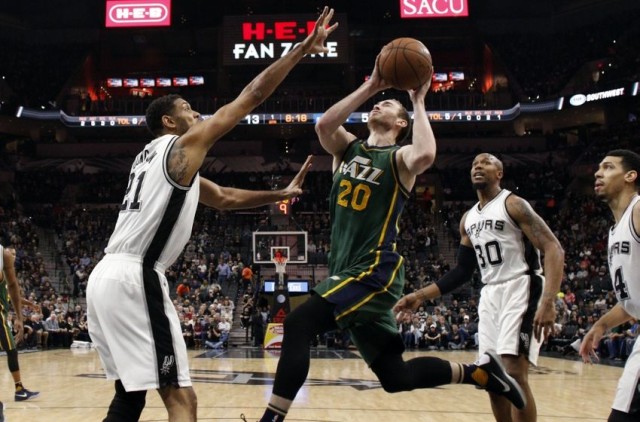 The defensive-minded Utah Jazzhave clamped down during a dominant run at home that has propelled them into the eighth and final Western Conference playoff spot.

They’ll get a chance to see how far they’ve come Thursday night when they put their seven-game home winning streak on the line against the offensively potent San Antonio Spurs.

Utah (28-28), which was the NBA’s top defensive team last season, is allowing an average of 88.1 points in regulation during its current winning streak at Vivint Smart Home Arena.

The club has limited opponents to 40.8 percent shooting in this stretch following Tuesday’s 117-114 overtime victory that moved them ahead of Houston into the eighth seed. James Harden had 42 points, but the Jazz held the rest of the Rockets to 35 percent shooting……Read More