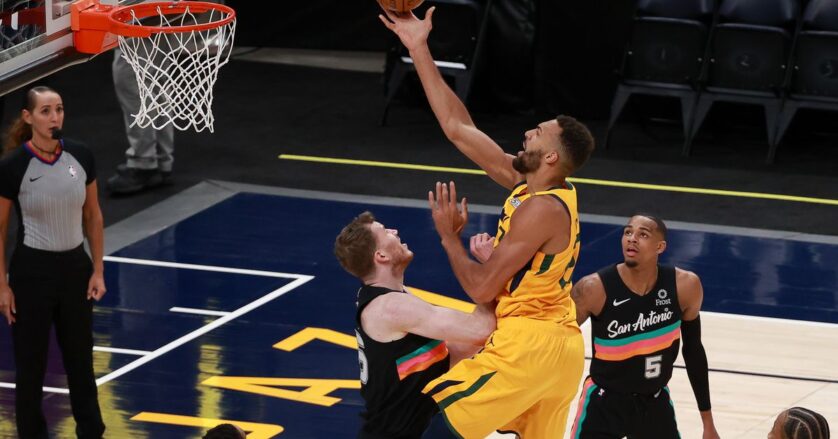 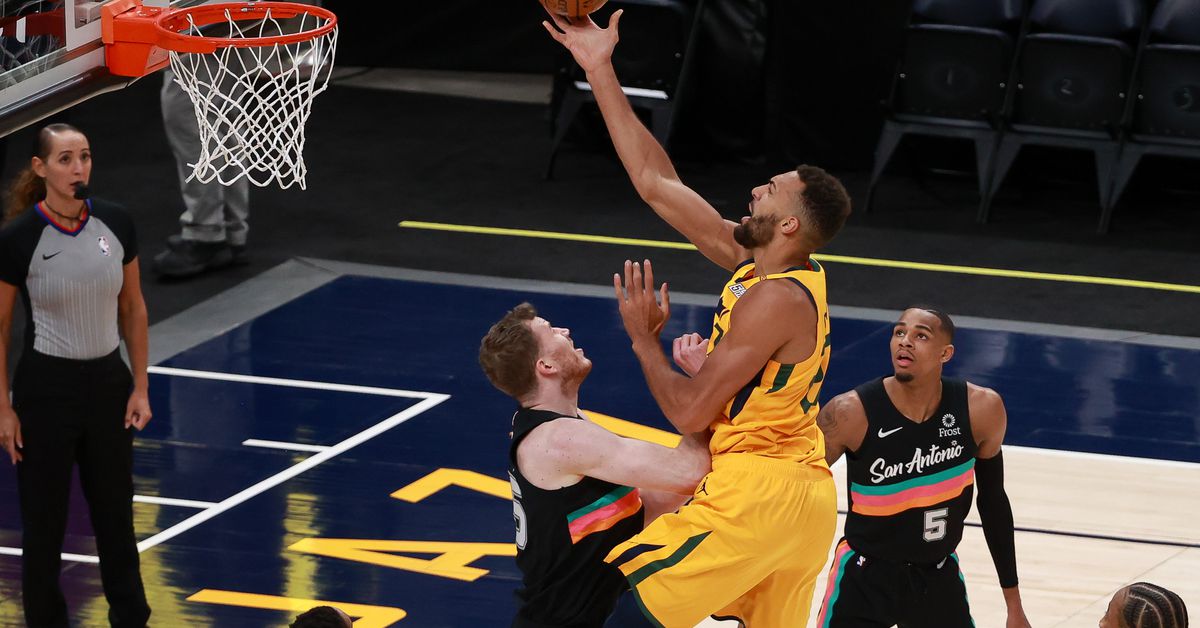 The Spurs lost their 4th straight game, 110-99, at the hands of an overwhelming performance from the now 1st seeded Jazz. Even without two All-Star guards, as Donovan Mitchell and Mike Conley were still recovering from leg injuries, the Jazz dominated. Bojan Bogdanovic continued his recent stretch of hot play, leading all scorers with 25 points while Rudy Gobert added 24 of his own and DeMar DeRozan paced the Spurs with 22 points and 6 assists.

If ever the start of a game was an indicator of things to come, this was it. Coach Popovich had to call a timeout just 40 seconds into the contest after the Spurs found themselves down 5-0 after two poor defensive efforts and a careless turnover. The Spurs came out of the break more focused, but it was clear they were fighting an uphill battle. Unable to drive to the rim with Rudy Gobert patrolling the paint, the Spurs’ penetration went nowhere and they were forced to make do with contested jumpers even more so than usual.

Still, the Spurs managed to keep the game respectable well into the 2nd quarter, trailing by just 5 with 6 minutes to go in the half. Even then, though, the Spurs never really appeared to be a threat to take the lead, relying as they were on the Jazz missing open shots to stay in the game. The home team’s superior spacing eventually took its toll and they closed with a 20-8 push on the backs of Bogdanovic and Jordan Clarkson to take a 17 point advantage into halftime.

The 3rd quarter was more of the same, as the Jazz pushed their lead out to 25 and seemed capable of thwarting any momentary Spurs’ run just by asserting themselves enough to maintain a comfortable margin. Devin Vassell hit the Spurs’ first three pointer of the night nearly 5 minutes into the 2nd half, which sums up the game pretty well. At that point the Silver & Black were just 1 of 8 from deep. Despite some solid play to close out the quarter, the Spurs still found themselves down 17 headed into the last stanza.

The last 12 minutes were mostly meaningless, and though the Spurs fought hard enough to shrink the final margin down to just 11, the game was never really in question and Coach Popovich finally pulled the plug with 2:02 left.

Next game: Vs the Jazz on Wednesday

The Spurs will get another crack at the Jazz on Wednesday, and even though the Pelicans aren’t exactly knocking down the door to take 10th place in the West, it probably would be a good thing for the Spurs to get a win at some point.