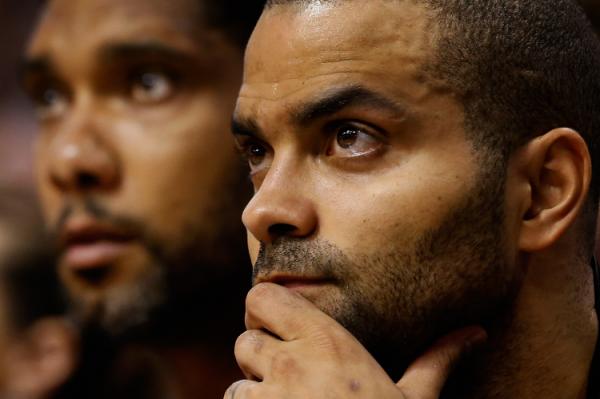 SACRAMENTO, Calif. – Tony Parker tried to walk to the team hotel elevators quietly on Monday en route to his room before being swarmed by smiling fans. They didn’t seem to mind that Parker’s numbers were down or that perhaps his All-Star days are behind him. And frankly, Parker doesn’t mind either.

Tony Parker is having a fine shooting season for the Spurs. (AP)

“For sure they think it’s a down year,” theSan Antonio Spurs point guard told Yahoo Sports on Monday. “But I think if you know basketball, all the people that really know basketball and the coaches and guys that pay attention to who makes the team go engine-wise, they know that I’m having one of my best seasons.”

Parker witnessed the passing of the Spurs’ torch from Hall of Famer David Robinson to Tim Duncan. Five years ago, Parker was honored to take the lead from Duncan with the blessing of coach Gregg Popovich. And now, in the next phase of the Spurs’ evolution, Parker has passed the torch to All-Stars Kawhi Leonard andLaMarcus Aldridge.

“My first career I was behind Timmy and Manu [Ginobili] as the third option,” Parker, 33, said. “I was trying to get better as a player and a point guard. Then Pop gave me the key in 2011, and it was my team for four or five years. And now I’m back to being a third option [offensively], more of a distributor and more of a defender…….Read More

Source: Spurs’ Tony Parker on new role: ‘It’s like a third career for me, but it is great’ – Yahoo Sports