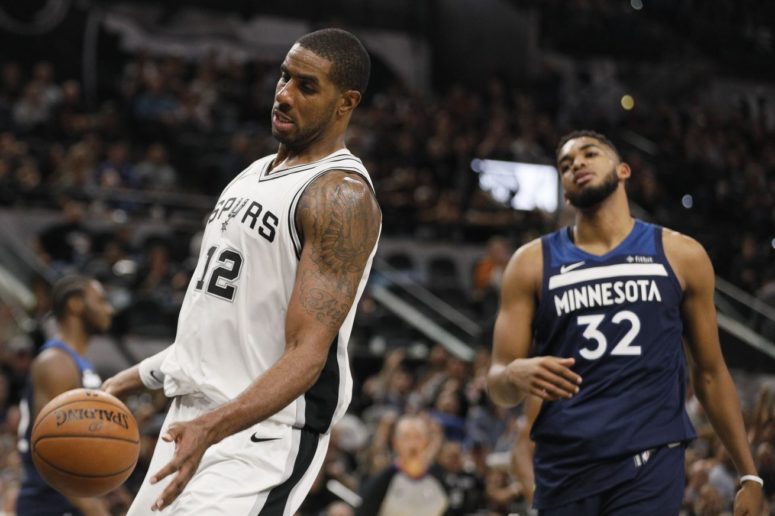 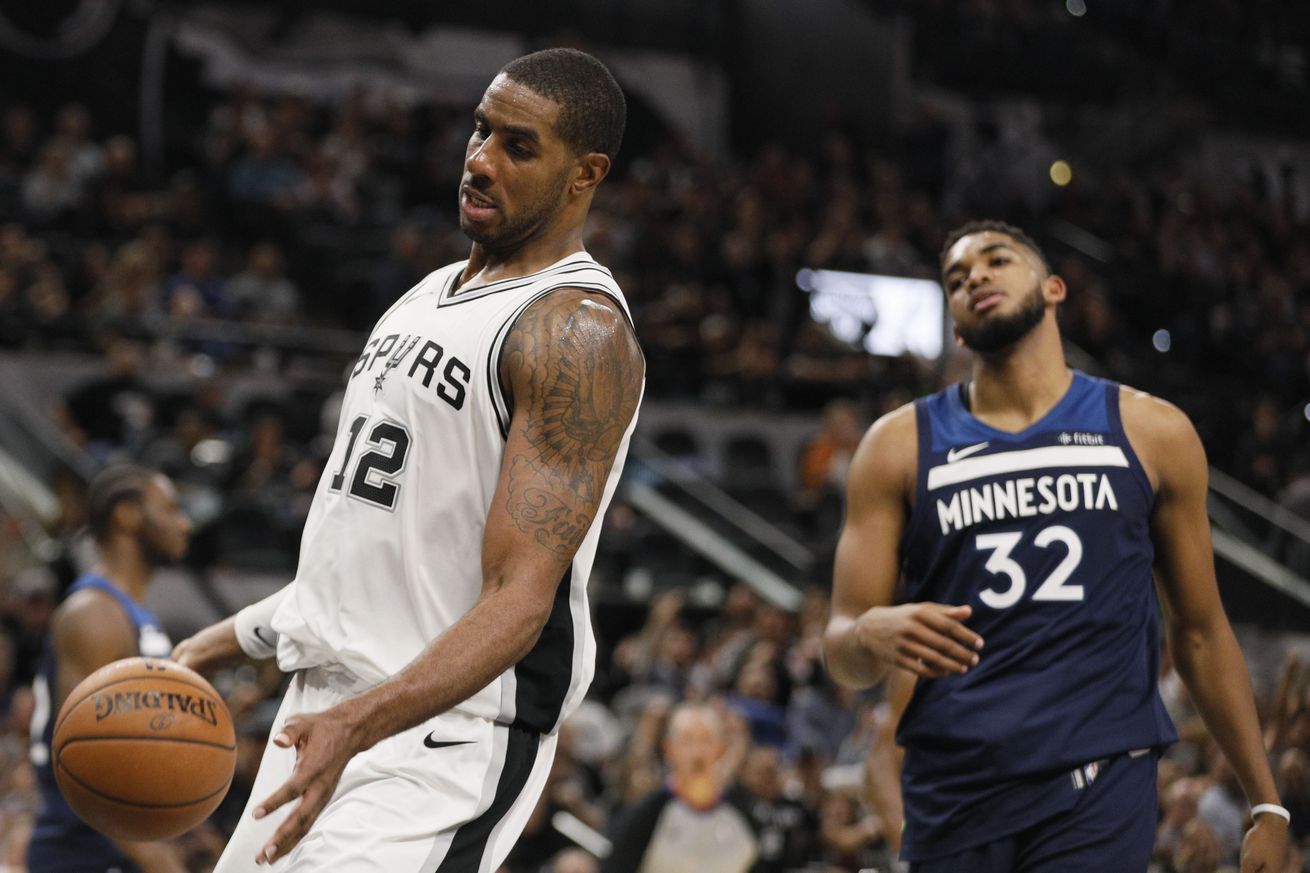 With Kawhi Leonard in street clothes, LaMarcus Aldridge showed the Spurs had all the starpower they needed to beat an upgraded Minnesota squad.

Much has been made of the Spurs’ nondescript offseason, settling for seemingly marginal moves as superteams formed elsewhere. One of those new powers was meant to be the Timberwolves, who added top-flight wing Jimmy Butler to a core of Karl-Anthony Towns and Andrew Wiggins and have their sights set on a long-awaited return to the playoffs.

But with all the hoopla surrounding the Butler acquisition, with Wiggins inking a near-$150 million extension, and with the boundless potential Towns has shown, the brightest star on Wednesday night was the oft-chided LaMarcus Aldridge, who carried over his terrific play from the preseason and led San Antonio to a 107-99 win. It was the Spurs’ 14th straight win over the T-Wolves.

The more things stay the same, the more things change, and the Spurs continue to show a knack for adapting and evolving when necessary, no matter the opponent.

Consider the second-year guard asked to replace an injured future Hall of Famer in Tony Parker. Dejounte Murray is figuring this all out as he goes along, but the tools he already possesses will soften those growing pains. For every foul he committed on a jump-shooter, or turnover in traffic, he provided another two plays that affirmed why he was on the floor. Murray routinely made his presence felt, whether it was simply using his length to crash the glass (“I can’t have this 7-foot wingspan for no reason,” he said after the game) or doing something a little more spectacular:

Dejounte Murray throws down after a steal pic.twitter.com/vZws7hWoUD

Or consider the small-ball lineup of Patty Mills, Manu Ginobili, Danny Green, Rudy Gay, and Aldridge that was on the floor for the final five minutes and turned a one-point lead into an eight-point lead. The group helped the Spurs better match up with Minnesota’s rangier five, as they closed the game out mostly through their efforts on the defensive end.

The Spurs began the game 5-of-6 from three-point range, racing to a 32-25 lead after the first quarter, but leaned more on their strengths inside after going cold later on. They finished the night 8-of-21 from beyond the arc.

21 would be somewhat symbolic on Wednesday, marking not only Murray’s age, and the 21st season Pop is beginning as head coach of the Spurs (he’s now won 19 of 21 season openers), but also the jersey number belonging to its greatest player, who was in the building watching the game with his wife and young daughter, caught gnawing on his shirt here.

Tim Duncan’s daughter chewing on his shirt is the cutest thing you will see all day. pic.twitter.com/PdPAkADlw8

The newly re-upped Aldridge would do much of the heavy lifting for the Spurs. He put up 25 points, 10 rebounds, four assists and two blocks while setting the edge on both ends of the floor. That’s something the Spurs will need throughout the season, but especially with Kawhi Leonard out for—we still don’t know how long.

Pop praised Aldridge before the game, saying the 32-year-old big man looks ready “physically and mentally” this year, after a second season in San Antonio mired by distractions and one health scare. The coach himself admitted he needed to adjust to how he worked with his power forward, taking precisely 98.75% of responsibility for Aldridge not finding his comfort level on the team. His words revealed not only accountability but an awareness of when to adapt. It’s a quality that marked this win, and should underlie whatever successes are to come.

A solid debut for Gay

Rudy Gay came off the bench, but also finished the game, forming part of that small-ball lineup that helped put the game to bed. He had a big slam on the fast break, caused by a defensive stop he helped produce, and showed some nice moves off the dribble. He finished with 14 points, five rebounds, two assists and a steal.

Danny Green, getting it done on both ends

The shooting guard’s light was green for most of the night, as he took multiple step-backs inside the arc and hit a filthy pull-up three in transition. He finished with 17 points to go with four boards, two assists, two steals and two blocks.

Some laughs at the rookie’s expense

Pop on Derrick White’s role: “There is a spot over on the bench that is going to get polished by the seat of his pants.” #Spurs

With the players standing, arms locked, before the national anthem, the jumbotron displayed a message directed towards the fans, from the entire Spurs organization. I caught (most of) the presentation, as well as the AT&T Center crowd’s cheers of approval afterward.

A message from the Spurs players and coaches ahead of their season opener vs Minnesota pic.twitter.com/vLxgycUPbH

Who wrote it? Neither Pop nor Murray would say after the game, although the latter confirmed he (and presumably all the other players) indeed read the message beforehand and stood by it.