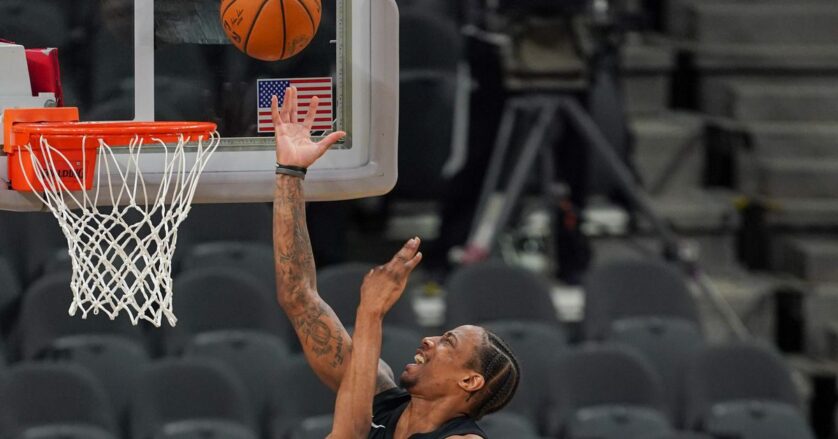 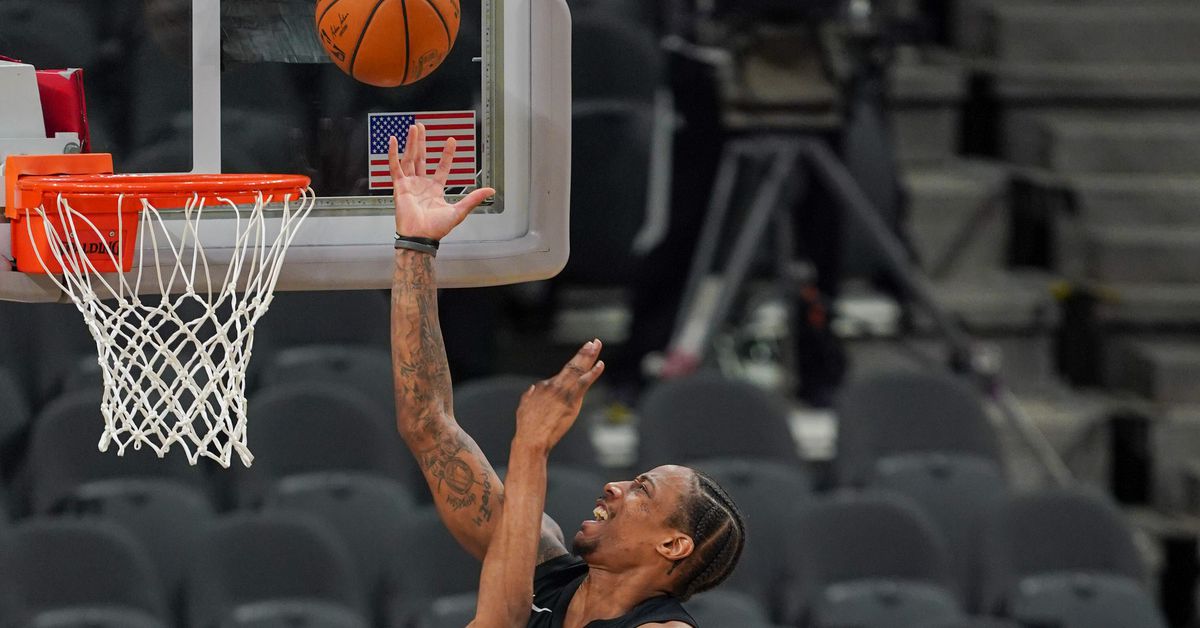 For the second straight game, the Spurs found themselves in a deep hole, but on Friday the good guys were able to make the game competitive. DeMar DeRozan led the team with 29 points and LaMarcus Aldridge scored 26. Additionally, Keldon Johnson grabbed a career high 14 rebounds to notch a double-double with his 17 points. Despite losing Dejounte Murray early to an ankle sprain, the Spurs showed out better in this game with the return of their three point shooting.

In fact, the team’s leader in made threes for the night was none other than Aldridge who drained 4 out 7:

Keldon Johnson showed off his speed, power, and a soft touch to finish off his bullrush down the baseline:

Aldridge dining and dunking out on Lonnie Walker’s dime:

Right now, this is the only block party I’m willing to attend. Rudy Gay and Jakob Poeltl made Dallas take no for an answer. Twice in a row.

Rudy Gay made a statement with a rim-rocking hammer dunk:

Here are the full game highlights:

Next up, the Spurs stay home to take on the Washington Wizards on Sunday, January 24, 2021.