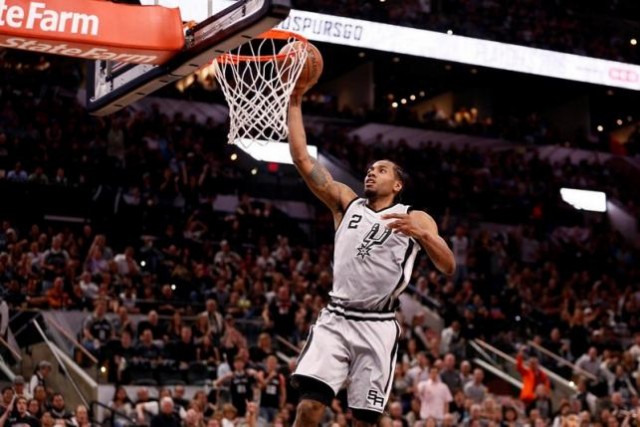 It began with a swipe.

What should have been a simple handoff turned into a theft. Leonard thrust his giant paw between Barnes and Chris Anderson, batting it loose and picking it up in one fluid motion.

Leonard jogged down the open court alone, finishing with a slam and inspiring feelings of déjà vu in those who have seen him do this exact thing hundreds of times before.

Leonard was the Grizzlies’ very own boogeyman on defense, lurking around corners, jumping into passing lanes, deflecting balls and generally wreaking all sorts of havoc.

“He is aggressive, he is in passing lanes, he has great on-ball instincts, great hands and blocks shots well,” Grizzlies swingman Vince Carter, who finished with a team-high 16 points, said.

“Even if he gets beat, he can recover,” Carter added. “He has very long arms and is relentless. He really gets their defense started.”……..Read More