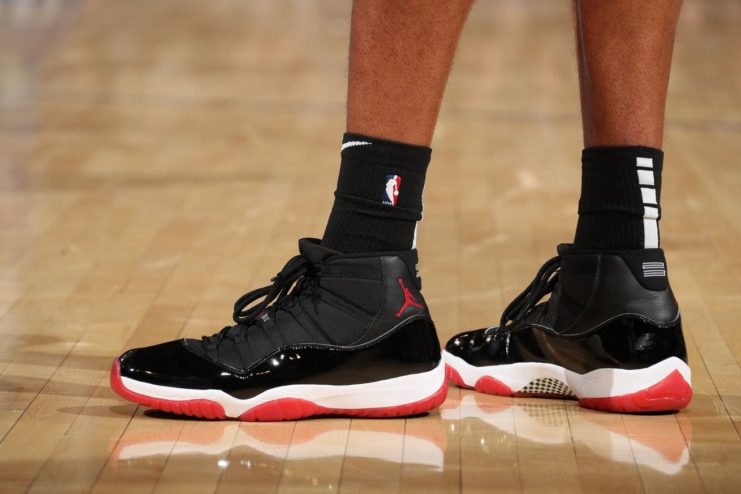 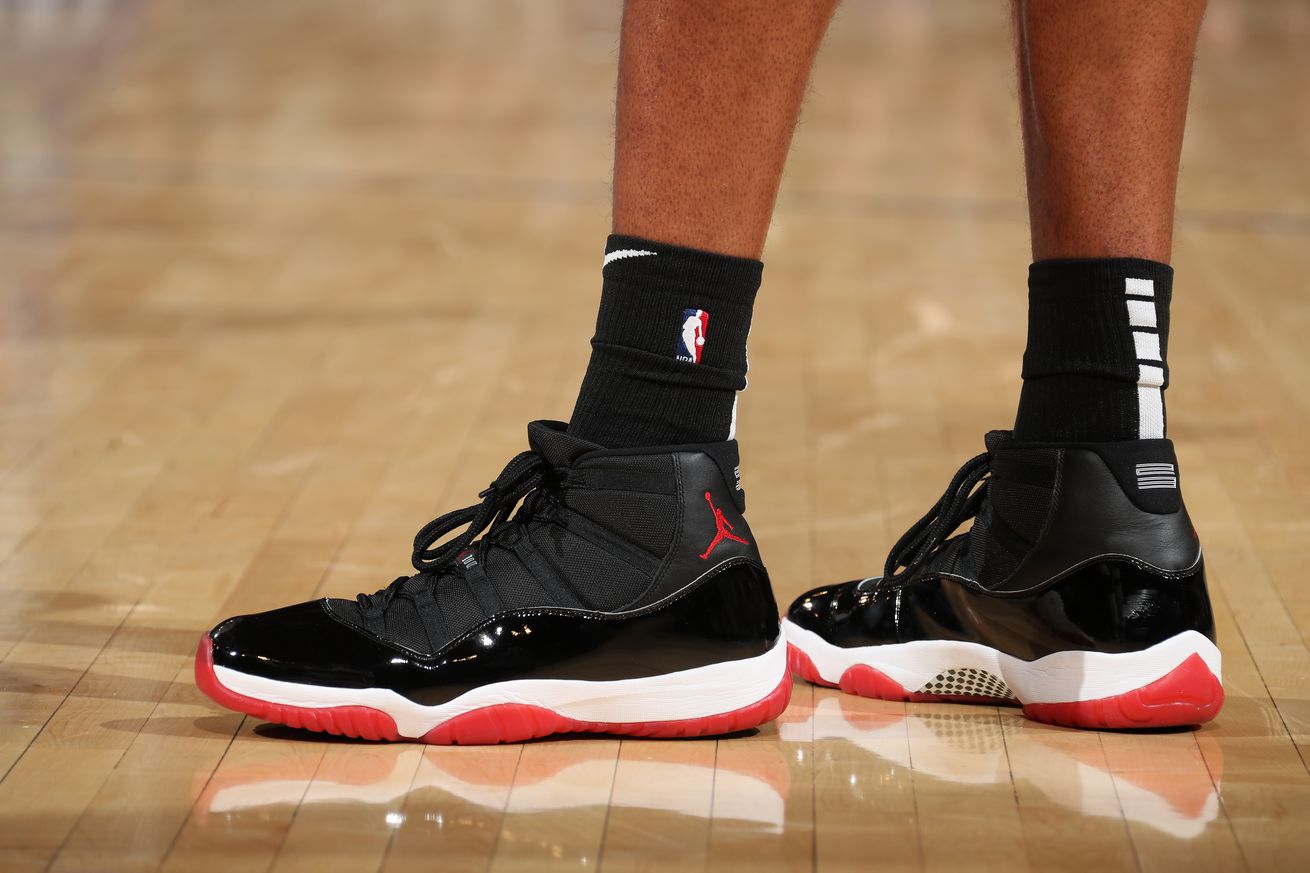 Though the Spurs have struggled so far this season, their veteran big man LaMarcus Aldridge has continued to bring some serious heat to his shoe game. A long-time Jordan Brand endorsee, Aldridge has rocked both the latest Jordan models (the 33 and 34), as well as two of the company’s most famous and sought after designs, the XIs and XIIIs.

Last night at the world’s most famous arena, Madison Square Garden, Aldridge broke out the, “Bred XIs,” a black and red dominate color-way worn by Michael Jordan throughout the 1996 NBA Playoffs on his way to his 4th championship and first after returning from baseball. The defining feature of this model is the patent leather mudguard that wraps around the shoe from the toe box all the way to the heel. According to Sole Collector’s History of the Air Jordan 11, it was this model that influenced Jordan Brand to begin releasing retro’s on Saturdays rather than during the week because students were skipping out on classes to stand in line and try to cop the latest retros.

The Spurs big man played an incredibly solid game, with 23 points, 6 rebounds, and 3 assists to help the Spurs beat the Knicks and break an 8-game losing streak, the longest of the Gregg Popovich era:

Coveted by sneaker heads because of their classic (and classy) look, the “Bred” 11s were recently announced as a Holiday 2019 retro release by Jordan Brand. They will go on sale December 14th at select Jordan Brand retailers and on the website StockX for $220. Last released back in 2012, any XIs tend to be quick sellers, so if you’re interested in grabbing a pair, you’d better hurry!

Will you be picking these up? What’s your favorite Air Jordan model? Let me know in the comments section!