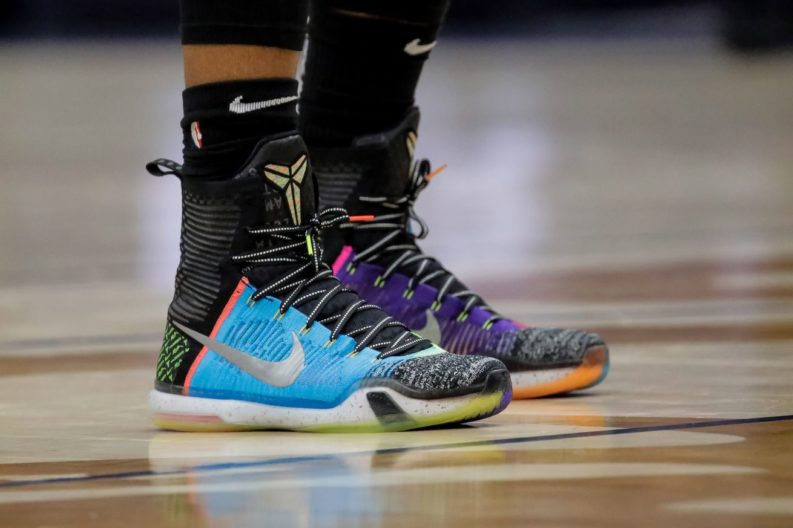 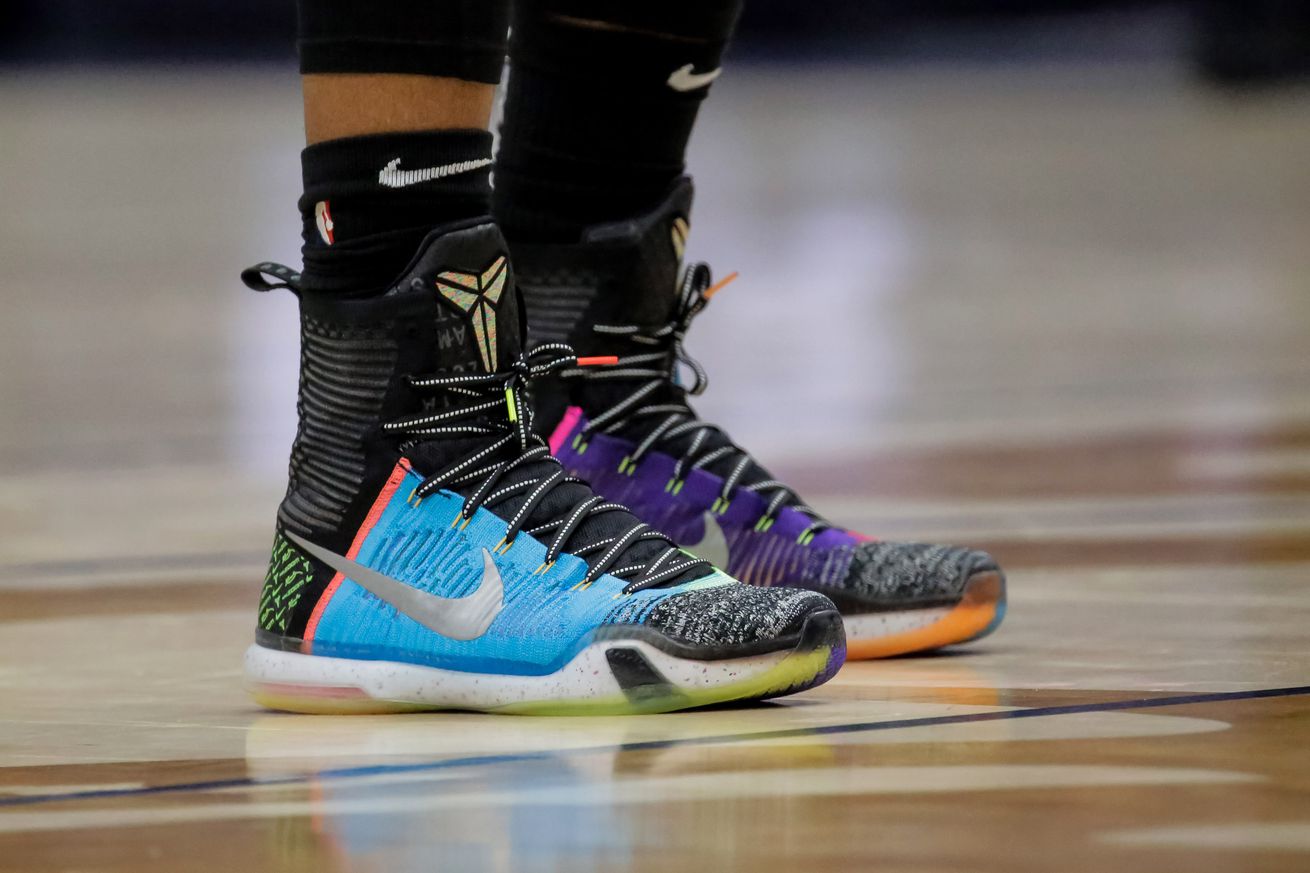 The Mamba-shod DeRozan continues to show out, both in his play and with his choice of sneakers

It’s been established by now that as far as footwear goes, DeMar DeRozan is a Kobe guy. DeMar wears the Mamba’s shoes pretty much exclusively now, and his sneaker collection is made up of more than just a few basic colorways.

Though the line has plenty of new iterations from which to choose from, DeMar is fond of a few older models. Everything from sneakers from Nike’s Kobe “Protro,” line to the Kobe A.D. that he debuted in summer league play, but he seems to really enjoy both the Kobe IX (9) and Kobe X (10), in particular the high-top, “Elite,” models, which is why it wasn’t too surprising to see him break out a dope colorway of the Kobe X Monday night in New Orleans.

Released at the end of 2015 during Kobe’s (and, it turned out, Tim Duncan’s) final season in the league, the Kobe X “What the” colorway features a spattering of weird colors and angles that someone find a way to look like they all belong with one another. Blue, Lime Green, bright Red, and Purple adorn the sidepanels, while the outersoles have splashes of orange, greens, blues, and reds. The mix of colors and brightness Mardi Gras, which the city of New Awlins (or N’awlins if you’re a tourist) is most known for.

At the time of its release, the Kobe X “What the” Elite retailed for $260. A quick eBay search shows that they can still be had for $260 brand new and anywhere from $150 to upwards of $300. While I dig the colorway, I’ve never played in a pair of the X Elites before. Not knowing how a shoe will react when I play a game would make it pretty hard to spend so much cash on a shoe, even if I did love the colorway it came in.

Have you had any experience with the Kobe X Elite model? Who’s sneakers should we do next?