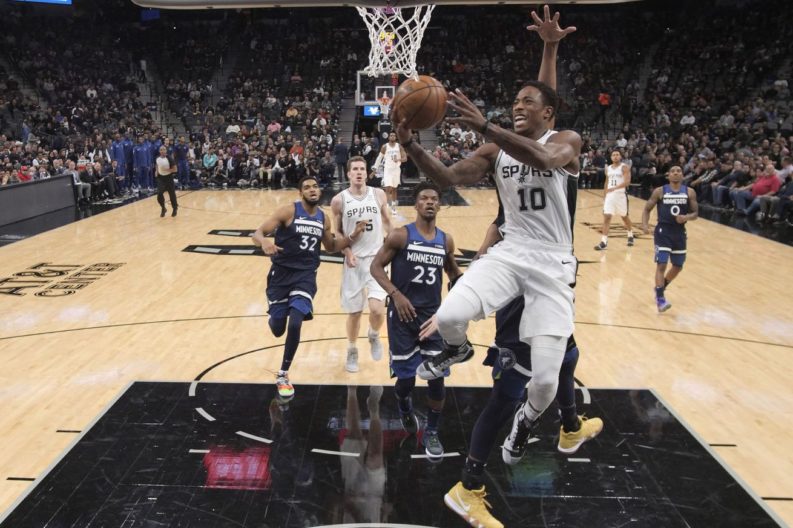 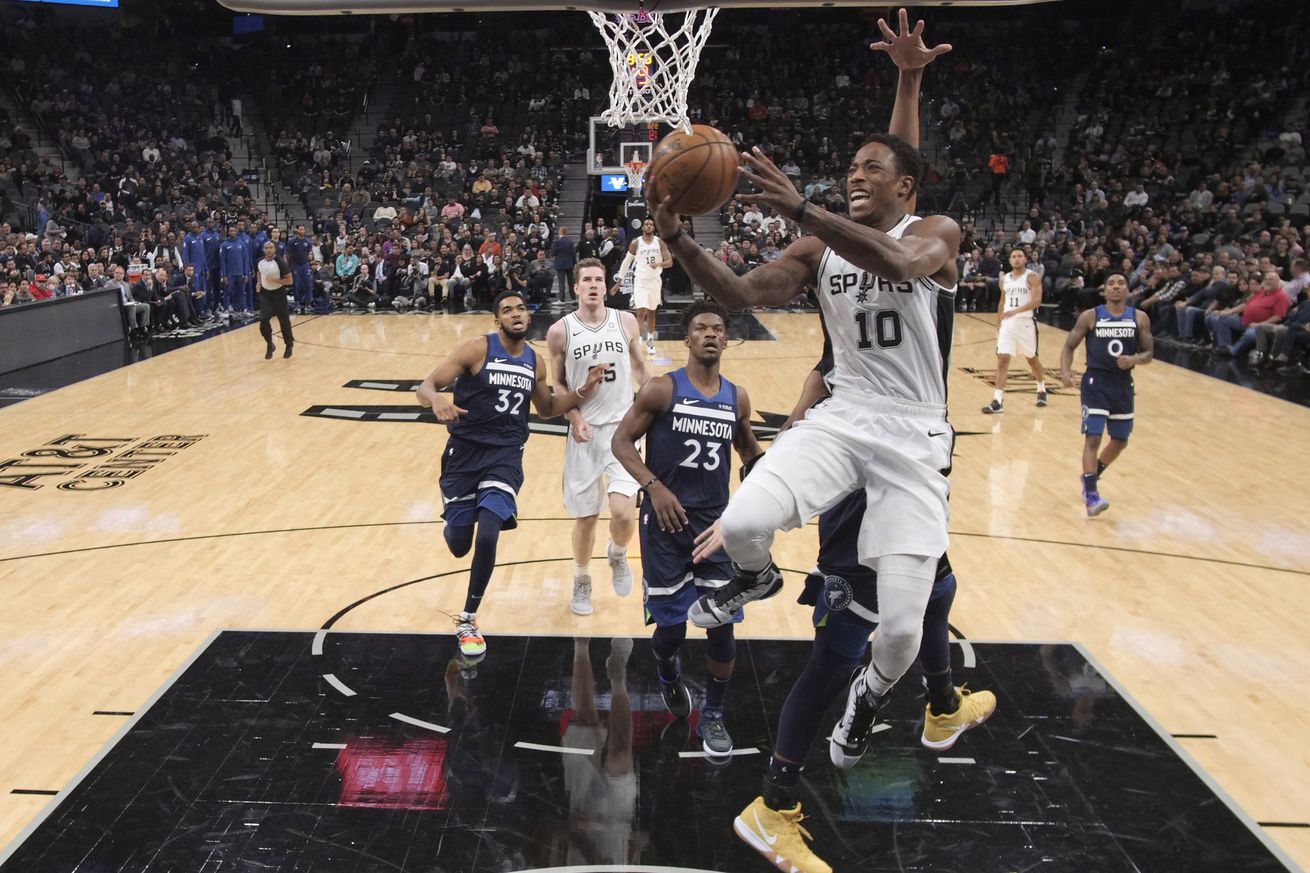 New Spur DeMar DeRozan got his first season in San Antonio underway with an ‘oldie, but a goodie’ as far as sneakers go.

It’s no secret that DeMar DeRozan is a massive fan of Kobe Bryant. A fan of the Los Angeles Lakers growing up, the Compton-born DeRozan has often talked about how he grew up idolizing the Lakers guard, studying the way he played the game and taking cues from the Mamba for his own game. Bryant’s retirement in 2016 left his sneaker line with Nike void of an active flagship player to promote the line.

DeRozan has been wearing Kobe’s going back to his high school days in Compton, through 9 seasons in Toronto, and up to the present in San Antonio. There aren’t too many stories better than a local kid in the Los Angeles area who grew up idolizing their hero and eventually was entrusted with being the bearer of their hero’s brand.

For his first regular season game in the Silver and Black, DeRozan chose to go with an older model, the Kobe IX BHM Elite. Released back in 2015 on Martin Luther King Jr. Day to tie in with a Nike promotion focusing on Black History Month (this is where the BHM in the title comes from), the Kobe IX Elite is a high-top version of the IX. It features extensive use of Nike’s Flyknit technology, which is meant to make the upper part of the shoe much lighter on the foot and is a more breathable material overall. Upon their release back in 2014, the Kobe IX Elite retailed for $225.

Interested in any particular player’s choice of sneakers? Ever play pickup or shootaround in these? Let us know in the comments!