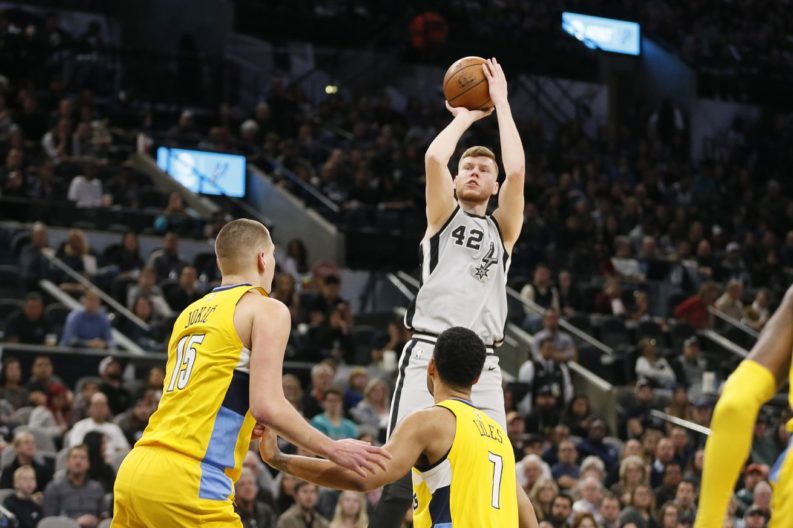 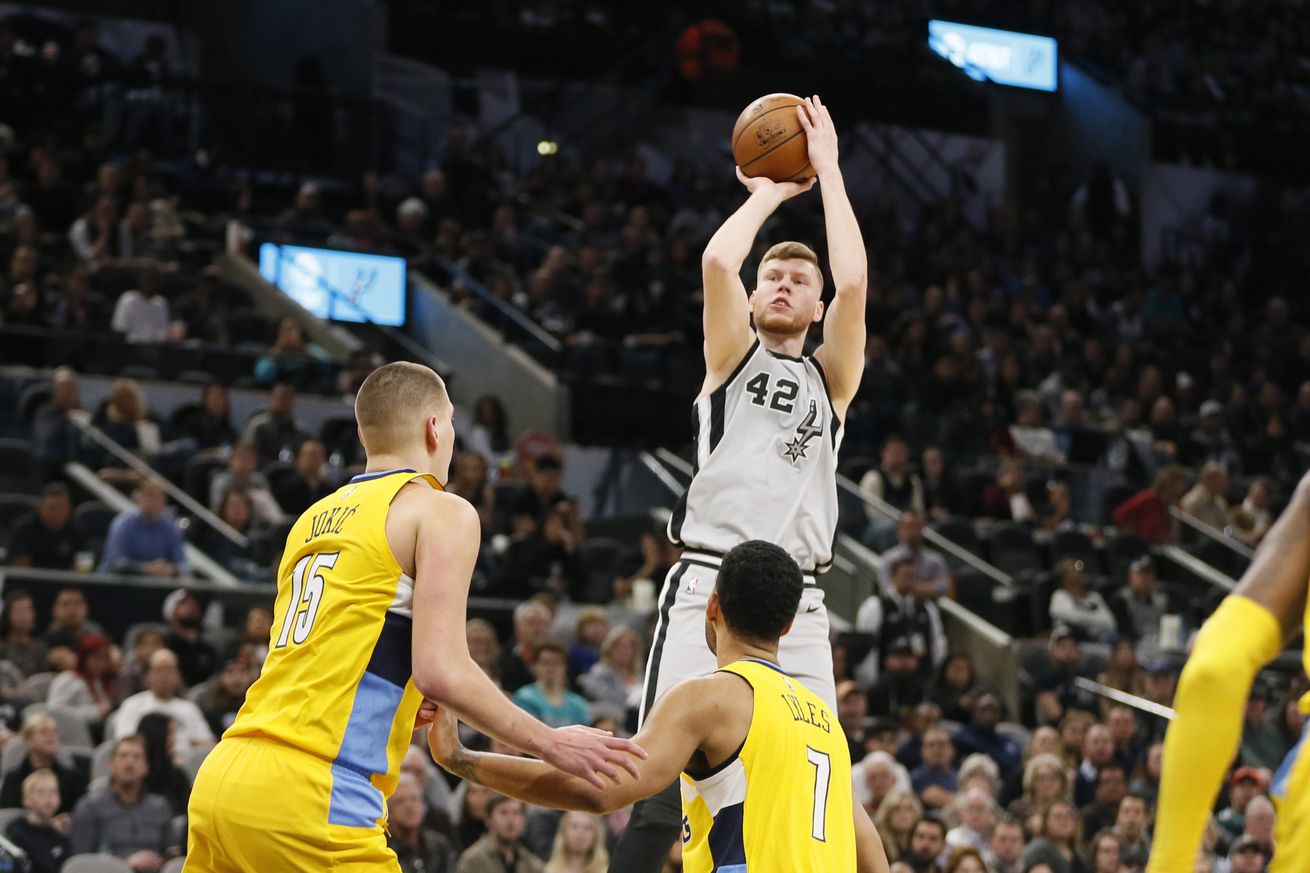 The Spurs welcomed back three starters and offered a glimpse of how good a full-strength team might be.

For most of this season, foul trouble for LaMarcus Aldridge or a three-point, three-turnover effort by Patty Mills might have spelled doom for the Spurs, who have seen their margin of error diminish as their injury reports have grown.

That wasn’t the case in Saturday’s 112-80 blowout of the Denver Nuggets, as they welcomed back Kawhi Leonard, Tony Parker and Danny Green; played nobody more than 28 minutes, and reminded the rest of the league that they’re still far from reaching their potential, whatever it may be.

Aldridge picked up his third and fourth fouls at the start of the third quarter, both coaxed by star center Nikola Jokic (who had 23 points, 9 rebounds and 7 assists on the night), and the Nuggets quickly cut their deficit to six coming out of the half.

And that was as close as it got.

Leonard, returning from a three-game absence, scored four straight points from the free-throw line following Aldridge’s exit. He went 9-for-11 from the stripe overall, consistently breaking down the Denver defense and not shying away from contact around the rim. The Klaw’s team-high 19 points came on just eight field goal attempts, impressive efficiency considering he’s still searching for his natural fluidity and burst.

Even a non-actualized Kawhi Leonard can still wreak havoc on the defensive end. He had four steals again on Saturday, the third game in a row he’s racked up that many, and helped set the tone for a defense that held an opponent to 80 points or lower for the third time this year.

What also helped: the Nuggets going as cold from deep as the Spurs were hot. Denver shot 7-of-28 from long range, and no one aside from Jokic seemed to find any sort of rhythm offensively. San Antonio meanwhile hit 14 of its 27 attempts, with six of them coming from Davis Bertans. Bertans made the most of his entry early in the first quarter, continuing his hot start to the calendar year (more on that later) and spearing a 53-point night by the reserves.

That’s the kind of bench production that Spurs fans have grown accustomed to seeing over the years — one that’s been limited until now by injuries, forcing nearly everyone into makeshift roles. Only now does it seem like things might (::knocks on wood::) finally start to come together.

But that doesn’t mean that the Spurs have been in a holding pattern, either. Beyond Aldridge’s resurgence, the Manussance, and the improved play of Bertans and Bryn Forbes are smaller developments, like that of a new pet play.

This one originally caught my eye at the end of last month, only to hear that PtR’s resident basketball superbrain Jesus Gomez had it on his radar since last season. It’s a fun sequence that, as Gomez correctly highlighted a few weeks later, simply wasn’t working.

By design, Pau Gasol gets the ball at the top of the key, while two guards simultaneously cut around the big man, towards the rim. Gasol can then make a read on either cutter who, if no pass is made, will flash back to the three-point line and reset. Here it is three weeks ago:

Here’s the same play a few weeks ago pic.twitter.com/Zu7l4z9ct2

The Spurs have persisted. Against the Lakers on Thursday, they experienced the closest to a Eureka moment yet, with the offense only scoring far after the initial cross-screen action.

That is, until Saturday, when the play not only created an open look at the basket — it led to Manu Ginobili puncturing another hole in the space-time continuum with this one-handed slam.

We’re 44 games into the season and the pieces for this team, both systemic and anatomical, are still coming together. It’s not ideal, considering the perennially galvanizing Rodeo Road Trip is less than a month away, but it’s also exciting. In many ways, the season is just getting started.

With Saturday’s game sandwiched between a pair of three-game road trips on opposite sides of North America, the Spurs barely had a chance to enjoy any home cooking. Consider this more of a layover, as they’ll be in Atlanta on Monday, before heading up to Brooklyn on Wednesday and Toronto on Friday.

Green spoke on the rigors of their January schedule:

“At this point, it seems like we haven’t been home. We’re taking it in stride. It’s a good character-building phase for us, and to get everybody rolling and get used to playing on the road.”

Davis Bertans, making the most of his opportunities

Bertans ended 2017 with the same kind of inconsistent playing opportunities he saw for most of the year, going scoreless through the last four games and averaging just over five minutes each night.

Those will hold, until they don’t. Matchups still matter, and Rudy Gay should be coming back in the coming week or so. In the meantime, it’s great to see Bertans earning his minutes on both ends of the floor (a contest at the rim in the fourth quarter drew an immediate applause on the sidelines from Gregg Popovich) and delighting fans by doing things few other people in the world can:

No Spur has a higher average shot distance than Davis Bertans. Largely because he can do things like this: pic.twitter.com/oT47Cbkw4G

Before he left for the night, asked Popovich about upcoming MLK Day…with environment today, does it make the day standout more #Spurs #NBA pic.twitter.com/6YN6qg0MVR