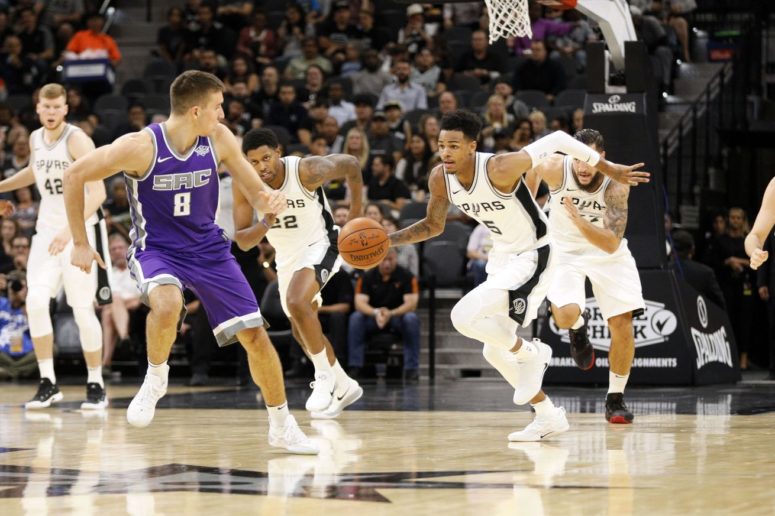 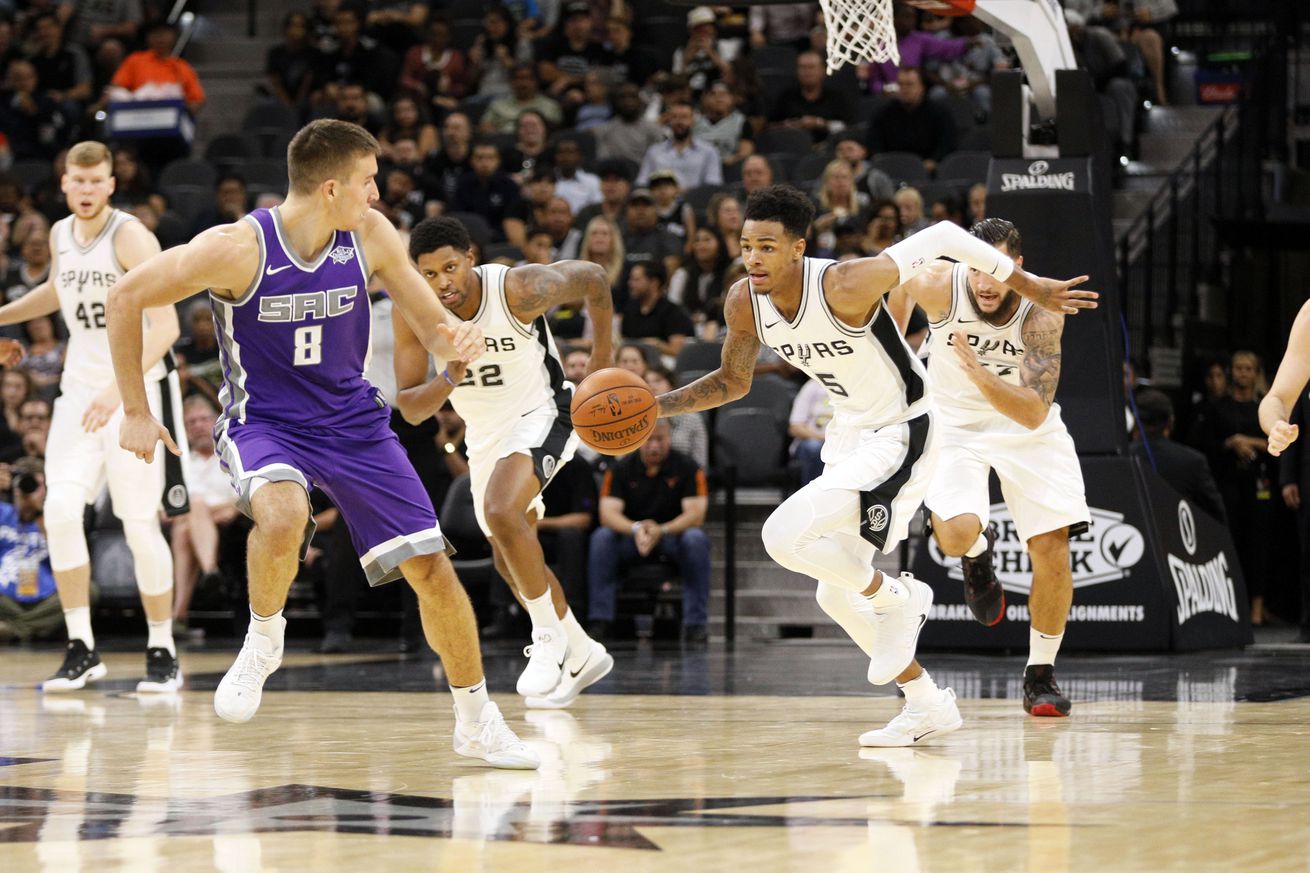 In their preseason opener in Sacramento, the Spurs were outplayed by mostly first- and second-year pros. Friday night’s rematch in San Antonio began with more of the same as the team was outscored 24-15 in the first quarter and struggled to move the ball, create off the dribble, and slow down the Kings attack.

The Spurs aren’t expecting to hit the ground running this regular season. Earlier this week, Manu Ginobili said that San Antonio won’t “start full throttle”, and Danny Green said he felt the same. It makes sense — Tony Parker’s absence, Kawhi Leonard’s somewhat murky health situation, and Rudy Gay’s return to playing shape are enough reasons to curb expectations for a team that is used to sprinting out of the gate.

That said, from the second quarter on the Spurs gelled, aided by the team’s ability to stretch the floor. Pau Gasol, Green and Patty Mills all knocked down threes as the Spurs chipped away at the deficit until they drew even toward the end of the second period.

New arrival Joffrey Lauvergne had a lot to do with that. Lauvergne may earn comparisons to former Spurs David Lee and fellow Frenchman Boris Diaw for his versatility and high IQ, but his motor alone will endear him to fans early on. He worked the boards, ran the floor hard, directed traffic, found cutters out of the high post, and finished around the basket.

He wasn’t the only fresh face to impress. Brandon Paul scored nine points and made several plays that showed he’s capable of filling the void left behind by Jonathon Simmons. The parallels between the two are clear — like Simmons, Paul is an athletic wing in his mid-20s that could flourish with the right Spurs seasoning — but they are fundamentally different players.

Assistant coach Ime Udoka noted some of those contrasts after the game: “He’s a good overall player; probably ahead of Jonathon defensively, and Jonathon may have been ahead of him offensively, but he does a lot of different things.”

Rudy Gay also showed some flashes, including a strong finish as he went baseline and dunked the ball in the second quarter. Gay got the start at small forward in Kawhi Leonard’s absence, providing a reminder of what kind of length the Spurs can throw on the court, especially when Dejounte Murray is at the one.

The Spurs picked up where they left off in the third, executing in the half court and providing a few highlights in the open floor, none more exciting than Danny Green’s left-handed slam over Willie Cauley-Stein.

Green finished the night as the high-scorer, with 20 points on 8-of-13 shooting. The team won’t count on that kind of offensive output from Green, but it was encouraging to see him in rhythm and playing with confidence.

Patty Mills chipped in 15 points, assuming his usual role as a spark plug off the bench. He went 6-of-11 from the field, and looked great shooting as he came off the pick and roll. LaMarcus Aldridge and Pau Gasol both looked sound, as well.

It was, from top to bottom, a promising performance from the Spurs, and hopefully something to build on moving forward. We’ll see how they come out on Sunday, when the Spurs host the new-and-improved Denver Nuggets.

Gregg Popovich wasn’t on the Spurs bench, as he left coaching duties to assistants Ime Udoka and James Borrego. He was spotted quietly looking on a few rows back, sitting next to Monty Williams, Ettore Messina and R.C. Buford.

Manu Ginobili got the night off, but is expected to play on Sunday afternoon against the Nuggets. Chances are he would have played if there had been another day or two between games. Fellow quadragenarian Vince Carter didn’t play for the Kings, and George Hill and Zach Randolph also sat out.

Udoka said Kyle Anderson had landed awkwardly during practice and was given time to get over his soreness, which allowed Gay to start and the other wings some additional playing time.

Defense from the point

Murray picked up a couple of blocks, as well as a steal that led to an and-one finish. Once the guys learn to play together, size and length will be an asset for the San Antonio defense.

As the third traditional big on the Spurs’ roster, Joffrey could make a major impact this season. “He does a bit of everything,” Gasol said of him after the game. Udoka added, “He’s been great. He’s been a pleasant surprise — very good passer, probably better than we expected, but he does a lot of things well.”

Lauvergne said he doesn’t have any expectations for what his role on the team will become, but whatever it is, he said, “I will be ready — I am ready.”