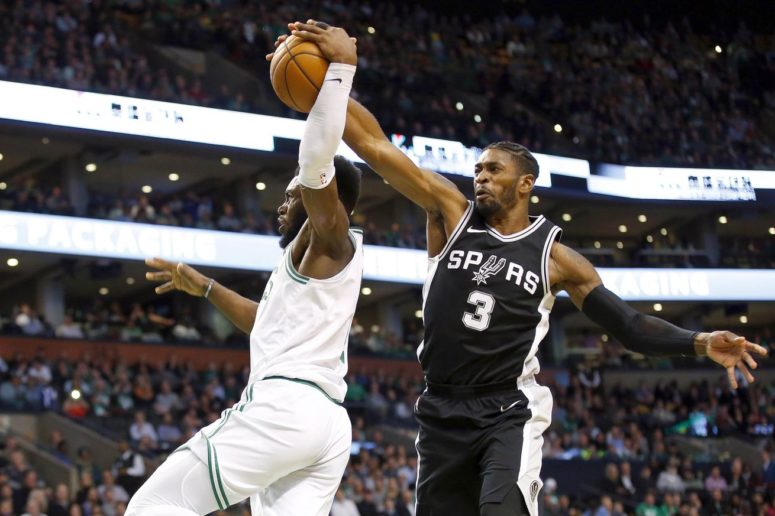 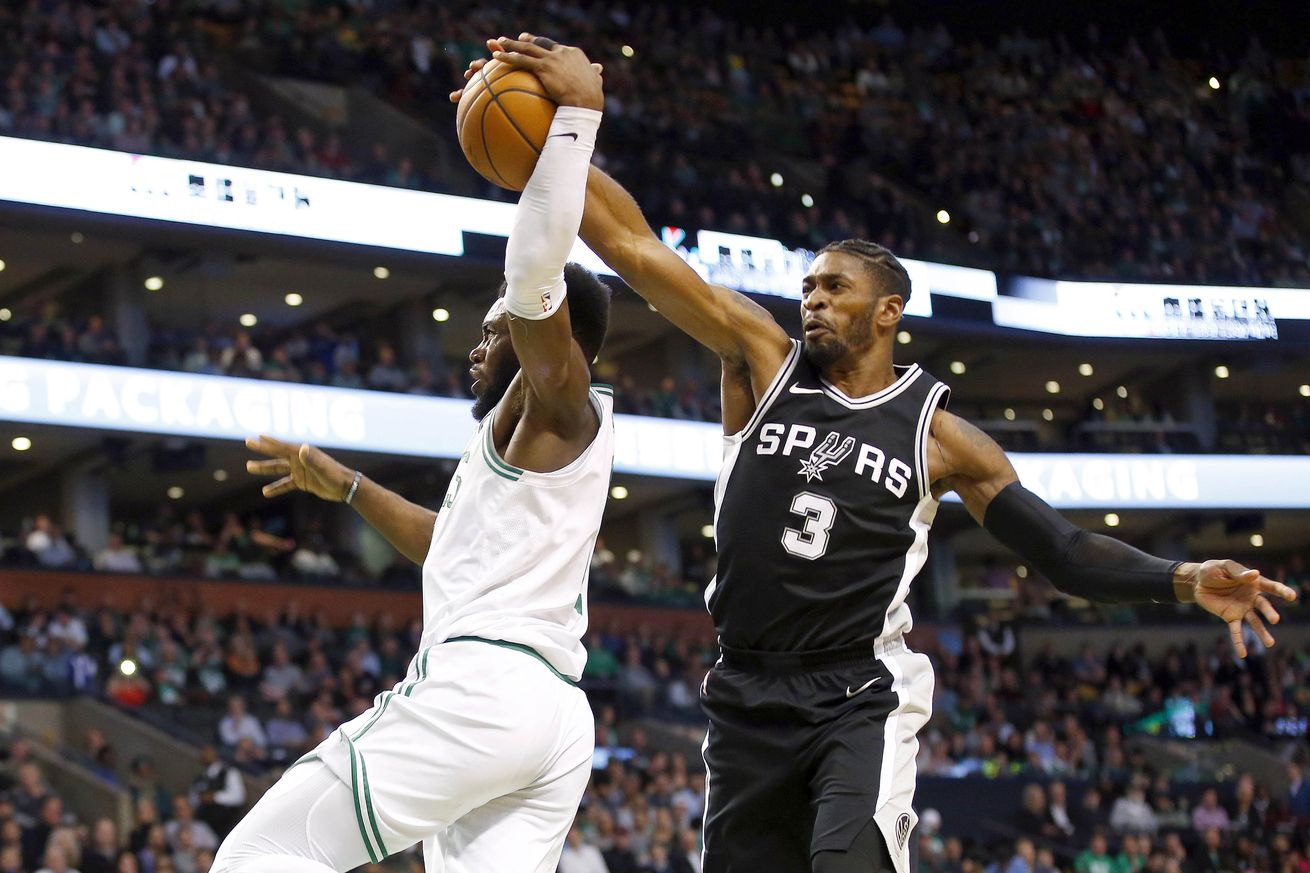 Time to go home and rest after a 1-3 road trip.

Two stats that have been areas of concern for the Spurs this season are three-point shooting (30.8 percent for the season) and turnovers (14.5 per game). Some of that can be contributed to missing Kawhi Leonard and Tony Parker, but like every other game this season they weren’t available. That being said, if you were told the Spurs hit 12-26 from three and only turned the ball over 11 times tonight, you’d think it was a good outcome.

Unfortunately, that wasn’t the case as they lost 108-94 to the Boston Celtics. The Spurs look like a team that has either played or traveled nearly every single day of this season so far, and that’s probably because it’s true. Other than having two days off between the season opener against Minnesota and second game in Chicago, the Spurs have had no more than one day off between games, and each game has been in a different city.

Add that to a short-handed team on it’s first back-to-back of the season, and the Spurs looked tired and sluggish in their third straight loss. They were about a half step slower in every aspect of the game. Free throws (10-20) and even bunny shots were mostly short – classic signs of a tired team – and this was the first game of the season that the Spurs got beat on the boards (54-40).

After being the Spurs’ hero through the first six games, LaMarcus Aldridge’s streak of six straight games scoring 20 plus points came to an end. The effort was still there for the big man, but he looked spent after averaging 36 minutes during that span. Even Dejounte Murray looked a step slow, or maybe just out of sync, but regardless 10 points and five assists couldn’t make up for five turnovers in a game where taking care of the ball was actually one of the few things the Spurs did well.

Speaking of which, if anyone has been wondering what value Parker still has, tonight was a pretty good indicator. The Spurs were in desperate need of someone who could handle the ball, direct the offense, and create a few shots, and that was nowhere to be found. Murray is back to looking like a second-year player who was thrown into the fire after a red-hot start to the season, and after a strong preseason, Patty Mills has reverted to 2015 post-shoulder surgery form.

You never want to tell shooter to stop shooting, but his shot just won’t fall, and as a result his shot selection is getting steadily worse. Mills was chucking up every look he could get tonight in desperate search of a rhythm, but many of them were forced, rushed, or off-balance. Yes, Mills needs to shoot to find his stroke, but the best thing he can do right now is let the shots come to him. That was understandably difficult with Manu Ginobili sitting this one out, but the Spurs really need Mills to get himself and the bench unit back on track.

After a long but quick four-game road trip spanning the eastern half of the country, the Spurs can now finally get some rest before the defending champions come to town for a Thursday tilt, which kicks of a welcome six-game home stand. Hopefully a day off and some practice will get the good guys rested and back on track.

He was one of the few players who had any legs left for this one despite playing a career-high 30 minutes. Although he got burned a few times on defense, he never quit. He was the only Spur to hit 50 percent or more of his shots outside of garbage time, and his signature hustle was there all night.

It’s hard to find much to like about this one other than the young gent listed above, but if I had to pick something different it would be Pop staggering Aldridge and Pau Gasol’s minutes while Joffrey Lauvergne is still out. The two big men are decent together and have some good high-low chemistry, but for some match-ups they’re better apart. Both provide their own mismatch issues against other small-ball line-ups, and it’s certainly more ideal than having Rudy Gay try to box-out Aron Baynes.

Pop waiting until garbage time to go with fresh legs. While it likely wouldn’t have affected the outcome, it may not have hurt to give Davis Bertans some burn before garbage time, which could have resulted in some fresher legs for Aldrdige and Gay in the second half when it all fell apart. Unfortunately that wasn’t the case, and all of the main guys were completely spent by then.

The Spurs return to the AT&T Center on Thursday to face the Golden State Warriors. The game will be nationally televised on TNT at 7:00 PM CT.