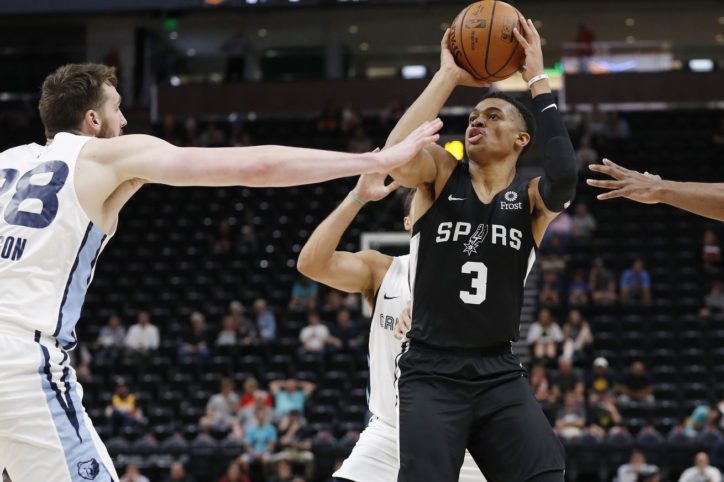 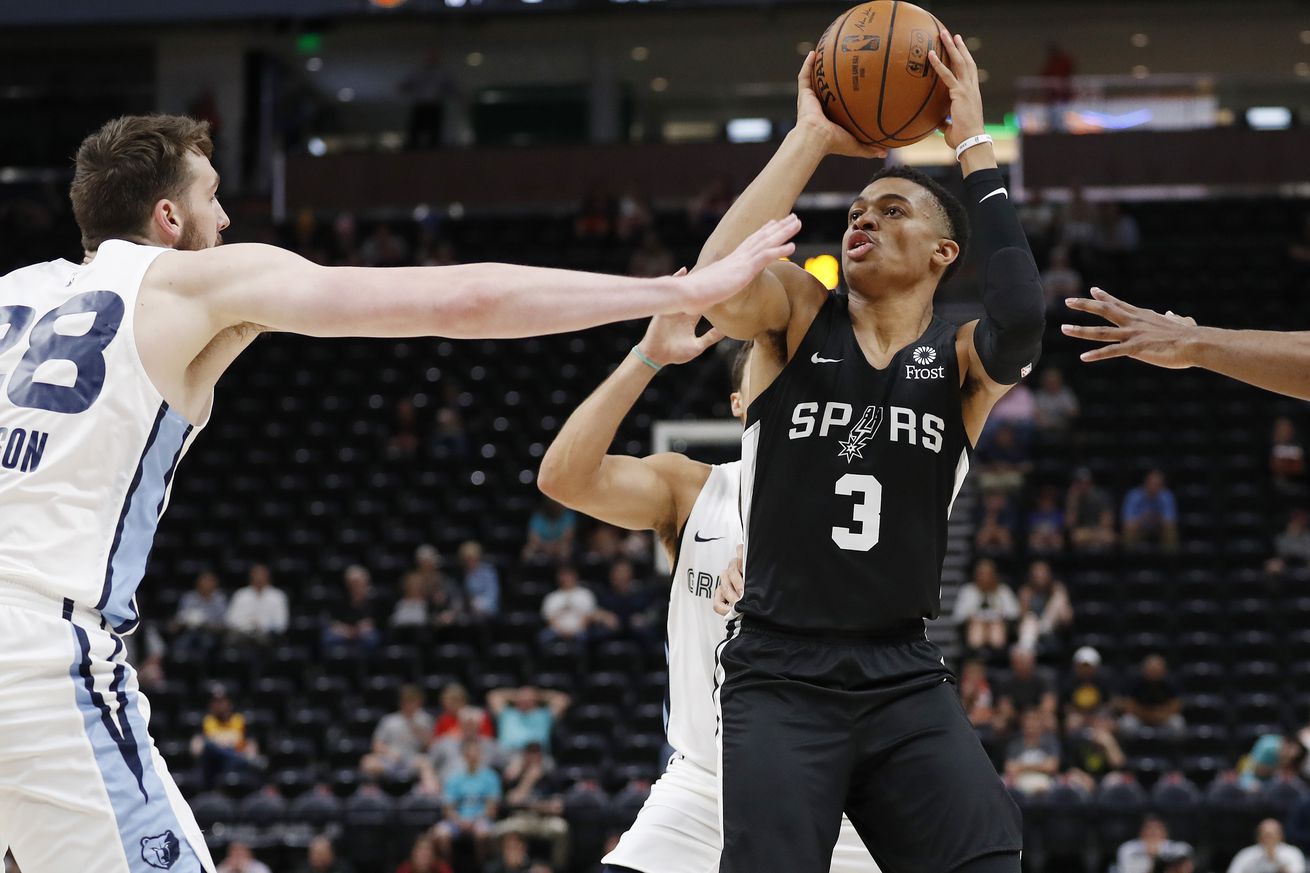 How did our 2019 first-rounders follow up their Salt Lake City debut?

The San Antonio Spurs dispatched the Memphis Grizzlies 99-84 in their second game in as many days at the Salt Lake City Summer League.

Lonnie Walker IV, Drew Eubanks, Darrius Morris, and Quinndary Weatherspoon were ruled out as healthy scratches before tip-off, but the Silver and Black didn’t miss a beat in their absence. In fact, the shorthanded Spurs put on an entertaining offensive clinic.

There were turnovers aplenty and fouls galore from both sides, but San Antonio’s first-rounders still put their massive potential on display. Here’s a look at how they stacked up in their second game of the summer.

For as well as he played 24 hours ago, Luka looked like a different player out on the floor tonight. He started slow, caught fire in the second quarter, and fell silent for the rest of the outing.

He was active for much of the first half but became visibly exhausted as his minutes piled on. While his lack of stamina is a tad bit concerning, I wouldn’t worry too much.

Samanic is looking winded. Dropped a pass and knocked in a basket for the Grizz in the last minute. Time out Spurs

Most of this can be chalked up to a smaller role in Europe combined with the task of banging down low with older, stronger, more experienced players. Not to mention the higher elevation in Salt Lake City added another obstacle to overcome.

He struggled to knock down his open looks from three-point territory and committed four silly turnovers. Despite a down game, the Croatian point-forward flashed his vision, shooting touch, and ability to protect the rim.

Crazy good sequence for Luka Samanic. Knocks a 3 off the PnR and then with some great defense, which leads to a block pic.twitter.com/CLe2JuvOj4

Luka finished with 9 points, 4 boards, 3 assists and a single block to his name. Nothing to write home about, but at least he impacted the game in a variety of ways while showing off his wide array of skills.

Whatever first game jitters got to Johnson on day one were nowhere to be seen in game two. Johnson led all scorers with 29 points and was the best player on the court by a country mile.

The former Kentucky Wildcat shot an efficient 10-of-17 from the field and dropped in a half-court heave to beat the buzzer in the third.

KELDON AT THE BUZZER FROM THE LOGO pic.twitter.com/MZnfHRS95D

His confidence was sky high, and much like fellow rookie, Keldon did a complete 180 from Day 1. His defense was spectacular and his off-ball movement was outstanding. However, what was most impressive was his nose for the ball. Johnson chased down several rebounds and pestered ball handlers into committing frustrating turnovers all night long.

I expected Keldon to struggle mightily with no Lonnie in the lineup, and he proved me wrong. Not only did the 19-year-old bounce back from a less than the stellar debut, but he proved to be the more NBA ready of San Antonio’s two first-round selections, at least on this night.

He wasted few dribbles, made the most of his open looks and played the kind of stingy defense head coach Gregg Popovich loves. To be honest, he was the spitting image of a young Klay Thompson tonight. I’m not saying that’s his ceiling, but it’s hard not to see the similarities when you run back the game tape.

The Spurs return tomorrow to take on the Jazz in the final game of the Utah Summer League. Tip-off will be at 8:00 PM CT on NBA TV.