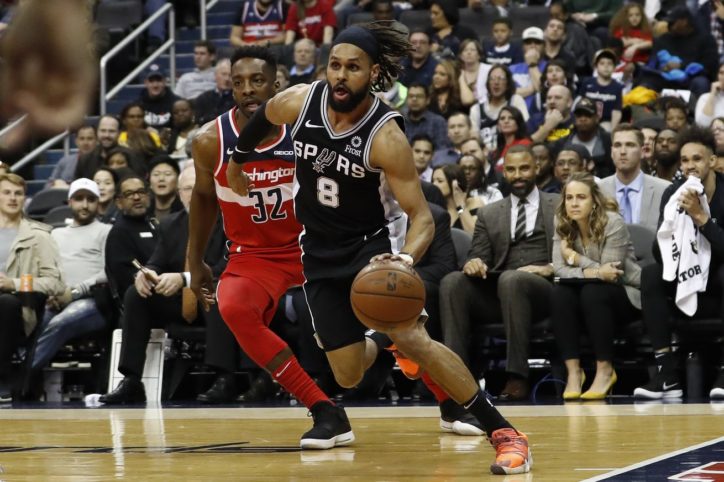 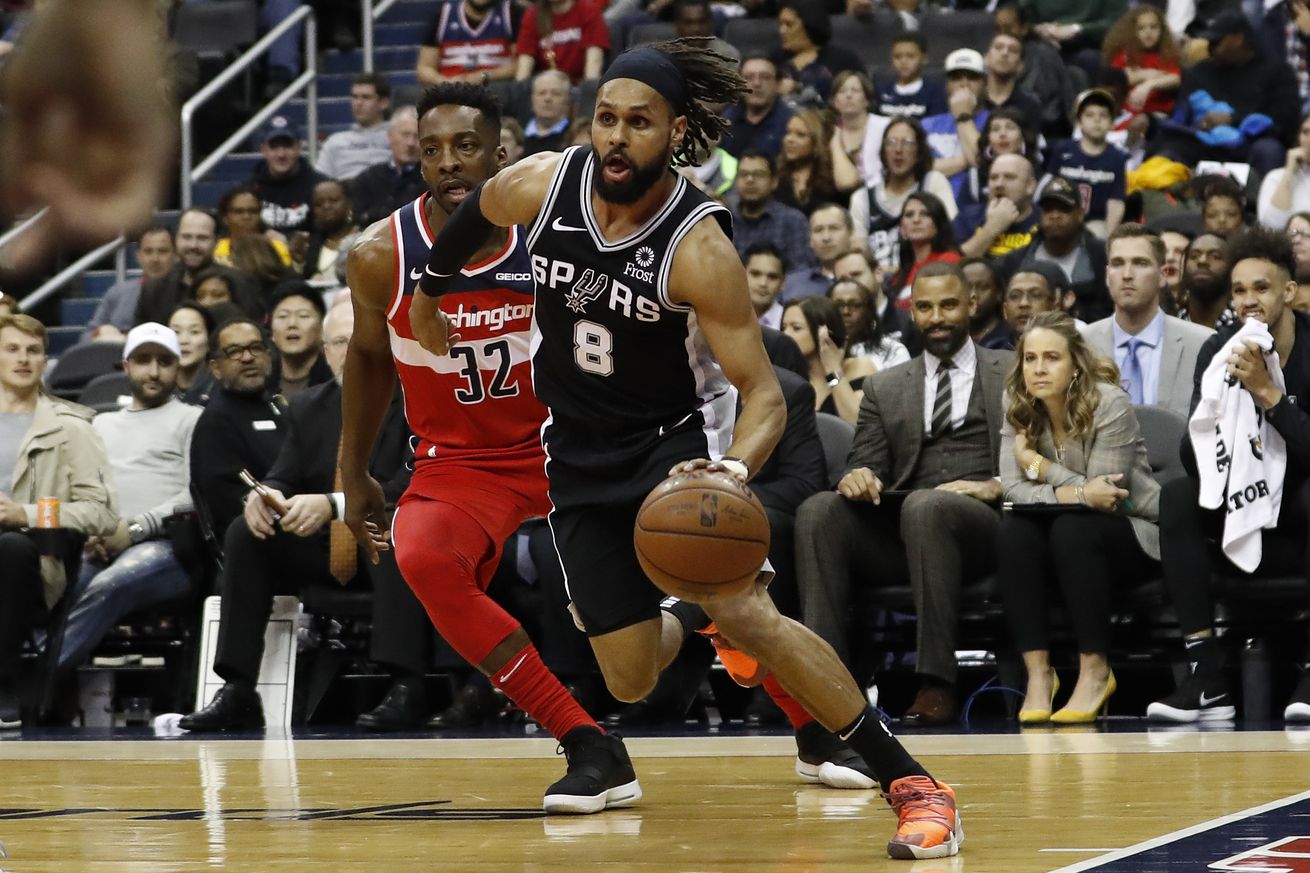 After shooting 38% against the Nuggets, the Spurs’ offense explodes for 129 points on 56% shooting.

Now that’s how it’s supposed to be done.

I don’t know about you, but my greatest frustration this season has been the San Antonio Spurs’ inability to make quick work of those teams playing for ping pong balls this summer. Yes, the losses have hurt — I’m talking to you Phoenix, Chicago, and New York — but those games that the Spurs have barely squeaked out with late game heroics have been just as maddening. In the Spurs’ 129-112 win over the Washington Wizards, Bryn Forbes was the only Spurs’ player to exceed the 30 minute mark. A couple more of these types of games to close out the season would be a welcome change and would provide our veteran players with some much needed rest heading into the playoffs.

Defense doesn’t matter as much when you score 77 points in the first half and 129 in the game. The Spurs’ offense was humming all night. To be fair, the Wizards are in the bottom third of most defensive categories, but the Spurs did not play down to their competition. They had 34 assists on 51 field goals and shot 40% from distance. What made their offense so potent against the Wizards was the unpredictability and aggressiveness of it all. Eight players finished with double-digit points. The Spurs were not just settling for good shots – they were actively pursuing great shots.

The Spurs moved the ball around, keeping the Wizards’ defense on its heels.

I feel bad for whoever was defending Aldridge in this one. He buried his defender deep into the paint all night. Aldridge scored 24 points in 27 minutes, but looked like he could have easily dropped 40 if necessary.

LA doing what he does in the paint pic.twitter.com/EBNDwx3drX

It was also nice to see Aldridge getting into the pick-and-roll action. Too often he settles for popping off the screen. He’s very good at hitting those midrange shots, but he’s very difficult to stop when he’s aggressively trying to get into the paint.

Jakob Poeltl, who is typically strong in the pick-and-roll when given the chance, had a few really nice rolls to the basket against the Wizards. Poeltl is such a graceful finisher. I always tell my wife that if Aldridge had the finishing ability of Poeltl, Aldridge would be a top five player in the NBA.

Overall it was a great team victory. Aldridge, Rudy Gay, and DeMar DeRozan were especially aggressive, but I genuinely can’t pick a single player who stood out. Everybody who got regular minutes contributed in a big way. Well, everybody except Dante Cunningham. That leads me to what might be the only disappointment from tonight’s game. For those hoping we might get a chance to see Lonnie Walker IV build off his fantastic fourth quarter performance against the Nuggets, Cunningham was the one who got Marco Belinelli’s minutes off the bench. Yes, Cunningham is more of a traditional 3 than Walker is, but it was disappointing nonetheless. I’m just gonna leave this here for everybody to salivate over…

The Spurs have their final road game of the regular season on Sunday at 2PM CST against the Cleveland Cavaliers. Let’s hope for a similar result.

The Utah Jazz continue obliterating every opponent in sight, giving them a firm grasp on 5th in the West. The Jazz own the tiebreaker against the Portland Trail Blazers, who start a home-and-home against the Denver Nuggets on Friday. This gives the Jazz an opportunity to take home court advantage from the Blazers by season’s end.

As part of the Get-Buckets-For-Nuggets movement (a phrase I just coined right now), the Spurs did their part by taking care of business in Washington. Unfortunately, the Oklahoma City Thunder ran away from the Detroit Pistons in the fourth quarter, maintaining their 1⁄2 game lead over the Spurs for 7th in the West.

The Spurs are at Cleveland and vs Dallas at home to close out their season. The Thunder are at Minnesota, vs Houston, and at Milwaukee. Unfortunately for the Spurs, the Milwaukee Bucks have already clinched the best overall record in the NBA, giving them little incentive to play their starters the rest of the regular season. The Rockets are still fighting for the third spot in the West, so they will be the toughest test for the Thunder down the final stretch. This means I am going to have no choice but to suck it up and root for the Rockets against the Thunder. At this point all the Spurs can do is try and win out and see what happens.