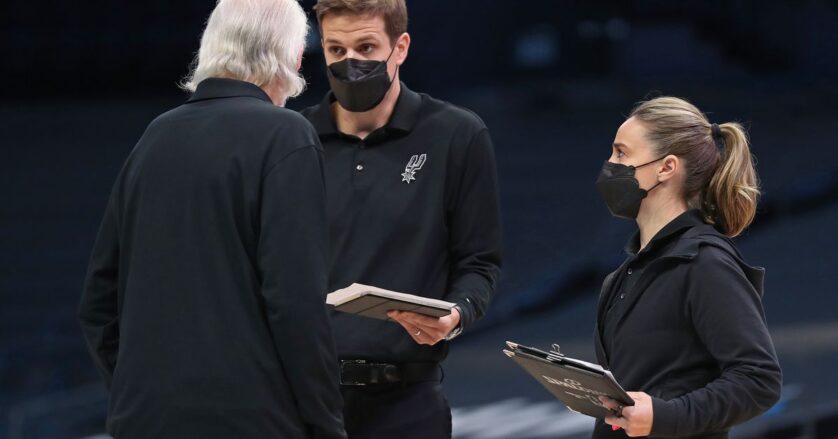 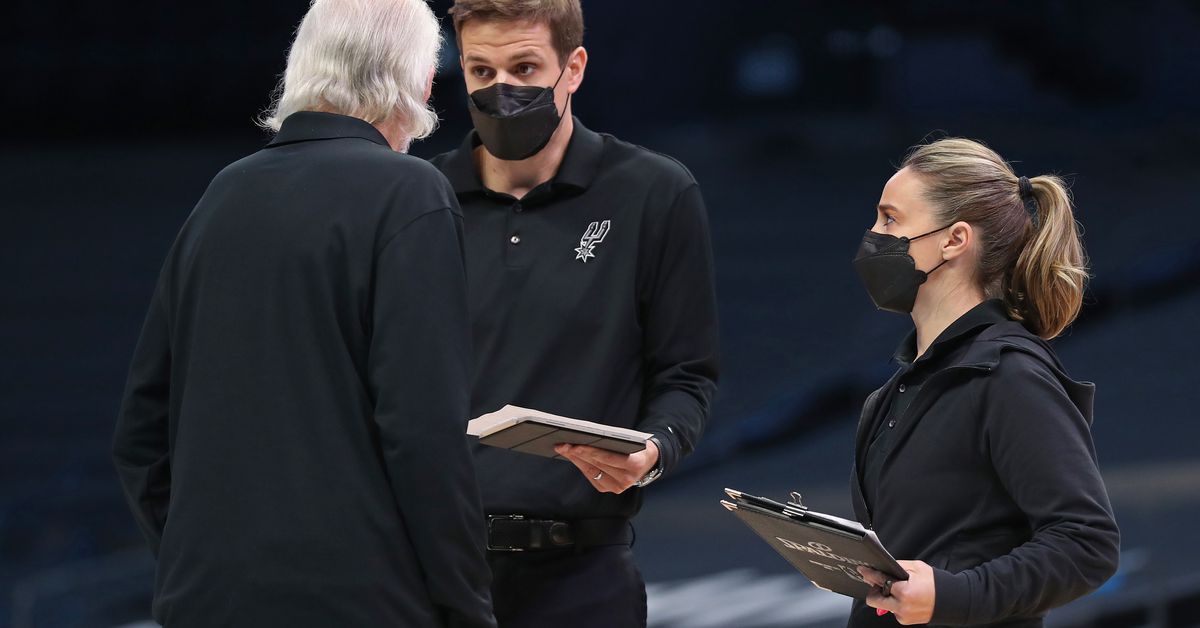 The San Antonio Spurs spent the early part of the season not really getting specifically affected by COVID and the NBA protocols. This week the team had four players test positive and with contact tracing, didn’t have enough players to play the scheduled games.

Week 9: Why does it seem like every time the Silver and Black start a winning streak something happens? After winning against the Atlanta Hawks and Charlotte Hornets, the next three games on the schedule were postponed due to COVID and NBA health and safety protocols (and contact tracing). They are going to start this week with another game postponed (vs Pacers). Hopefully the Spurs have remained in the same mental and physical shape they were in while winning when they return to play the other two games this upcoming week. We can also hope the coaches have been game planning the last few games of the first half of the season. Let’s see if the analysts took the postponements into consideration when determining their rankings.

The Spurs have not played since Feb. 14 because of positive COVID-19 tests among the squad. The NBA said the Spurs had four players test positive and had their games postponed through Monday’s scheduled contest against the Pacers. San Antonio was on a roll prior to the positive tests, having won five of its past six games. — Lopez

The Spurs had all three games this week postponed due to positive COVID tests within the organization. Monday’s game against the Pacers has also been postponed.

Four positive cases on the Spurs have resulted in four game postponements, including a game that was scheduled for Monday in Indiana. They had won eight of their last 11 games before the shutdown, though they had a negative point differential (outscored by one point) over that stretch. While not playing, they’ve remained in sixth place in the Western Conference and in the top 10 defensively.

Last season was the first time since they drafted Tim Duncan that the Spurs ranked in the bottom 10 in points allowed per 100 possessions (they ranked in the top five in 18 of the 22 years in between). But they’ve have seen the league’s third biggest drop (2.9 per 100, with the league average having seen a jump of 1.1). They’re back to being among the best teams in the league at defending without fouling, ranking fourth in opponent free throw rate. And after two straight seasons in the bottom five in opponent turnover rate, they’re in the middle of the pack, with rookie Devin Vassell averaging more deflections per 36 minutes than the perennially disruptive Dejounte Murray.

If they’re back on Wednesday, the Spurs are scheduled to play two of their final five pre-break games against the Thunder and one against Brooklyn’s league-best offense.

Four Spurs players tested positive for COVID, which forced the NBA to postpone all of their games last week. San Antonio is 7-3 in its last 10 games and is surprising everyone being 16-11 this season. It will be interesting to see how the stoppage of play affects them.

The Spurs have gotten balanced scoring with eight players averaging double-digit points, and the young players have all taken a step forward in their development. They all look like great pieces, but none of them have hit the level to carry the team for the foreseeable future.

Not published yet. (writer’s note: This site’s rankings seem to be hit or miss, so don’t hold your breath.)

Will the REST/RUST of this week of postponements HURT/HELP the Spurs going forward? Do you agree with the opinions of the pundits who didn’t seem to take the postponements into consideration? Let us know in the comments.