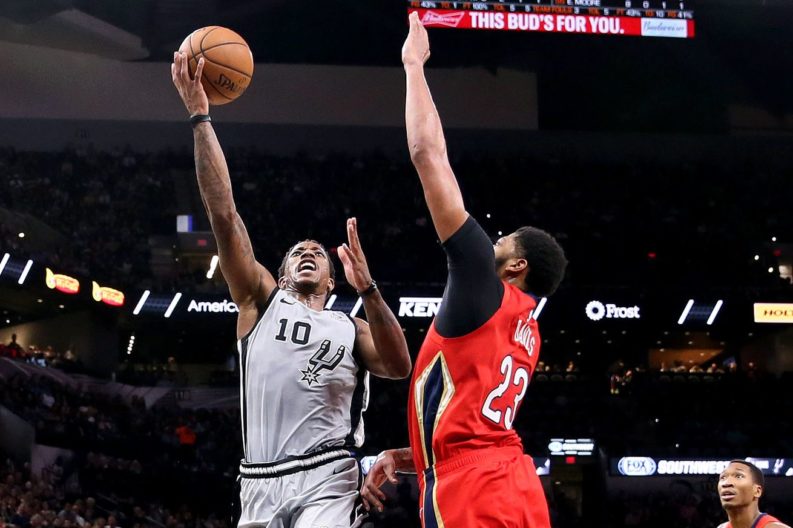 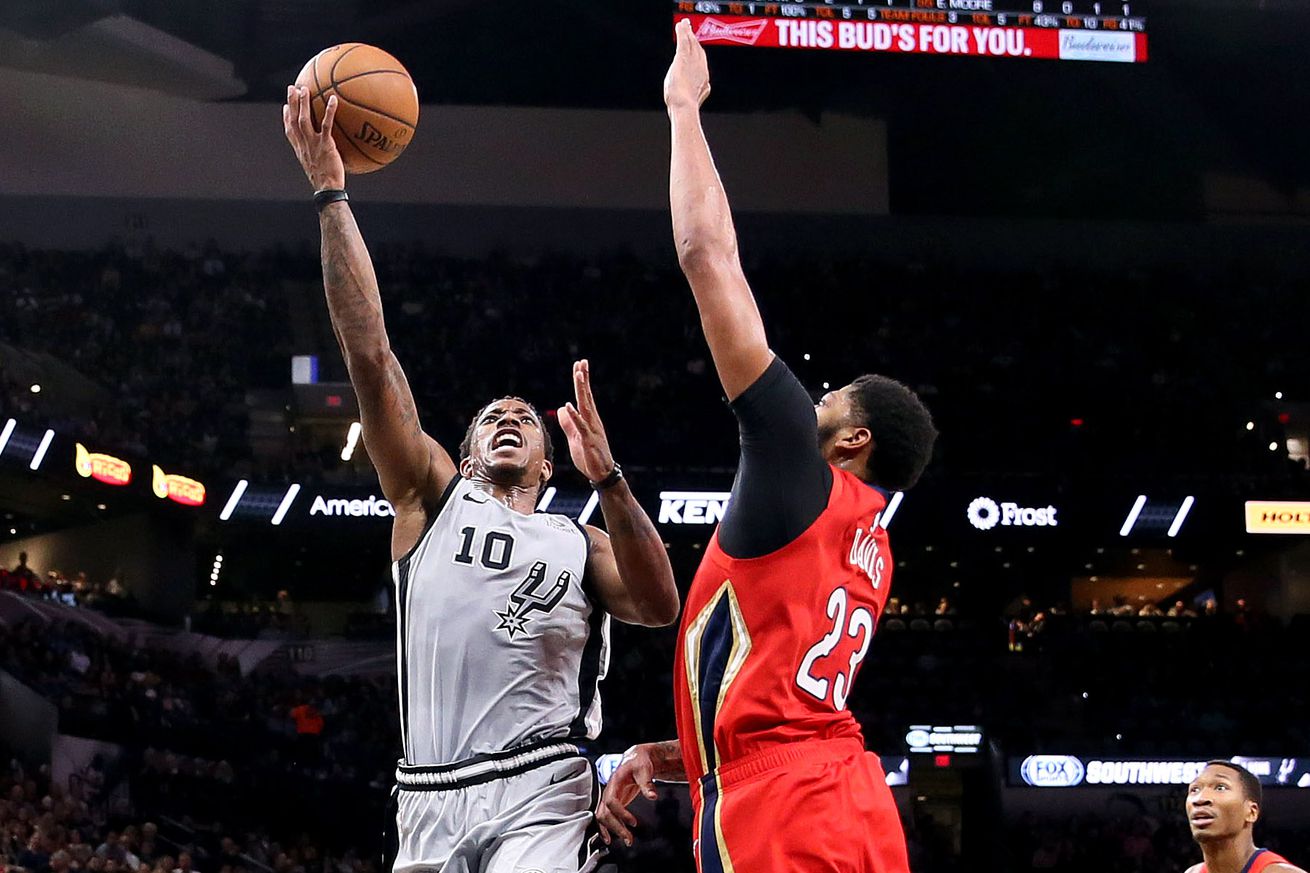 The Silver and Black defense trends upward – sort of.

A four game win streak has coincided with a San Antonio Spurs defensive renaissance. The team started the week dead last in defensive rating (at 118.6) and by Sunday night moved up to 15th at 108.6. The game Saturday night against the New Orleans Pelicans looked to be their best defensive game yet, starting November on the right foot. The good guys had a 94.1 defensive rating for the night and their second game of keeping opponents below 100. LaMarcus Aldridge helped to limit Anthony Davis to 17 points, but transitional defense was porous, leading to Jrue Holiday getting 29 points. Also, Bryn Forbes is gaining confidence as a defender, nabbing 4 steals Saturday night. But Sunday’s battle against the Magic proved that the Spurs still have some work to do.

On offense, the team is clicking and DeMar DeRozan is proving to be the offensive spark the team sorely lacked last season. He is averaging 27.6 points with 51.2 FG%. He’s also embraced his role as the Spurs closer.

Week 3 – Offense on, Defense revving: While they are making improvements on both ends of the court, the Silver and Black aren’t quite back to being the defensive juggernaut of old.

The Spurs, who ranked dead last in defensive efficiency four games into the season, defended like the Spurs of the last two decades during the four-game winning streak that followed, allowing a stingy 95.2 points per 100 possessions. Then San Antonio gave up 117 points in a home loss to the Magic, who shot 50.5 percent. At least DeMar DeRozan’s scoring is consistent — he has had 20-plus points in all but one game, when he finished with 18.

DeMar DeRozan continues to look pretty comfortable in his new home, averaging 28 points over the last five games, shooting 51 percent from mid-range over that stretch, making his last 28 free throws, and daggering the Mavs on Monday with a step-back jumper. The Spurs’ offense continues to score efficiently (114 points per 100 possessions) with DeRozan and LaMarcus Aldridge both on the floor. The Spurs’ defense, meanwhile, had climbed from 30th in the league (before last week) to 16th (through Saturday) by holding three straight opponents (including the Pelicans with Anthony Davis) under a point per possession. And then it allowed the league’s worst offense (that of the Magic) to have its best game of the season (117 points on just 97 possessions) on Sunday. They’ll play nine of their next 12 games on the road.

Outside of Sunday, it’s a great time for Gregg Popovich’s team. Turns out, this DeMar DeRozan guy is really good at basketball. Who would have thought one of the greatest coaches ever could get so much out of a four-time All-Star?

Four wins in a row for the Spurs until they lost Sunday to the Magic. A week ago I noted that the Spurs were last in defensive rating; now they’re sitting at 17th. Offensively, this is one of the most conservative teams in the NBA. The Spurs have the top assist-to-turnover ratio in the league, and rank 27th in pace. No team shoots even close to as many mid-range shots as the Spurs. No team turns it over less.