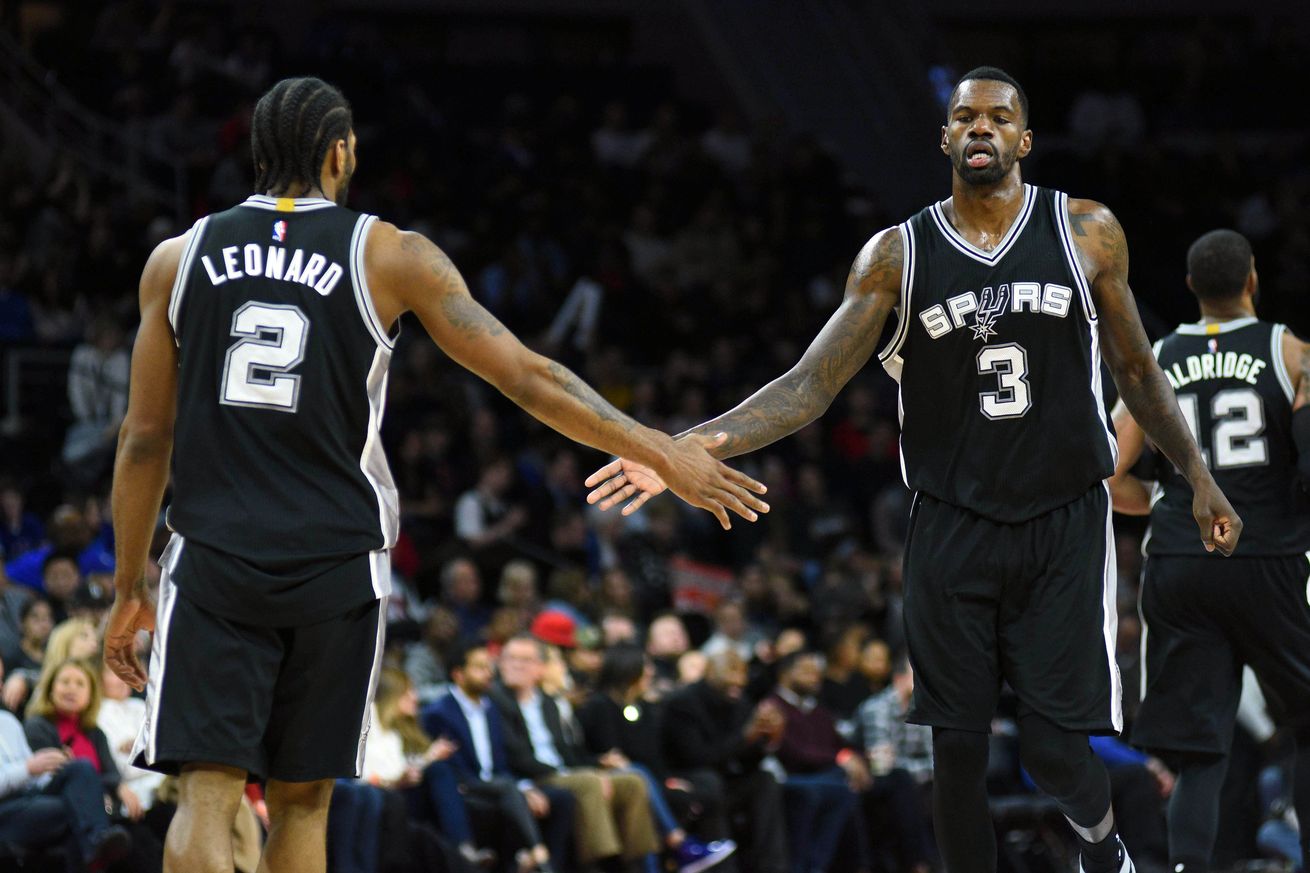 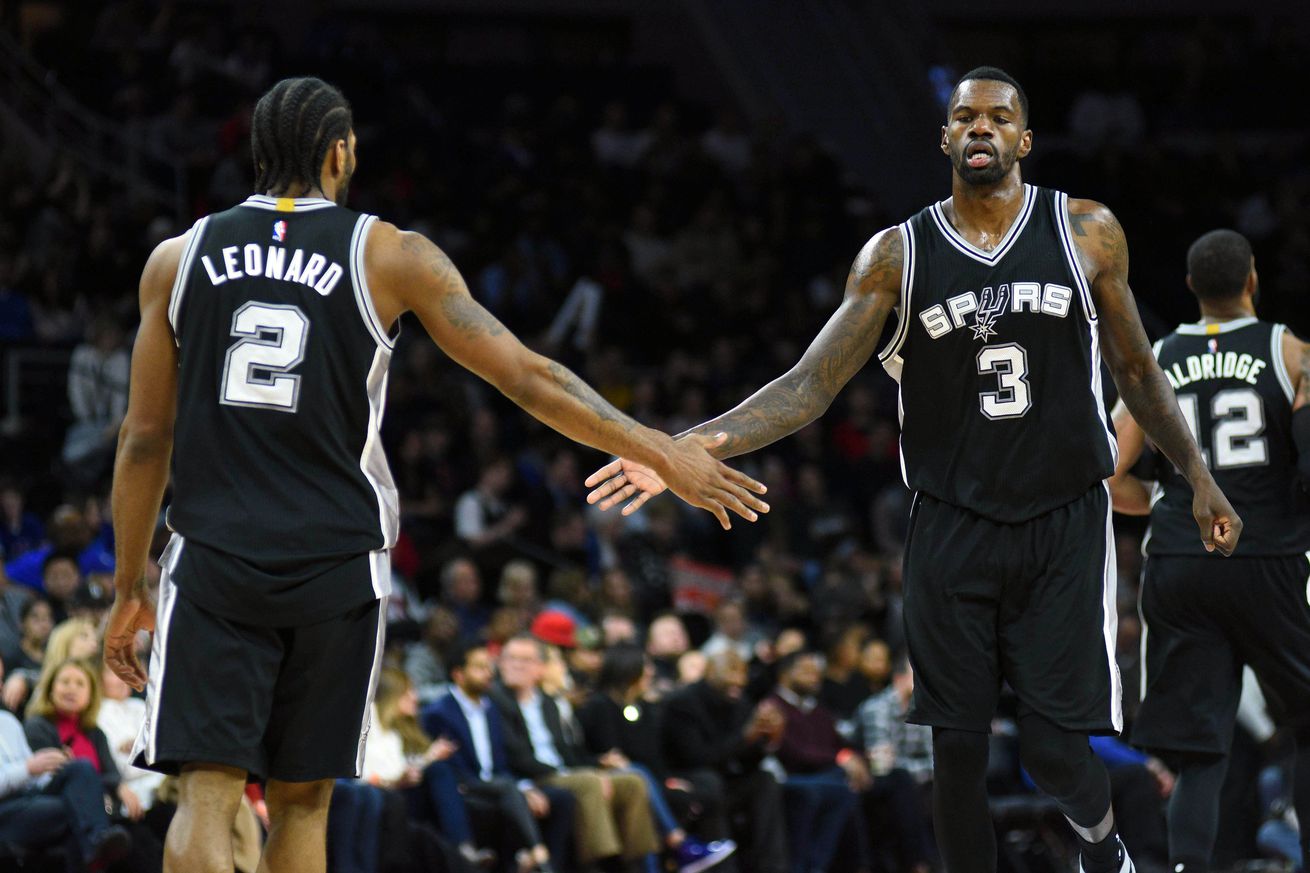 A bittersweet rumination on the plight of Spurs role players

It’s part and parcel with the Spurs fan experience, a gift and a curse. Their coaches are so good, their culture so established, their stars so tuned in to the principle of making their teammates better that year after year they bring in raw, unpolished randoms, largely unknown, unloved and unwanted, and turn them into valuable contributors. Every once in a while, like with a Danny Green or a Patty Mills, they find and cultivate guys who are so young, so talented and so vital, that they do what it takes to keep them, resulting in tough sacrifices elsewhere. More often than not however, PATFO shrug their shoulders, wish their free agents the best and send them on their way.

We saw a couple such examples on the Pistons bench in big men Aron Baynes and Boban Marjanovic. If not for the constraints of the salary cap one or both of them might still be Spurs. However, they had to leave, which made way for Dedmon, a 27-year-old who came to basketball relatively late in life and who hasn’t found his place in the league yet, having had cups of coffee with the Warriors and Sixers in 2013-14 before spending two years-and-change with Orlando, where he was mostly underutilized and underappreciated.

You don’t need me to tell you that Dedmon has been a lifesaver and a revelation for the Spurs, and not just because of Pau Gasol’s injury either. He’s been their best their best interior defender and has given the team a badly-needed dose of athleticism up front.

Against the Pistons on Friday, Dedmon delivered a tour-de-force performance, drastically outplaying Andre Drummond en route to a season-high 17 points and a career-high 17 rebounds in 32 minutes while cramming home alley-oop feeds from Mills, Tony Parker and Kawhi Leonard.

Thanks largely to Dedmon’s efforts, the Spurs dominated a Detroit squad that leads the league in defensive rebound percentage and is one of the best rebounding teams overall. They won the rebounding battle 52-35, with a pronounced 20-to-7 edge in second-chance points, with the Pistons having come into the game having allowed the fewest of those in the league (9.9 per game).

It was never much of a game, really. The Pistons got good efforts from a couple of reserves in Tobias Harris and Ish Smith, but even though all five of their starters scored in double digits, none of them was all that efficient and nobody broke out. They were balanced, but not special, certainly not enough to hang with another “routine” 30-point outing from Leonard —his 17th of the season— and a solid 19-and-11 from LaMarcus Aldridge. The Spurs starting frontcourt combined for 68 points on 50 shots, with Parker dishing a season-high 12 assists and Green throwing in four threes. David Lee was the only one who contributed much of anything off the bench, but it simply didn’t matter for the visitors, who shot 50 percent overall, 9-of-19 from outside and managed 27 assists. (There was a particular passing sequence in the second quarter that went Mills-Ginobili-Mills-Aldridge-Simmons-Ginobili-Mills-Bertans that was rather lovely.)

It wasn’t a perfect game by any means, not with 20 turnovers, but they kept the Pistons off the glass and off the free-throw line, limiting all their avenues to stay in the game as the shooting disparity between the two clubs is significant. It was one of those games where the Spurs got out ahead early, didn’t let their opponent make any runs or highlight plays and never let the crowd get into it.

One can only imagine how frustrated Stan Van Gundy must’ve been watching Dedmon having his way inside. It’s one thing to get beaten by Leonard or Aldridge, but you don’t expect a 17 and 17 from the Spurs starting center with Gasol out. The Pistons spent a fair amount on both Baynes and Marjanovic and while neither have been busts, they haven’t had the kind of impact the team is looking for either. Both are reportedly on the trade market. Team dynamics are always a tricky thing. Sometimes Spurs role players go on to bigger and better, like a Cory Joseph or a Hedo Turkoglu, while most of them –Gary Neal, Francisco Elson, DeJuan Blair, Roger Mason—quickly fizzle out after leaving the club. Guys almost always find ways to be the best version of themselves with the Spurs though, and it’s a credit to the coaches and leaders of the team for getting that out of them.

Dedmon, Mills and Jonathon Simmons will all be free agents when the season ends and the Spurs will likely lose two of them if not all three. If they really do see a bright future for Dedmon, if they view him as they did Green for example, they’ll find a way to make the numbers work, somehow, someway. I won’t ever doubt R.C. Buford’s sorcery. But the odds are some club out there will value Dedmon more than the Spurs do and we’ll have to shrug our shoulders and wish them the best.

And then wait for them to find the next guy we’ll miss one day.

The fourth leg of the RRT will have the Spurs visiting “The Big Apple” for a nationally-televised afternoon tilt with the Knicks. I haven’t really kept up with how they’re doing. Anything in the news lately?