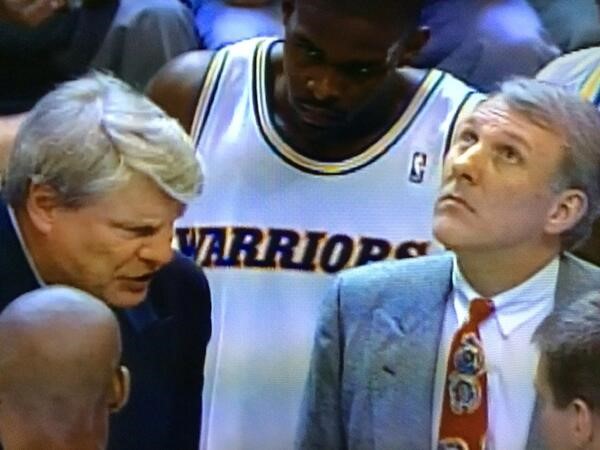 Gregg Popovich Talks About His Years With The Golden State Warriors As An Assistant Coach.

Vacationing somewhere in a mountainous region of Northern California, Don Nelson laughed heartily when told some Spurs fans are wondering if Gregg Popovich can adjust to life without Tim Duncan.

“I’ve got to laugh because Pop will adjust to anything,” Nelson said. “He’s an intelligent guy. He will make the best of anything.”

He then took it a step further.

“I’ve been around a lot of leaders in my life,” the Hall of Fame coach said, “but I’ve never been around a better leader than Pop.”

That’s saying a lot considering Nelson played with Bill Russell, was coached by Red Auerbach and coached against Michael Jordan.

Next year will mark a quarter of a century since Nelson hired Popovich to serve as his top assistant with the Golden State Warriors.