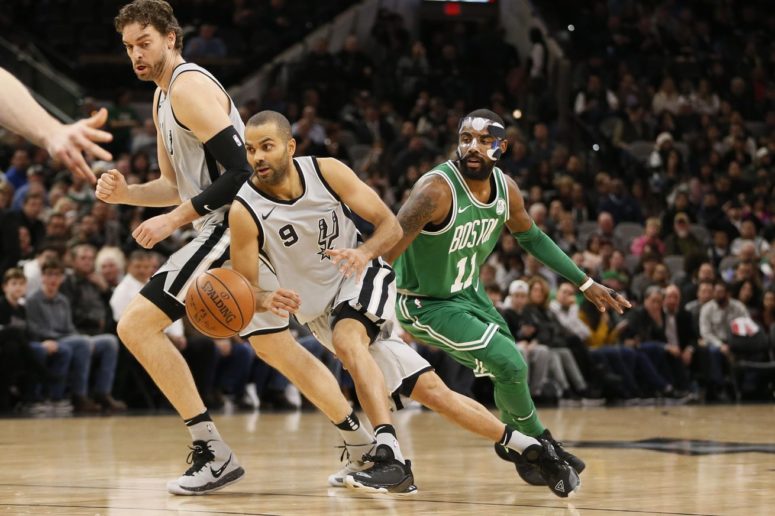 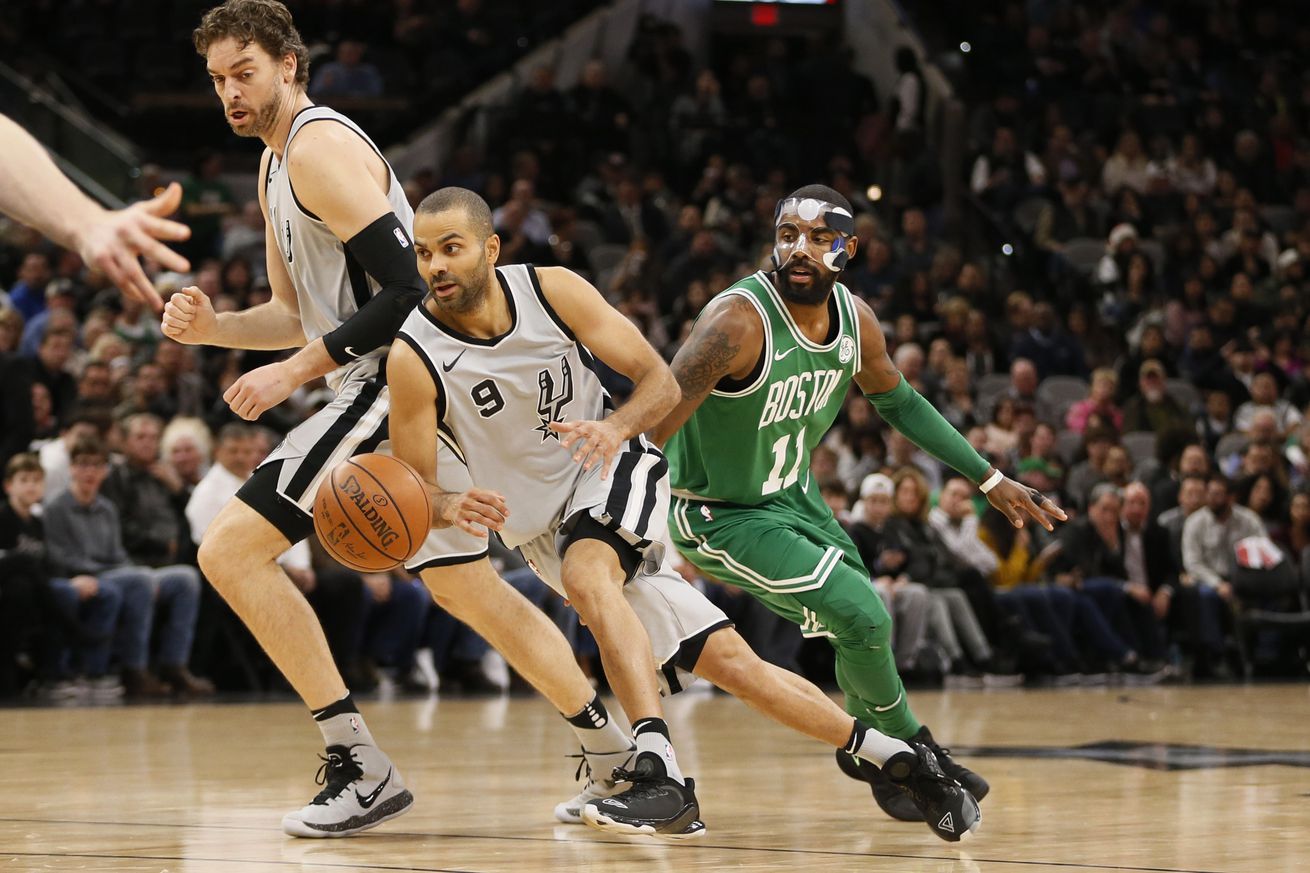 The Frenchman’s penchant for attacking unsettled defenses is an element San Antonio’s offense has missed.

When you’ve run the show for the better part of 16 years, like the Spurs’ Tony Parker has, you pick up on the recurring defects in NBA defenses and learn how to exploit those little glitches to turn them into impromptu points. When you master these dark arts as well as Parker, you gain the liberty to go off-the-cuff to create the kind of unscripted, yet semi-orchestrated, possessions the Spurs are known for.

Against a defense as sound and well-coached as Boston’s, leveraging even a split second of disjointedness into a scoring opportunity is an imperative given how tough they are to score on in the half court.

Tony Parker gets the ball up quickly and pressures the defense which creates all kinds of problems for Boston’s defense. pic.twitter.com/y80yRQZWcg

The clinical set of tic-tac-toe passes Parker initiates by attacking the paint on this play in the fourth quarter got the Spurs a crucial basket without having to run a set or grind out a possession deep into the shot clock against a defense that prides itself on forcing opponents into those uncomfortable situations.

The play begins with Parker bringing the ball up the floor, and he was preparing to drive to the basket as soon as he crossed half court. With Al Horford and Terry Rozier both drawn to Parker on the perimeter, the Frenchman knew he had a sliver of space to dart to the rim if he was able to cross up Rozier and get the ball to his left hand.

Neither Father Time nor his torn quad tendon has been able to take away his lightning quick handle, and even though Horford, an excellent defender, does incredibly well to track Parker underneath the rim, Parker’s probe has done enough damage to put the Celtics’ defense on tilt. If Parker was in a mid-season flow or if the score wasn’t so tight, perhaps the next bit would have been a bit more dazzling, because we’ve seen him make that wraparound dish to the cutting big in this exact situation before.

Instead, Parker’s toss out to Brandon Paul opens up a safer passing lane to Pau Gasol, who found himself free on the edge of the charge circle as Horford shuffled back from harassing Parker. Paul makes a great overhead pass to Gasol, who catches with just enough time to take advantage of the step or two Horford lost while helping on Parker’s drive.

Gasol takes a power dribble to set up Horford for the righty hook before quickly spinning to the baseline, which Horford couldn’t cover because his positioning was off from recovering back to Gasol. Horford’s best defensive assets are his intellect and strength, but Gasol, with Parker’s help, was able to eliminate those advantages with good footwork and a swift decision.

Gasol’s heady work in the embryonic stages of this possession were just as important as his finishing touch. As big men often are, Gasol was the last Spur to get up the floor on this possession, and plenty of times this season we have seen Gasol nestle in at the top of the arc to provide spacing and an outlet pass (including a recent Spurs Playbook session).

But in this instance, Gasol sprints toward the rim as soon as he sees Parker put his head down and start to drive. Gasol knew Parker was about to draw Horford’s attention and recognized the opportunity for a drop off pass (or an open three if one of Boston’s perimeter defenders cheated down to help on him).

Gasol looked like he expected the fancy dish from Parker because he had his hands up when Parker picked up his dribble. When that pass didn’t arrive, he turned around and prepared for the entry pass from Paul before seamlessly transitioning into his sultry spin move. Within five seconds, Gasol made three intelligent reads, all related to the chance to pick up an easy bucket against a defense that is seldom this vulnerable.

On a night when Kyrie Irving once again displayed his supernatural ability to manipulate and eviscerate the Spurs’ defense in a way few players in the league can, Parker reminded us he still wields the power to break down the opposition in ways that may not be as eye-catching, but are just as effective.

In regards to a more familial competition, Parker’s performance against Boston (11 points, 5 rebounds, 4 assists in 19 minutes) provided some perspective on Dejounte Murray’s situation. The second-year point guard logged only six seconds against the Celtics and has only played double digit minutes once since Parker returned (excluding his 39-minute outing as a part of the Spurs’ AAA affiliate appearance in Oklahoma City).

Blessed with physical gifts that no other guard on the roster possesses, Murray offers San Antonio a unique archetype. But he lacks the pervasive understanding of the game that develops as the experience is gained, and his instincts are still being tuned to the NBA game’s melodic pace.

Meanwhile, Parker’s impressive play since returning continues to spark the Spurs, who are undefeated with him in the lineup, including solid wins against Detroit and Boston. And even though the gaudy point totals that prime Parker used to accrue might be a thing of the past, it only magnifies the delightful intricacies of his game that have gone underappreciated since he made the difficult transition from scoring guard to floor general.