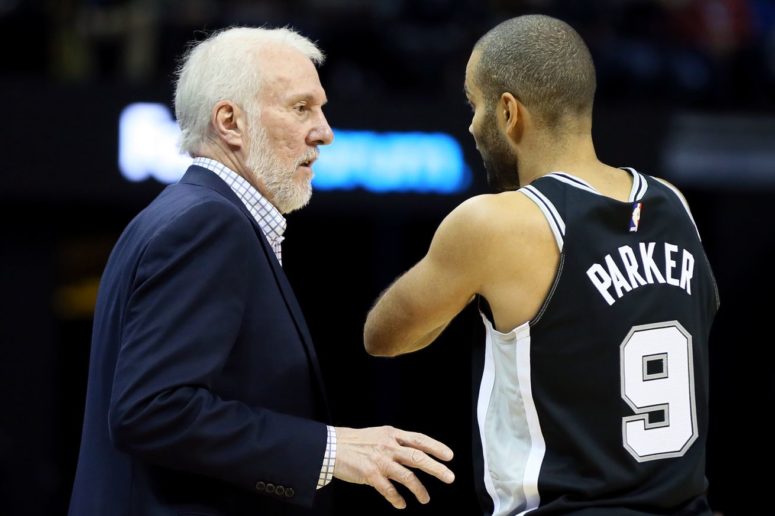 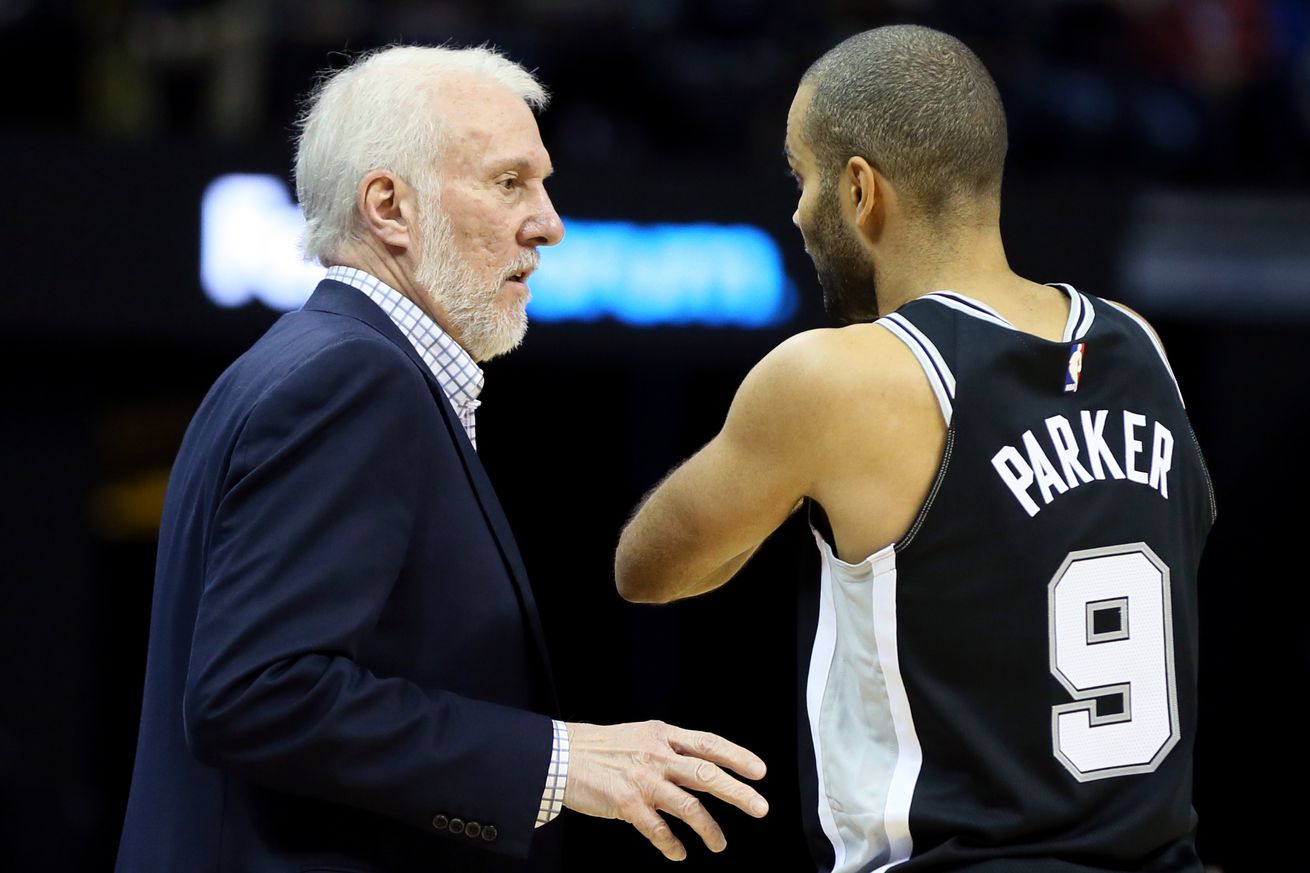 The Beautiful Game made a cameo early on in San Antonio’s victory against the Grizzlies thanks to a number of measured passes and timely cuts.

In the pace-and-space era, the savvy playmakers who excel at getting into the paint and kicking to the open 3-point shooters have replaced the towering brutes of yesteryear as the most valuable creative hubs.

What sets the Spurs apart from teams like Houston (or Oklahoma City or Washington) that have gathered up as many floor spacers as they can to place around their superstars is that, rather than having a single guy they rely upon to break down the defense while every one else stands around, almost anyone Gregg Popovich puts on the floor is capable of handling each position on the assembly line.

For example, look at this possession from Friday night’s victory against the Grizzlies.

This looks an awful lot like the beautiful game to me. #BeautifulBasketball pic.twitter.com/If2Vf4jAmM

The play begins with Tony Parker working off of a high screen from Kyle Anderson while Manu Ginobili and Bryn Forbes space to opposite corners and Joffrey Lauvergne parks himself on the baseline. Anderson’s screen isn’t particularly effective, and his post-screen drift to the left elbow didn’t trouble Memphis (or interest Parker), and the Grizzlies do a good job of keeping Parker from gaining any valuable territory.

With nothing juicy coming from the high screen-and-roll, Parker kickstarts the side-to-side action that is often a more effective way for the Spurs to create and exploit gaps in their opponent’s perimeter defense. Ginobili has been receiving the ball in that exact spot from Parker for more than a third of his life now, and its beautiful to watch how quickly his instincts kick in. Catch, one dribble to open up a passing angle for his left hand, and boom. The ball is out.

Anderson’s own impulses are heady as well. As soon as Manu begins to sling his pass, Anderson has re-positioned his body to receive the ball with forward momentum. It’s such a simple tool, but one that all of the Spurs’ perimeter players get traction out of.

What Anderson magnifies about the value of this technique is that world-class athleticism isn’t a prerequisite; if you catch the ball in a way that allows you to move toward the basket before you even take a dribble, you can gain an advantage on almost any defender. The step Anderson gains on Jarell Martin puts Martin on his back foot, and it gives Anderson the space to release a hesitation dribble, put his head down and drive deep into the paint.

The next part is the most impressive, because it is an inherent bit of freelancing from Parker, who has quickly examined the rest of the action on the floor and spotted these two things: 1) With Lauvergne covered, Anderson might find himself in a crowded position without an active dribble, and 2) Ben McLemore, his defender, has no idea where Parker is.

When Anderson begins to gather his dribble, Parker triggers his cut, slipping right by an oblivious McLemore. By the time Anderson recognizes that he needs to pass, McLemore makes a panicked dash in an attempt to block Parker’s path, but the veteran Frenchman curled his run beautifully, like a striker trying to beat the offside trap, allowing him to catch the ball inside the paint unimpeded.

If you pause the video just as Parker gains possession, it is pretty hard to predict an outcome other than a patented Parker floater. He’s just a dribble away from his comfort zone and there seems to be enough space for him to get it off cleanly. But instead, Parker utilizes what is a essentially a stall dribble, a solitary bounce that buys him enough time to attract the attention of four Grizzlies defenders, opening up the kick-out pass to Bryn Forbes.

Prior to putting the finishing touches on this possession, Forbes demonstrates his own basketball wherewithal, while the man tasked with tracking him, Andrew Harrison, does the opposite.

Rewinding all the way back to Anderson’s drive, Forbes has made a basic positional shift known as a “lift” in the NBA, moving from the corner to the left wing to open up a passing lane for the driver. From that point on, like McLemore on the other side of the court, Harrison has no idea where Forbes is. Parker’s touch fools Harrison even further and also pulls Dillon Brooks off of Ginobili at the top of the key, giving Forbes the space to get a wide-open look at a three.

The drive-and-kick is the foundation for any snippet of flowing, egalitarian basketball because without getting the defense rotating, the driving lanes, passing options and, most crucially, open shots don’t materialize.

The Spurs have struggled to create those advantages without Parker and Kawhi Leonard in the lineup, but their offensive output already looks much better since Parker has returned, and with LaMarcus Aldridge continuing to dominate his individual matchups, San Antonio might have the best of both worlds when it comes to ball movement and one-on-one scoring once Kawhi is back.