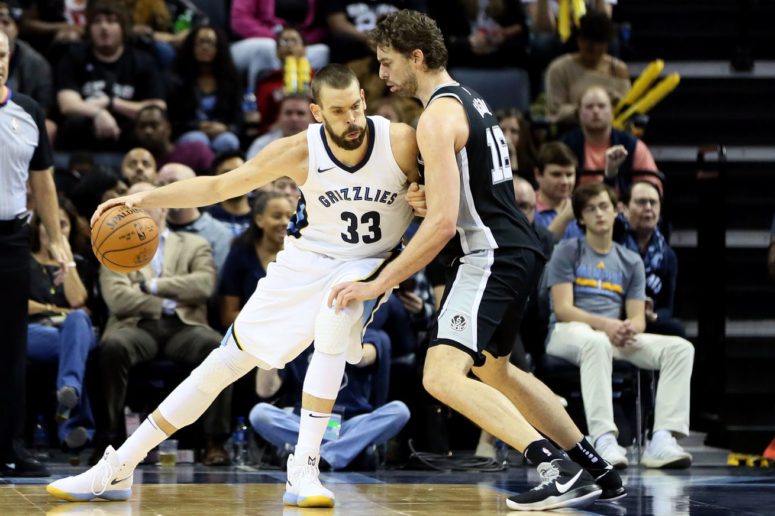 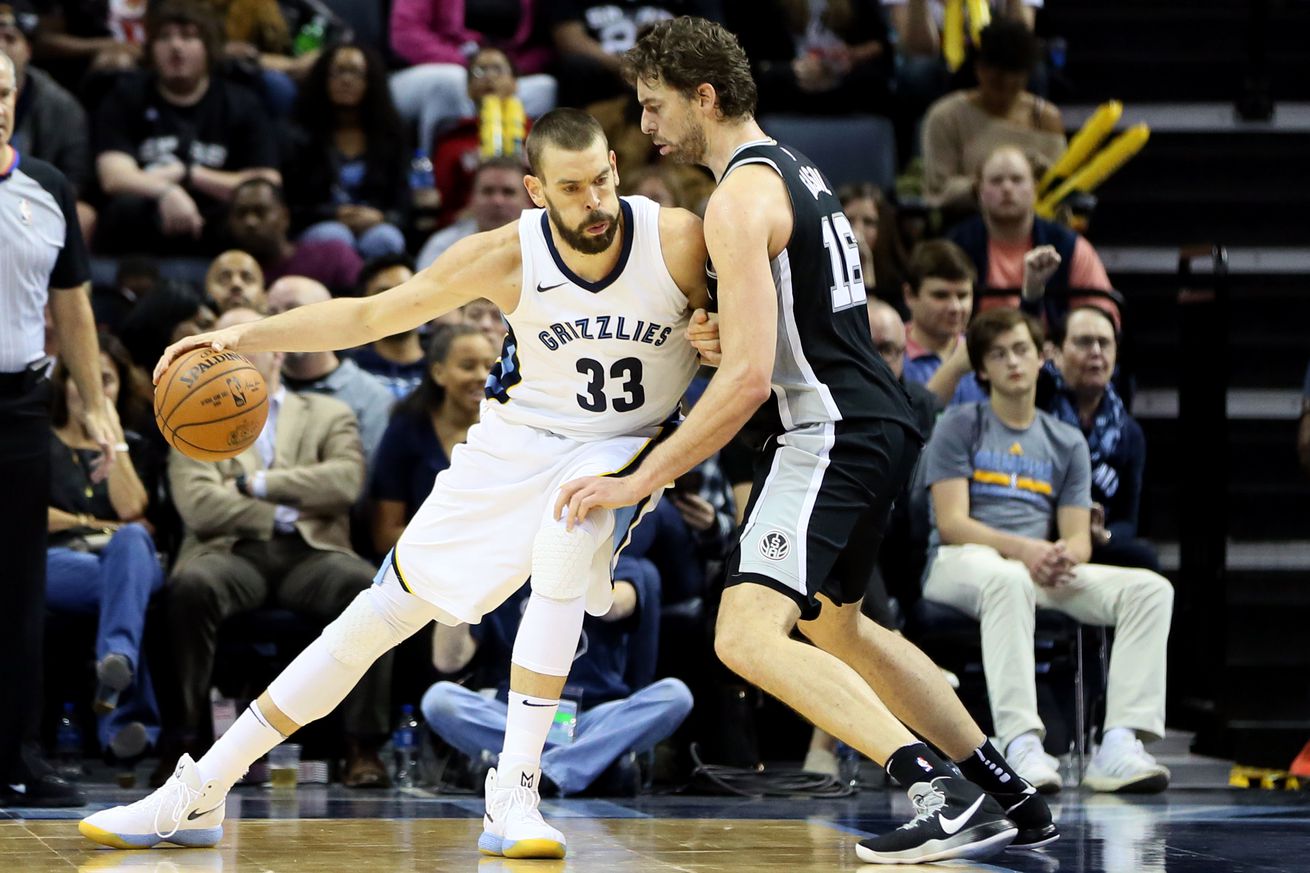 Spurs sweep the home-and-home with a strong oerformance.

Feel free to thank the schedule gods for this week’s double-date with the Memphis Grizzlies. While a pair of victories is nice, the Spurs greatly benefited from facing the Grizzlies twice in a span of three days because they were forced to beat their struggling rival in two very different ways.

Rather than allowing LaMarcus Aldridge to repeat his performance from Wednesday night and torch single coverage defense down low or float for open jumpers outside the paint, the Grizzlies ran a feisty double-team at him nearly every time he touched the ball on offense. For a large part of the game, the chaotic strategy worked: several Spurs possessions ended in sloppy clock management and shaky decision-making. However, the double-team forced the Spurs to go away from Aldridge in the post, which resulted in opportunities for everyone else and a more balanced attack overall.

While Tony Parker had moments of looking a tad rusty out there, his ability to get into the paint completely transformed the offense. Be it dribble penetration or cutting, Parker repeatedly triggered Grizzlies rotations because he got into the paint, which begins the death-by-ball-movement offense that the Spurs are still able to unleash on poor defenses.

Tony finds LA in the corner for three pic.twitter.com/CI5mgIMeUM

Along those same lines, Patty Mills’ patience and craftiness while probing the defense seemed to rejigger the impact he has on the team. His streaky shooting has always been valuable, but his ability to keep his dribble alive and hunt down good looks for teammates makes him much harder to defend. It also allows Manu Ginobili to play off-ball more, and mixing up the ways Ginobili attacks a defense is a good recipe for success.

Many Spurs victories this season have been made up of stingy defense, an endless highlight reel of Aldridge post-ups, and just enough playmaking to keep things afloat. However, Friday’s game was a bit different because of the way the other guys were able to shine while Aldridge showed off his 3-point shooting.

Aldridge went 3-5 from 3 tonight and a good amount of those attempts were the results of him stepping out behind the arc in the flow of the offense. His active participation in the 3-point shooting means the Spurs can play five-out along the perimeter without giving up size or defense, which was on display tonight. At times, the Grizzlies couldn’t score, couldn’t defend Spurs shooters, and couldn’t contain drives to the hoop without giving up something else.

Another result of the scrambling double-teams was the amount of space Rudy Gay had to work in isolation situations. Once the Spurs adjusted to the pace and intensity of Memphis rotations, Gay could commandeer the offense in favor of having nearly an entire side of the court to work against single coverage, which resulted in frequent buckets.

There were still common threads between this victory and previous ones this season. For instance, the Spurs are very difficult to beat when they find reliable playmaking from somewhere on the perimeter. Dejounte Murray, Kyle Anderson and Danny Green have provided doses of dribble penetration at various points this season, but tonight was all about Parker relentlessly attacking in limited minutes and Mills finding a sense of calm after dribbling into the lane.

The Spurs also won the rebounding and turnover battles. With the Grizzlies switching everything on defense and trapping all over the court, there were several opportunities for the Spurs to grab a long miss or get an easy look on offense through mismatches. It was a game that showed how much of a difference good looks and second chances can make.

Though Murray’s defensive ceiling is about a mile higher than Parker or Mills’ and his offensive skillset is intriguing, Parker’s presence just cleans everything up for San Antonio and gives the young guard another mentor to learn from. It puts Mills back in the super-sub role he excels at, it puts a skilled and proven playmaker into nearly any pick-and-roll or give-and-go situation with Aldridge or Pau Gasol, and it provides the Spurs with a trusted ball-handler that has no trouble finding his own shot.

Another positive takeaway from the double-date with Memphis is the way the Spurs nearly doubled their margin of victory in game two. Say what you will about a reeling Memphis squad, but know that beating the same team twice in one week is a nice challenge during the regular season.

The victory in Memphis also nicely showcased the bench contributions. Bryn Forbes earned some nice minutes tonight through a continued discipline on defense and provided shot making, while Gay’s ability to prop up lineups without many scorers is a dimension to the team that has been missing since Manu Ginobili was quite a bit younger.

Playing in Memphis almost always guarantees the opponent a physical battle, but the Spurs were successful tonight because when close to full health, this team has a considerable depth and versatility advantage over the Grizzlies. It was not a usual Spurs win in terms of style, but it was a usual Spurs win in that everyone that played was ready to contribute the minute they got into the ball game.